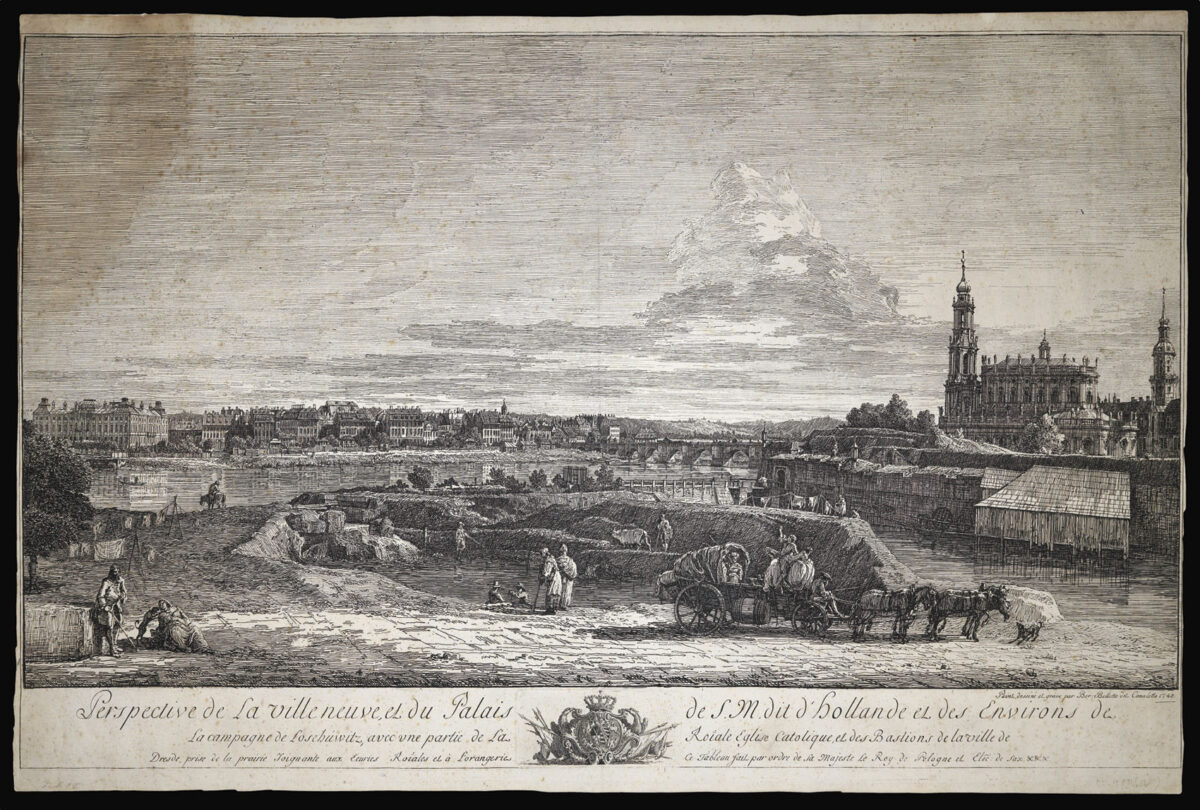 A sweeping view of Dresden from the left bank of the Elbe with Dresden Castle to the right, ancestral home of the Electors (1547–1806) and kings (1806–1918) of Saxony of the Albertine line of the House of Wettin. The castle was reduced to a shell in the bombing raids of WWII.

Bernardo Bellotto (1722–1780) was born in Venice, and was the nephew and apprentice of Canaletto (1697–1768). Initially he painted views in Italy, but from 1747, when the present view was created, he moved to northern Europe and worked often in and around Dresden. In 1767 he moved to Warsaw, where he lived out his life, painting and engraving views of the city which were sufficiently accurate topographically to be used during the reconstruction of the city after World War II.