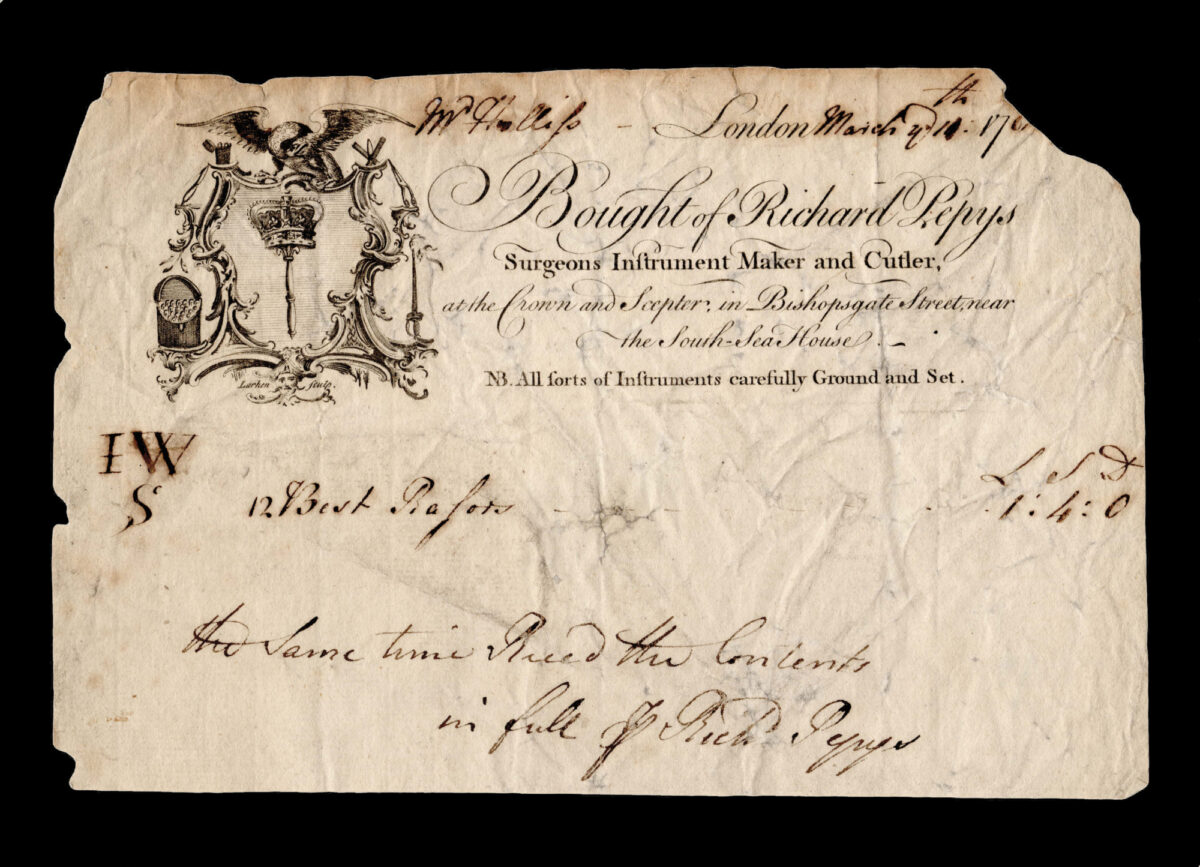 The letterhead was engraved for Pepys by James Larken (1732–1774), who was responsible for a number of trade cards and letterheads of the period (see BM Heal collection) but is now best remembered as the engraver of two of the earliest charts by Captain James Cook, accompanied by his sailing directions, and has his expense: ​‘A Chart of the Straights of Bellisle with part of the coast of Newfoundland and Labradore from actual surveys Taken by Order of Commodore Palliser Governor of Newfoundland, Labradore, &c by James Cook Surveyor 1766’; and ​‘A Chart, of Part of the South Coast, of Newfoundland, including the Islands of St. Peters and Miquelon, from an actual survery Taken by order of Commodore Palliser… by James Cook, Surveyor… 1766’.

Larken had been taken on as an apprentice by James Mynde on February 7th, 1749 for £35 and made Freeman of the Stationers Company on September 5th, 1758. He would later engrave charts for Mount and Page’s, 1764 work, ​‘A Compleat set of new charts… of the Coast of Portugal and the Mediterranean Sea’.

Richard Pepys was a distant cousin of Samuel Pepys, and grandfather of William Haseldine Pepys. Both his son, William (d1805), and initially at least, his grandson, succeeded him in his business. Its location near South Sea House is interesting, as it was once the place of business of The Governor and Company of Merchants of Great Britain trading to the South Seas and other parts of America, at the centre of the South Sea Bubble. It burnt down in 1826. 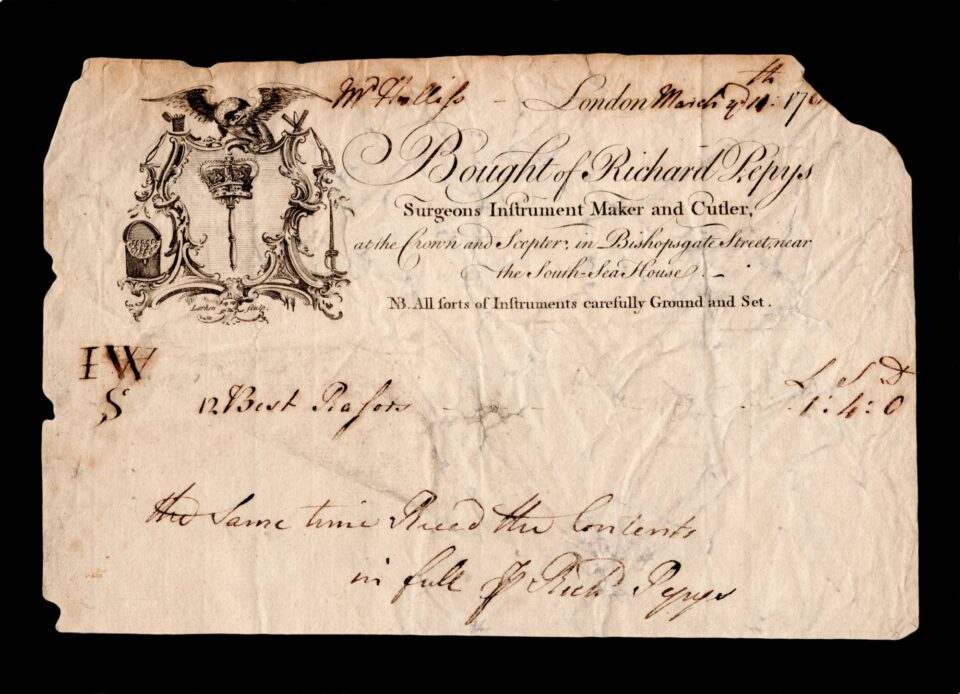