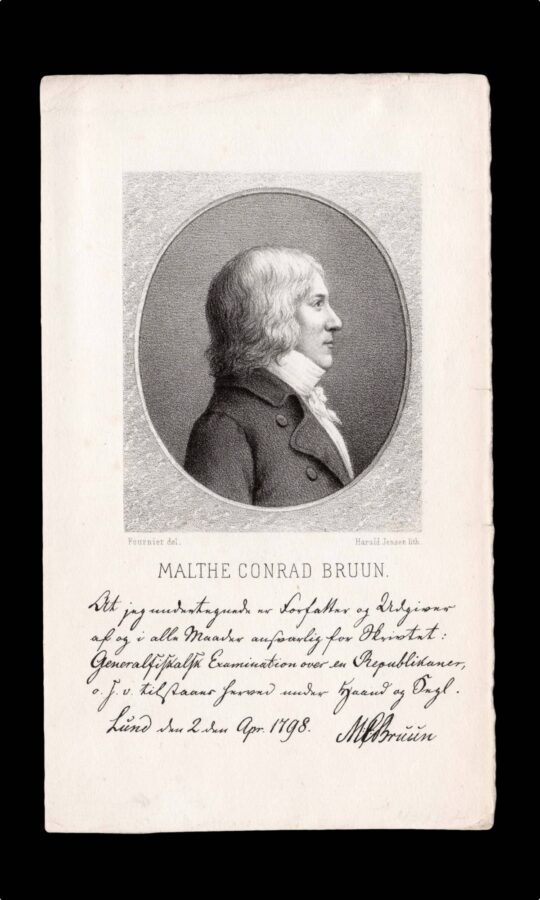 Conrad Malth-Brun (1755–1826) was a Danish-French geographer, cartographer, journalist and map publisher. In 1800 he wrote a geographical treatise, ​‘Geographie mathematique, physique et politique de toutes les parties du monde’, alongside his partner, Professor Edme Mentelle. He also served as the first general secretary of the Société de Géographie, and encouraged the use of recent reports and voyage accounts as the basis for solid geographical and cartographical research. Interestingly, Malth-Brun was also the first person to suggest importing camels into Australia, and the originator of the term Oceania for the continent.

This portrait was made by lithographer Harald Jensen, probably around 1870, and is based on an earlier engraving of the cartographer by a Fournier, probably Pierre-Simon rather than the more famous David. It shows Malth-Brun in profile, wearing a jacket and high white collar; his long hair appears to be his own, rather than an example of the fashionable perukes.