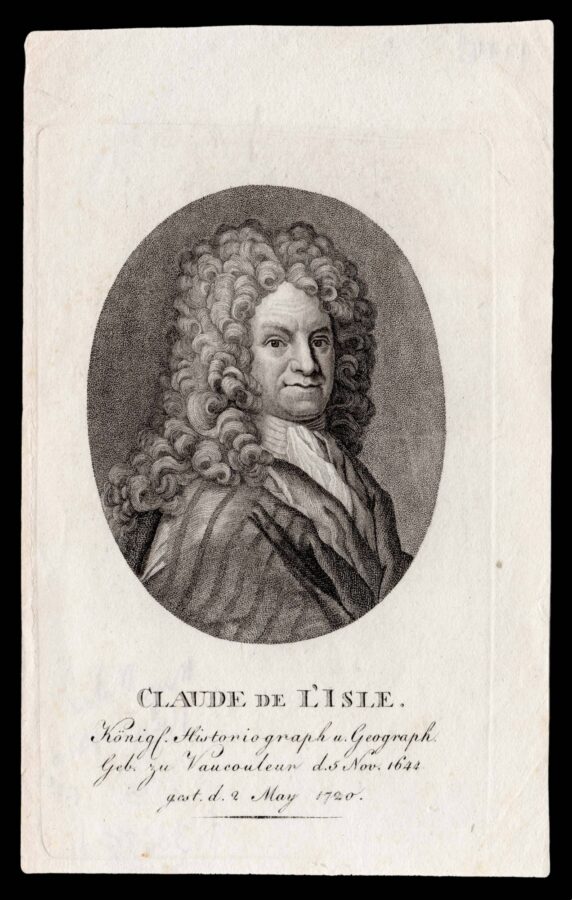 Claude de L’Isle (1644 ‑1720) was the founder of one of the most influential cartographical families of eighteenth century in France. The most famous of his four son was Guillaume, among the most notable geographers of the day. Claude was also a historian, and wrote a universal history in seven volumes, a history of the monarchy of Siam, and a genealogy of all royalty since the beginning of time.

Issue Ten of ​‘Allgemeine Geographische Ephemeriden’, published in 1802, contained a portrait of De l’Isle dressed in robes, a cravat, and a large wig. The oval frame in which the image is presented is accompanied by a caption in German stating his position, and dates of birth and death.