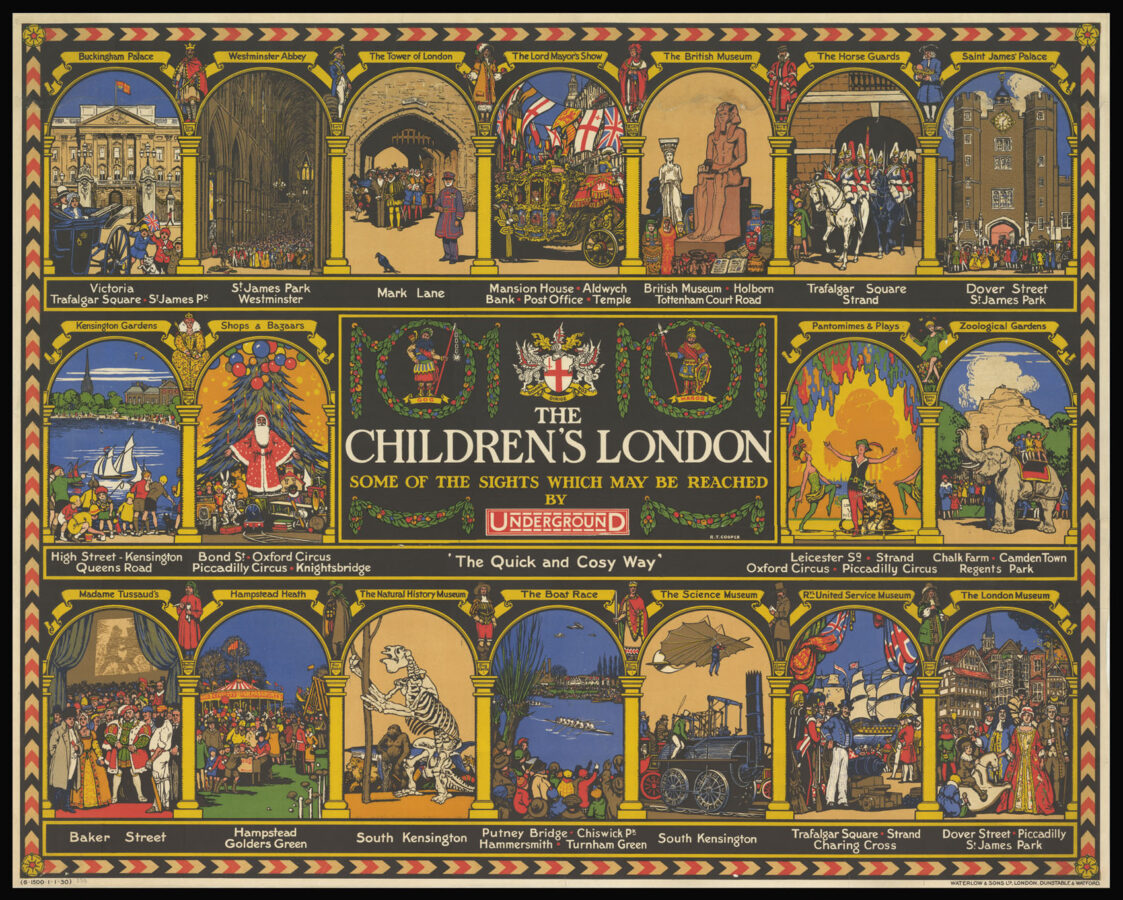 The Children’s London Some of the Sights which May be Reached by Underground.

A poster designed to encourage families to use the Underground. It shows London attractions that might appeal particularly to children, including London Zoo, the British Museum and Madame Tussaud’s, with the stations from which they can be reached underneath.

Richard T. Cooper (1884–1957) was a graphic designer who created material for the London Underground Group from 1924 to 1935. He produced a small series of posters designed to appeal to various demographics and encourage them to use the Underground; there is also a ​‘Businessman’s London’ poster.