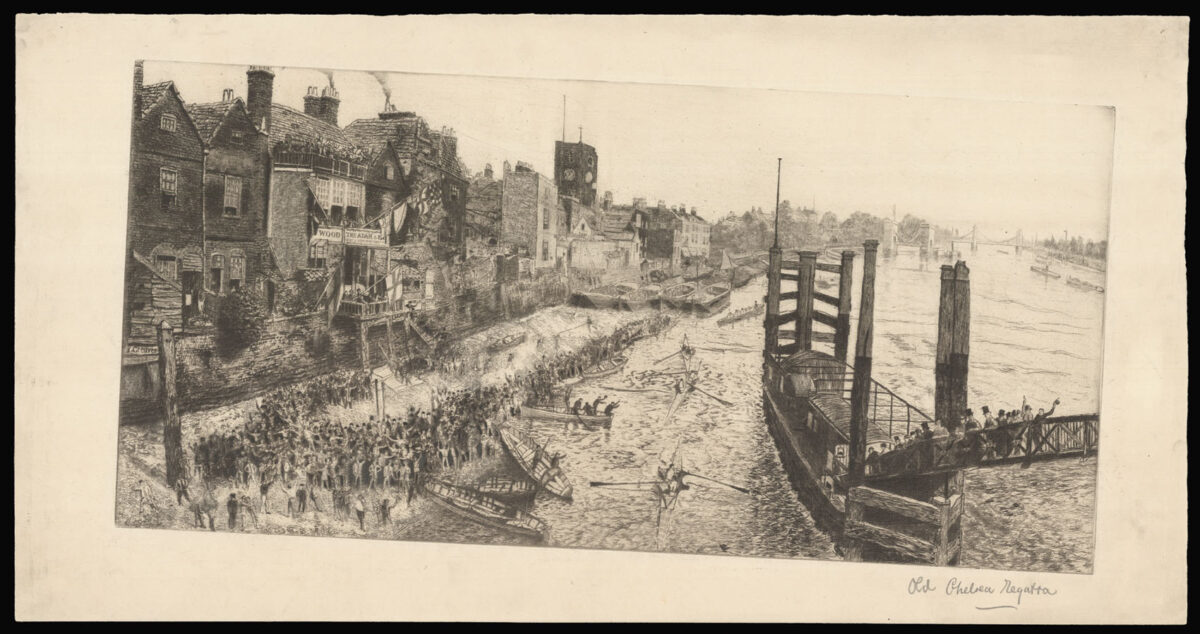 Walter Greaves (1846–1930) entered the art world in a peculiar way — he acted as boatman to the painter James McNeill Whistler. His father, coincidentally enough, had been J.M.W. Turner’s boatman. Greaves and his brother began as Whistler’s guides to the city, and eventually became his studio assistants and pupils. It was a mutually beneficial friendship: ​“He taught us to paint”, Walter Greaves said, ​“and we taught him the waterman’s jerk” (Pennell and Pennell). Whistler used their boat journeys as inspiration.

As Whistler became more successful the friends drifted apart, and Greaves’ career foundered, especially as claims were made that he simply copied Whistler. He lived in Chelsea for most of his life and continued to take the river as his main subject, as it is here. The original painting is in the Manchester Art Gallery, dated by the artist to 1865, but Greaves’ dating was notoriously unreliable. The print shows the last Chelsea Regatta held before the construction of Sir James Bazalgette’s Chelsea Embankment. The public house hung with flags is the Adam and Eve, a popular subject with artists.