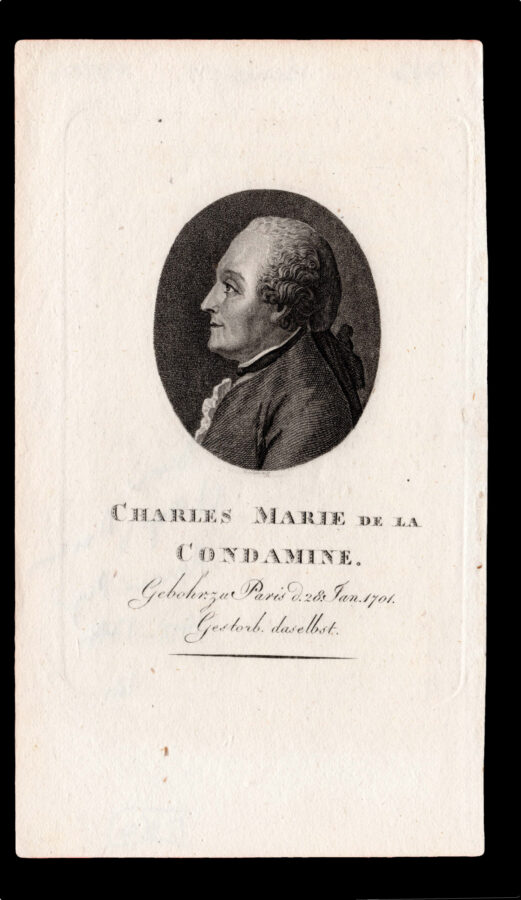 Along with his friend Voltaire, Charles Marie de la Condamine (1701–1774) exploited a loophole in the state lottery as a young man, winning a small fortune. It may have been this venture that funded his travels in the following years. He visited Constantinople, Ecuador, Panama, and Peru, in part with the French Geodesic Mission to make measurements of the equator. Upon his return to Europe, Condamine published numerous written works, which included the first descriptions of the curare arrow poison and of the correct use of quinine to fight malaria.

Condamine also prepared the first map of the Amazon region based on astro-geodetic observations, and made notable contributions to the great ​‘Encyclopédie’ published between 1751 and 1772. The portrait in Zach and Betruch’s geographical journal was based on an earlier engraving by P. Choffard, and shows Condamine in profile wearing a peruke, suit and lace cravat, accompanied by his name and date of death written below.