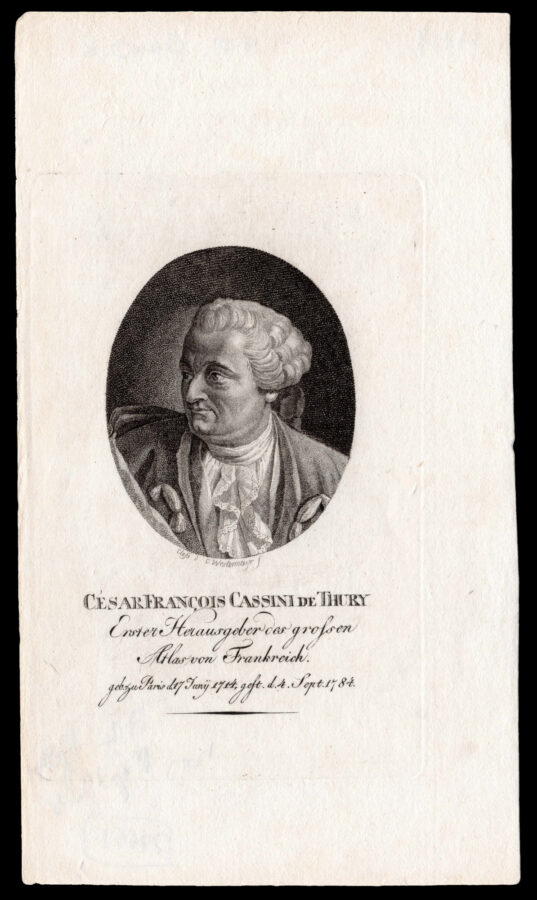 César-François Cassini de Thury (1714–1784) came from and continued a line of astronomers, with his grandfather, father and son all studying and observing the movements and positions of celestial bodies. In 1744, he began the construction of a huge topographical map of France, one of the landmarks in the history of French cartography, which was posthumously published in 180 sheets by his son.

Cassini appeared in an issue of the ​‘Allgemeine geographische Ephemeriden’, the geographical journal published by Zach and Bertuch, in 1808. His portrait was engraved by German draughtsman Westermayer after a portrait by French artist Jean Henri Cless. Cassini’s bust is shown in three-quarter perspective; he is wearing a powdered wig and voluminous robes. Beneath the oval containing the image German text identifies him as ​“Erster Herausgeber des grossen Atlas von Frankreich” (‘First editor of the great atlas of France’).