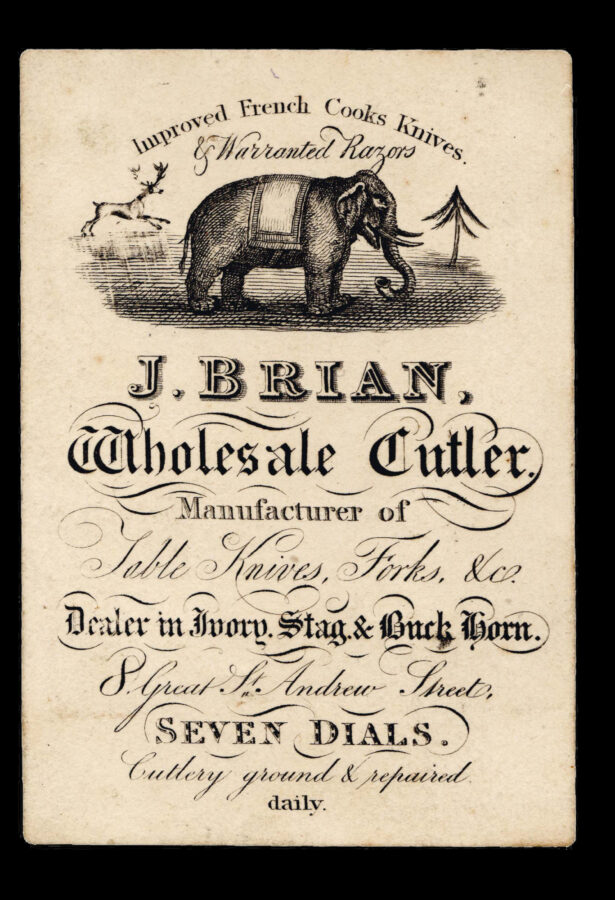 C is for Cutler

The trade card of J. Brian advertises his services as a cutlery manufacturer and seller. Along with traditional ​“table knifes, forks, &co”, which he made, sold and repaired, Brian was also a ​“dealer in ivory, stag & buck horn”, as illustrated at the top of the card by an engraving of an elephant and a deer. During the colonisation of Africa, up to one thousand tonnes of ivory were exported from the continent to Europe. Closer to home, Brian would have had a far more ample and less expensive supply of horn from native male deer.

Interestingly, Brian is not found in the records as the sole trader in cutlery at the advertised premises. The 1842 ​‘Robson’s London Directory’ lists ​“Brian & White, 8 Gt St Andrew St, Seven dials”, as does the 1874 ​‘Post Office Directory for London’. It is not clear whether the present trade card was made before or after Brian’s partnership with White, or perhaps even during, but it suggests that he was certainly active in Seven Dials during the mid-nineteenth century. 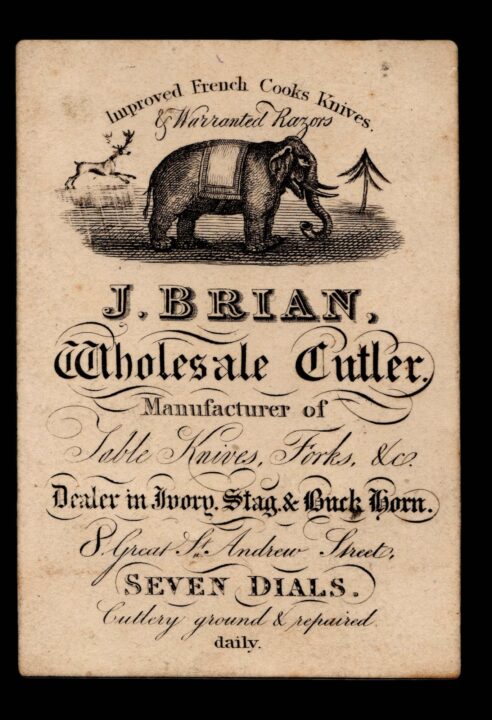