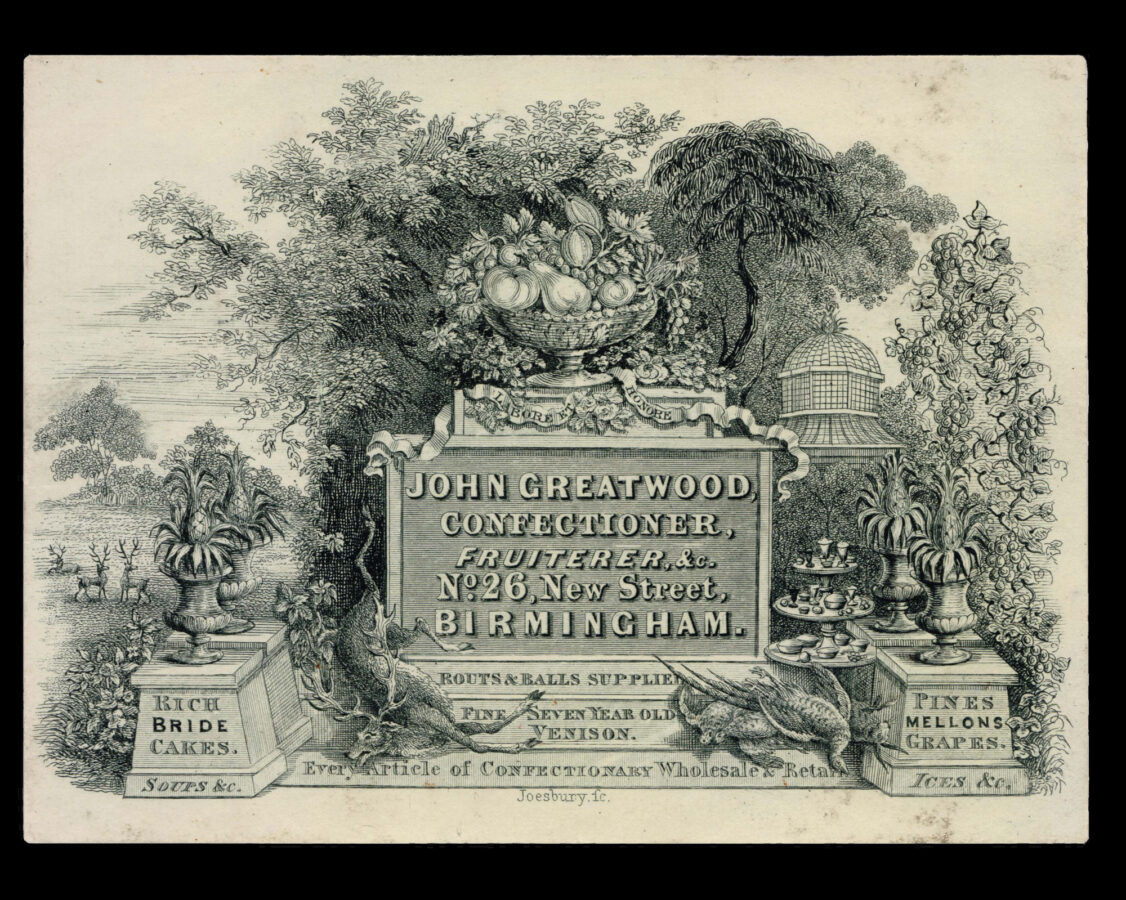 C is for Confectioner

In The Citizen of 1845, John Greatwood is listed as a confectioner, while ​‘Slater’s National Commercial Directory’ (1846) describes him as a fruiterer, both recording his address as 26 New Street. The Citizen in fact lists Greatwood as the Birmingham supplier of ​“Howqua’s mixture’, ​“an Admixture of 40 Rare Black Teas” produced by one Captain Pidding. Other delights advertised on his trade card include ​“rich bride cakes”, ​“fine seven year old venison”, ​“soups &c”, ​“pines mellons grapes,” ​“ices &c” and indeed ​“every article of confectionary wholesale & retail”. In addition to these goods for sale, Greatwood also supplied ​“routs & balls”.

The card is lavishly decorated with illustrations of the abundant wares available at Number 26. Atop the plinth is a platter overflowing with fruits, flanked on either side by pineapples standing in tall dishes. A stand of cakes and grape vines are also featured, in addition to a range of dead animals such as rabbit, pheasant and deer, the latter presumably the ​“fine seven year old venison”. Beneath the platter of fruit is a Latin motto reading ​“labore et honore” (‘with hard work and honour’).

Engraved by Joseph Joesbury (1795–1858), a successful and prolific local Birmingham engraver, whose sons succeeded him in his business. 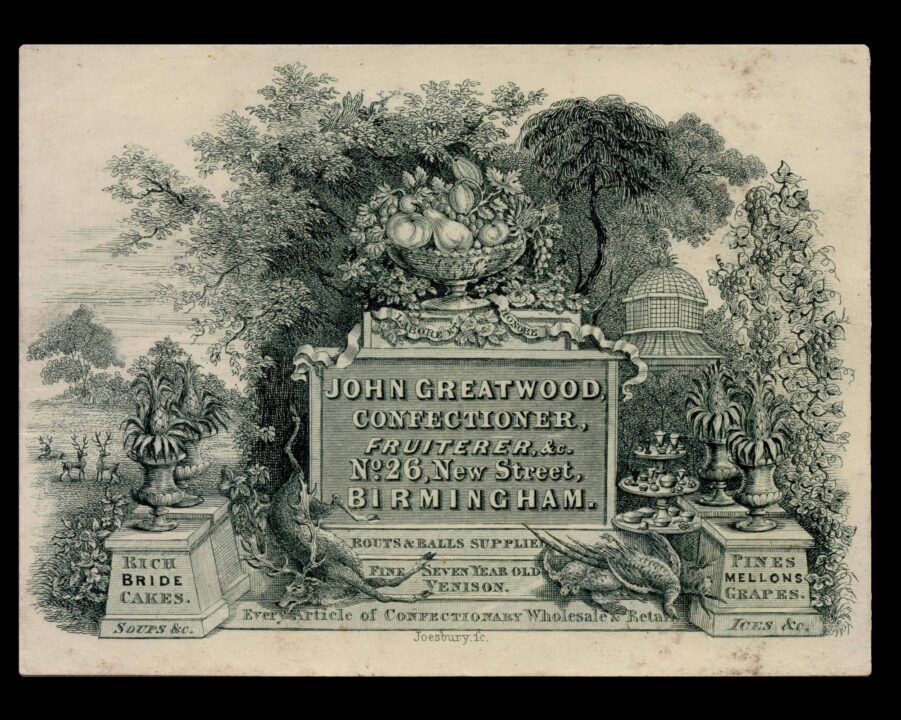