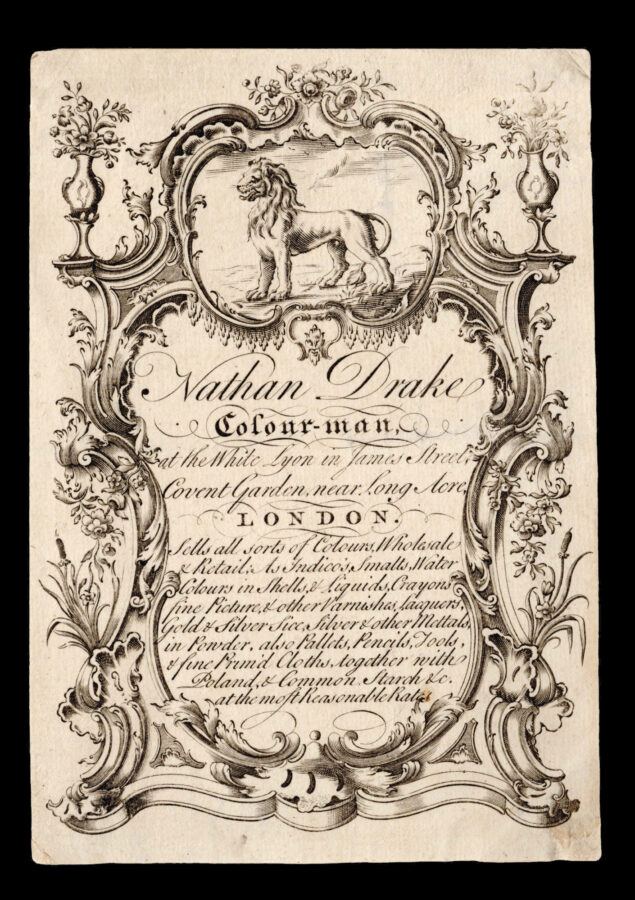 This elaborate trade card in the finest rococo style, advertises Drake’s services from his first, ​“White Lyon” address, where he was established from 1750. He later succeeded Robert Keating (fl 1749–1758), also a ​“colour-man”, at the ​“White Hart in Long Acre”, ie number 52, in about 1763. The London Directory for 1777 records him still at this address.

Shortly before his death, ​“Nathan Drake was bequeathed £100 by Redmond Simpson, musician and portrait collector. In his own will, made 17 January and proved 12 March 1787, Nathan Drake left a life interest in much of his estate to his wife, Jane, and then to his son Richard. He specifically permitted his wife to carry on his trade as colourman, which she may have done for a period since directory listings continue until 1790. A sale was advertised in March 1788 of his household furniture, plate, linen, china, pictures, prints and books (but not his stock-in-trade), to take place on his premises at 52 Long Acre. His wife died the following year. The York painter, Nathan Drake, is said to have given Drake’s Long Acre premises as his contact address in the 1771 Society of Artists catalogue, but this does not tally with the copy of this catalogue in the National Portrait Gallery library. Nor can the ​‘Mr Drake’, who exhibited at the Free Society in 1783, using Vine St as his address, be linked with the artists’ colourman” (National Portrait Gallery online). 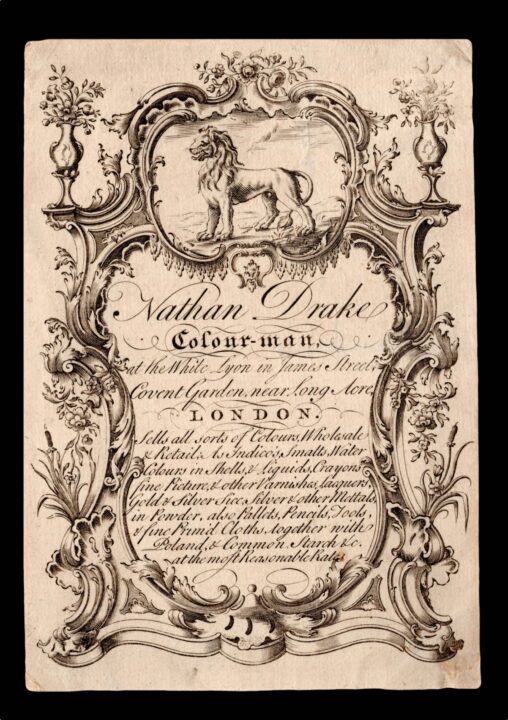