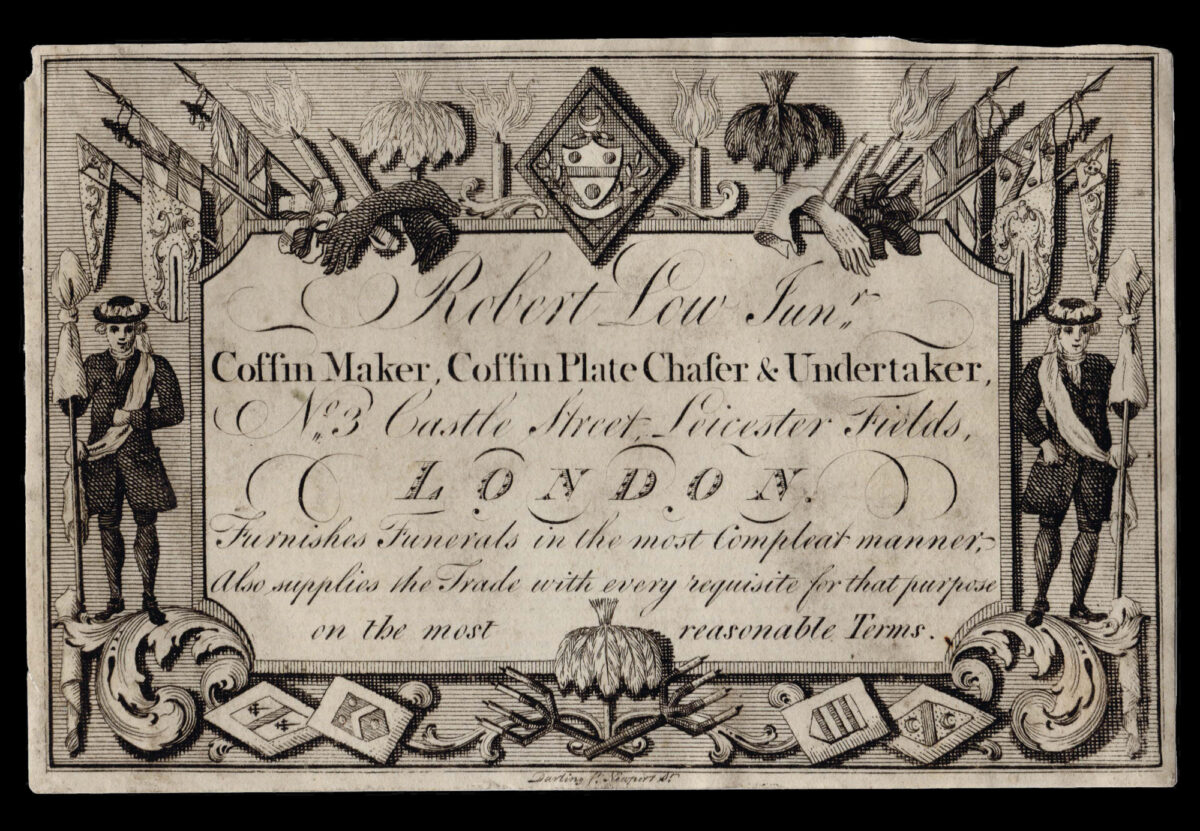 C is for Coffin Maker

Robert Low Junr. Coffin Maker, Coffin Plate Chaser & Undertaker, … Furnishes Funerals in the most Compleat manner, Also supplies the Trade with every requisite for that purpose on the most reasonable Terms.

Trade card for Robert Low, an undertaker who operated from his premises at Castle Street near Leicester Square. Low not only made and sold coffins to individuals, but also supplied other undertakers with all the tools of the trade. The information about his services and location is framed by a selection of illustrations: standing either side of the notice are two guards; certain items pertinent to the trade, such as candlesticks and gloves, are found above and below; and along the upper and lower edges are a number of flags, banners, and heraldic crests.

The period of Low’s activity is not clear, as the present trade card proves difficult to date with much precision. In 1790, 1798, 1810, and 1822, the records of the Sun Fire Office list other occupants trading from 3 Castle Street, and a House of Lords report from 1844 noted that the address was home to a ​“Gaming House entered by the Police” on August 2, 1842. The name of the engraver found along the lower edge, however, does provide a clue. William Darling was active at Newport Street from 1770 to 1789; he later entered Islington asylum, where he was the subject of an ​“inquisition into lunacy, into his state of mind and his property”. We can therefore say that Low’s undertaking business was active at some point during the 1770s and 1780s, if not before and/​or after as well. Indeed, the fact that he specifies that he is ​“Robert Low Junr.” on his trade card indicates that his namesake father may have been an undertaker too.

Engraved by William Darling (1737–1799), who was apprenticed to Matthew Darly in 1752. ​“Darling resided in an Islington madhouse from at least 31 May 1788, when he was described as ​‘formerly engraver of Newport Street’ and was the subject of ​‘a commission and inquisition into lunacy, into his state of mind and his property’ (National Archives, C211/7/D54). William Darling was probably suffering from dementia by this stage but he had been well enough to make a will dated 26 July 1787 in which he left virtually everything to his wife Mary and bequeathed a mourning ring to his erstwhile apprentice James Mackey [sic] for ​‘his diligent and faithful service’… the partnership with John Peter Thompson, trading as Darling & Thompson, was made by Darling’s wife Mary. ​‘He was a gross fat man and very funny’ ” (Nigel Tattersfield for British Museum). A number of trade cards engraved by Darling are held in the British Museum collection, although not this one. 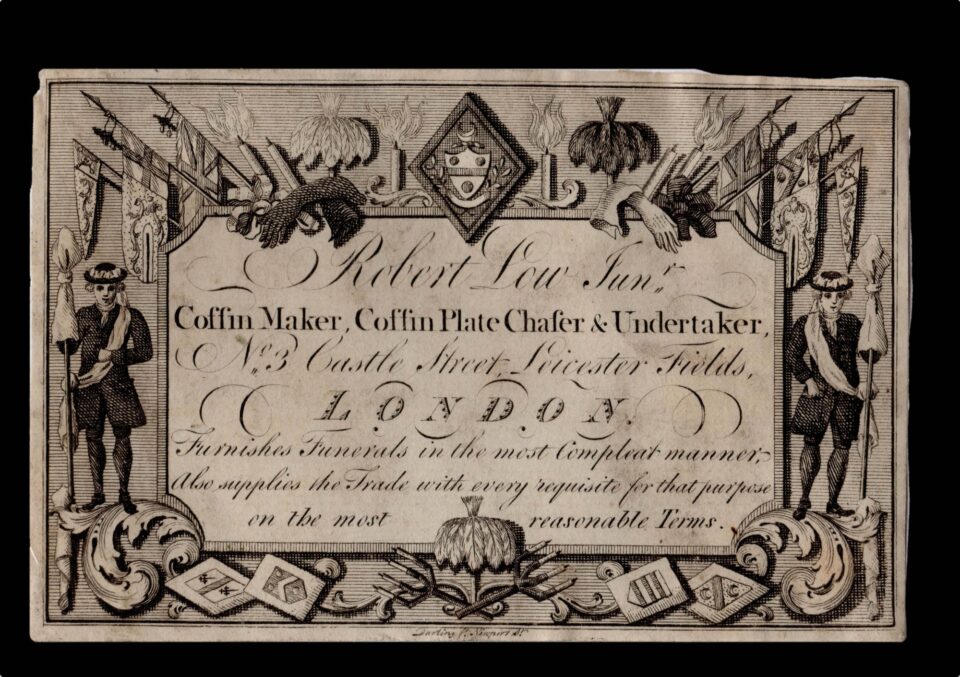