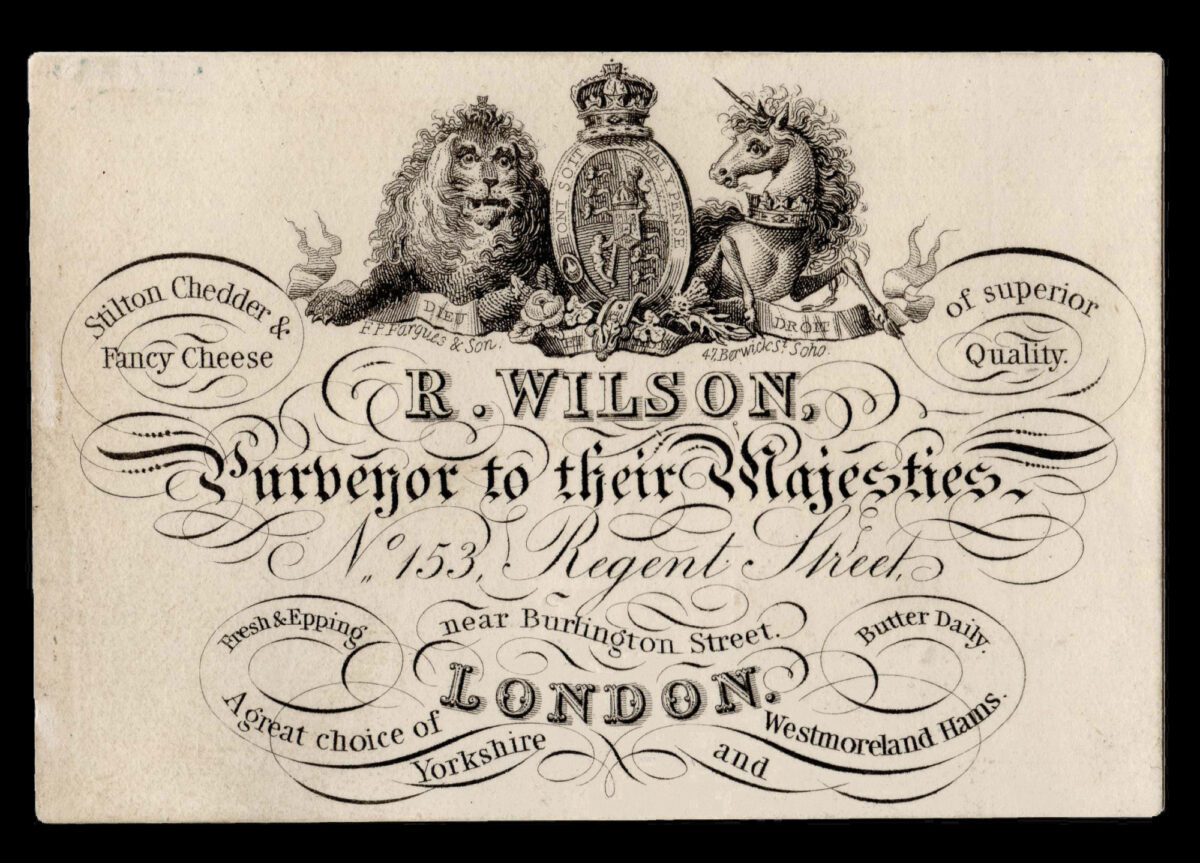 C is for Cheesemonger

Trade card for Robert Wilson, a cheesemonger who claims to have sold ​“fancy cheese” to ​“their Majesties”, which could refer to either George III, George IV, William IV or Victoria, so many monarchs did his career span.

​‘Johnstone’s London Commercial Guide and Street Directory’ (1818) and ​‘Kent’s Original London Directory’ (1823) list Robert Wilson at 42 Castle Street, Oxford Street. ​‘Robson’s Street Directory’ of 1832 and ​‘Pigot & co.‘s Directory of London and Its Suburbs’ of 1839 have him Robert Wilson as active at 153 Regents Street, and a few years later ​‘The Post Office London Directory’ (1843) put him at 11 Vigo Street, Regents Street. In 1855, the ​‘History, Topography, and Directory of Northumberland’ a list Robert Wilson & Co at 8 Ravensworth, suggesting he may have moved out of London during the intervening years. ​‘Miscellanea Genealogica Et Heraldica’ of 1888 list a cheesemonger named William Wilson in London, but whether this refers to Wilson’s son or other relative, or is simply another cheesemonger with the same name, is not clear.

Topped with the royal crest in reference to his most important clients, Wilson’s trade card advertises a selection of the delicacies available at his shop, including ​“stilton chedder & fancy cheese”, ​“a great choice of Yorkshire and Westmoreland Hams” and ​“fresh and Epping butter daily”. According to Josiah Twamley in ​‘Essays on The Management of the Dairy’ (1816), ​“some counties or districts are particularly celebrated for the excellent quality of their butter. The Epping butter is most highly esteemed in London and its neighbourhood; great part of it is made from cows, which feed during the summer months, in Epping Forest, where the leaves and shrubby plants are understood greatly to contribute to its superior flavour”. 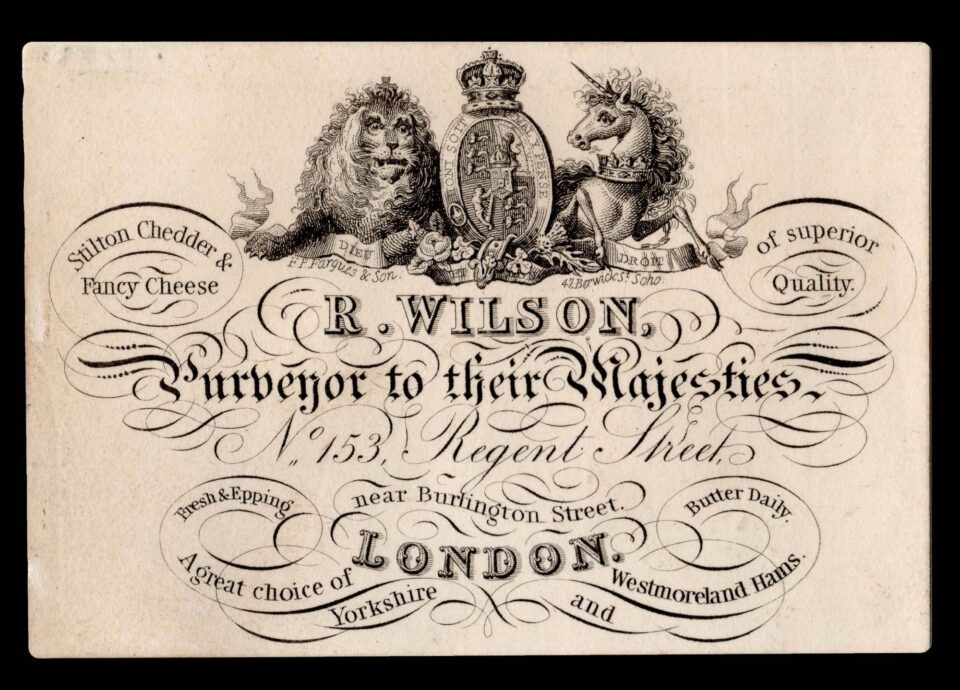