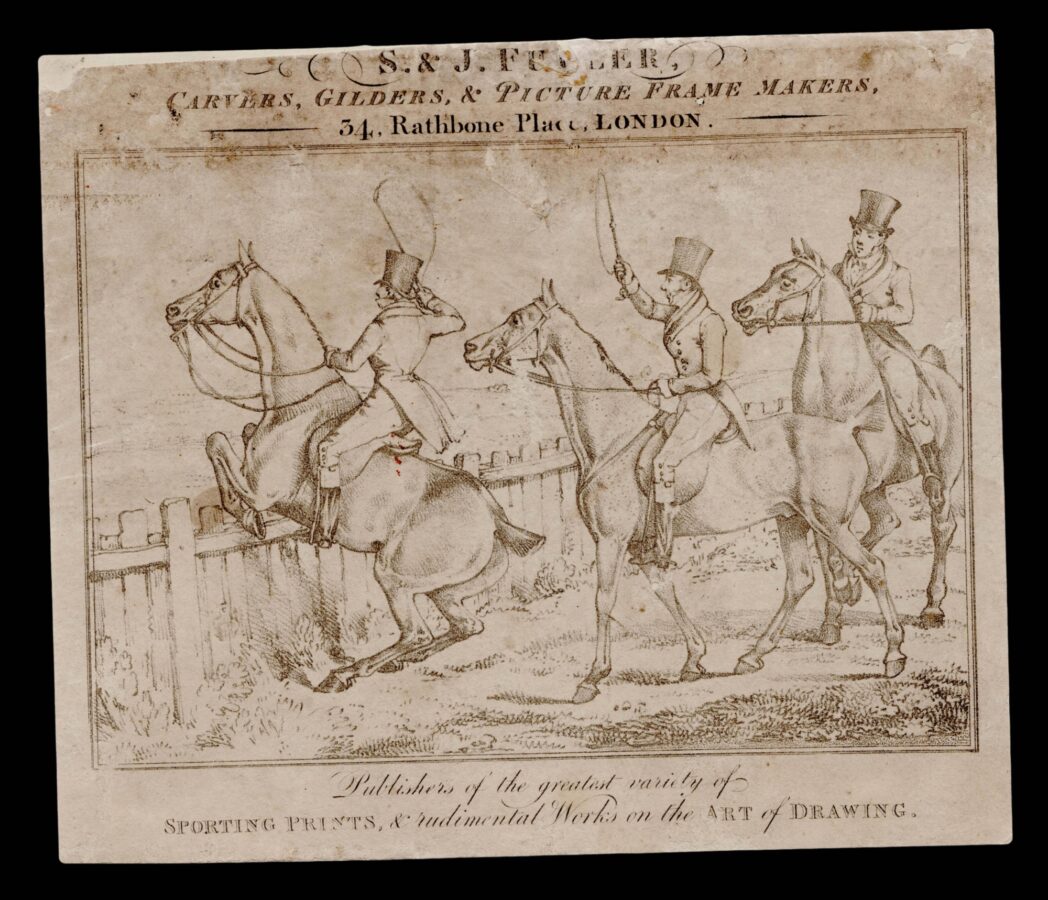 C is for Carver

The image is a hopeless hunting scene after Henry Thomas Alken (1785–1851), from the ​‘The Right Sort’ series, published by the Fullers in 1821–1822. Alken’s first sporting prints were published in 1813, but he hit his stride in about 1816 when he published his best-selling ​‘The Beauties and Defects in the Figure of the Horse Comparatively Delineated’, after which he was positively prolific, issuing many series of hunting sketches by publishers including the Fullers, Thomas McLean, and Rudolph Ackermann.

Self-advertised elsewhere as: ​“Printsellers and publishers, stationers, artists’ colourmen, playing-card makers”, the partnership of Samuel Williams Fuller (c1777-1857) and Joseph Carr Fuller (c1782-1863) was established by 1809 when it operated from the ​“Temple of Fancy” at 34 Rathbone Place, as here. Their partnership was dissolved in 1854, and in 1862, their ​“Extensive, Interesting, and Valuable Collection of Modern Engravings, and Illustrated Books, principally the Stock of Messrs. Fuller (sold in consequence of the retirement of the senior partner)”, was auctioned by Southgate and Barrett.