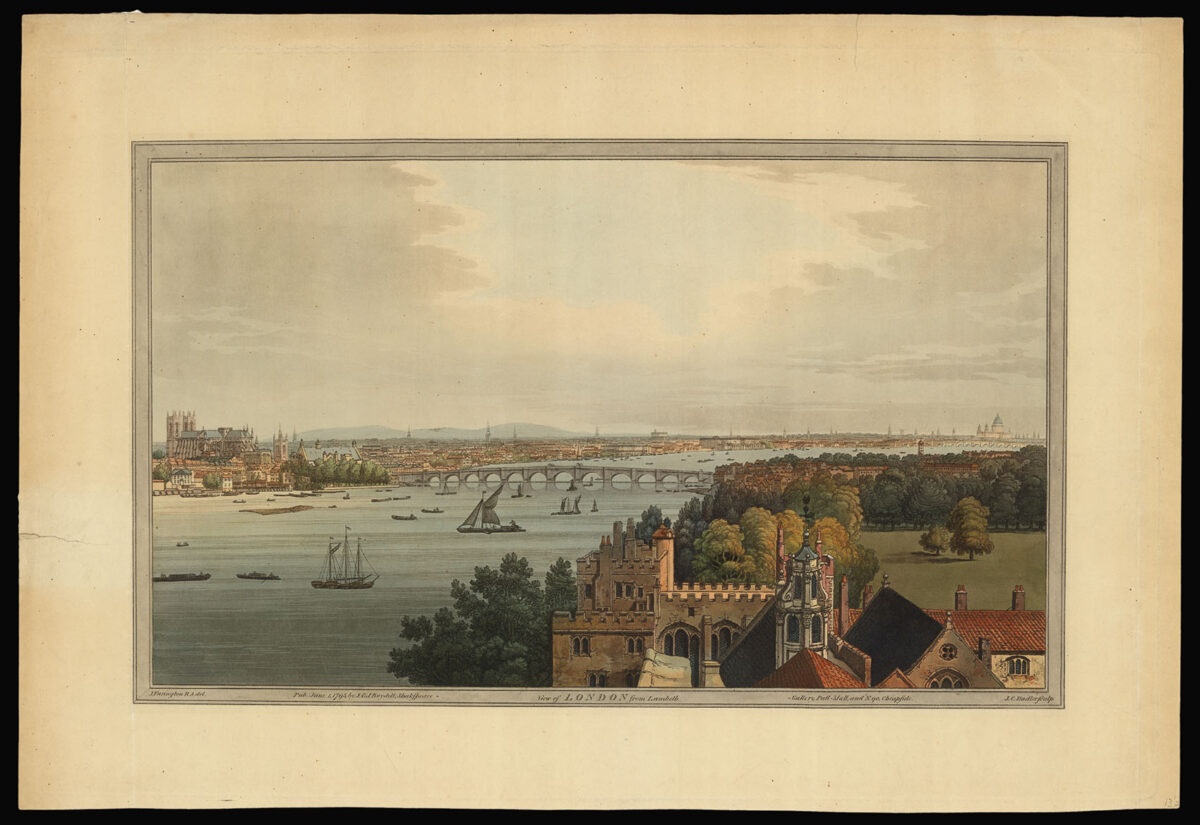 View of London from Lambeth

A view from St Mary Lambeth’s tower looking across the Thames to Westminster Abbey, and up the river to the City of London. Westminster Bridge is in the centre, and Lambeth Palace, seat of the Archbishop of Canterbury, to the right.

From the second volume of Farington’s ​‘History of the River Thames’, (London: J. & J. Boydell, 1794). The work, issued with plates either printed in sepia or coloured, contained two double-page spreads of London, this view from the west and a companion view from the Royal Observatory in the east. Joseph Farington wrote in his diary, on 17 August 1794: ​“Went to the top of Lambeth steeple to look at the view of London” (Farington). On 18 August he writes: ​“Went this morning to Lambeth & from the top of the Steeple began the view of London.” Smirke dined with Farington on 3 September. J.C. Stadler, who would engrave the plates, joined them. The three men examined the drawings for the second volume of the book together, and voiced their approval of John Boydell’s idea of providing two general views of London.