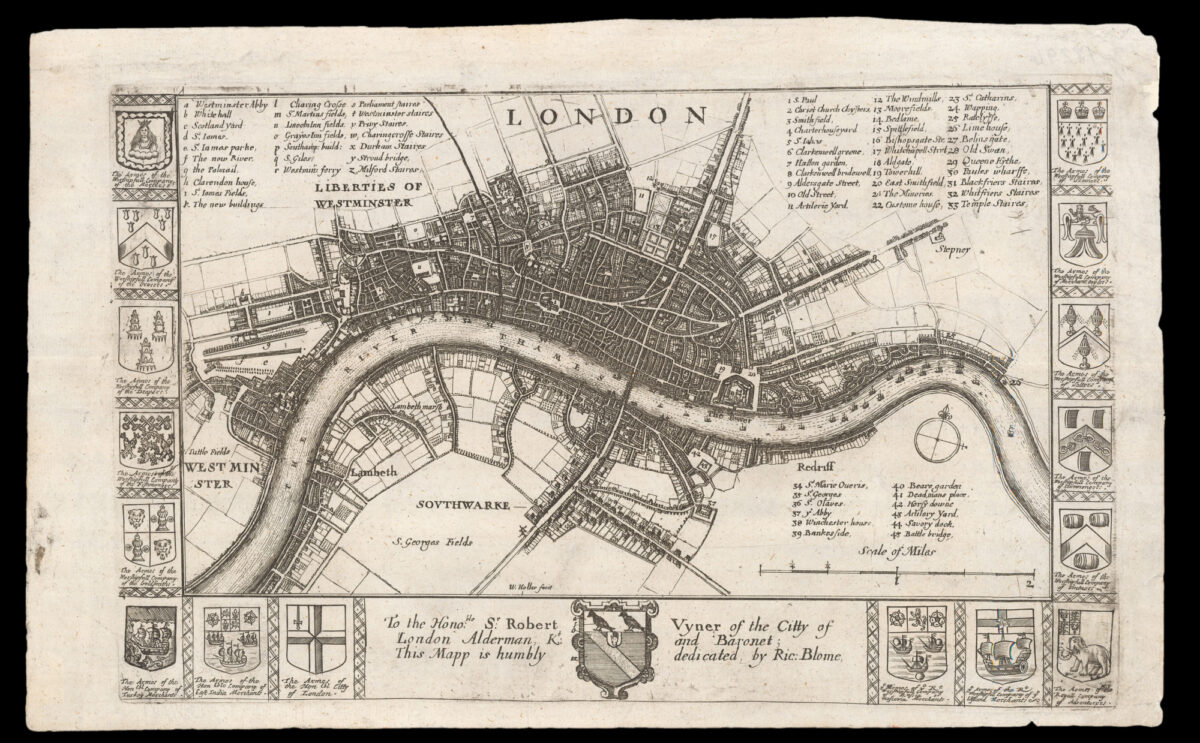 Richard Blome was an English engraver, cartographer and printer who successfully published and sold a large number of maps, none of which were original. In fact, he was even accused of plagiarism, since he often failed to credit the original sources. Despite being embroiled in several conflicts that led one critic to remark that ​“Mr. Blome hath got nothing but scandal and evil will by his bad accompts and great mistakes”, Blome won the favour of Charles II. The newly-restored king granted the publisher a royal privilege and recommended his work to friends and officials alike. As a result, Blome’s maps, books, prints and playing cards enjoyed wide circulation throughout England and Europe.

In 1673, he published his ​‘Britannia’, in which there was an aerial view of London originally made by Wenceslaus Hollar in 1667, but reengraved with a new dedication to Sir Robert Vyner, whose coat of arms is depicted at the bottom, and a border consisting of the arms of the 12 Great City Livery companies in the side margins. Extending the short distance from Westminster in the west to Stepney in the east, the aerial view depicts the city’s streets, buildings and notable sites in detail, with a 45-point numerical key and a 24-point alphabetical key identifying important features.