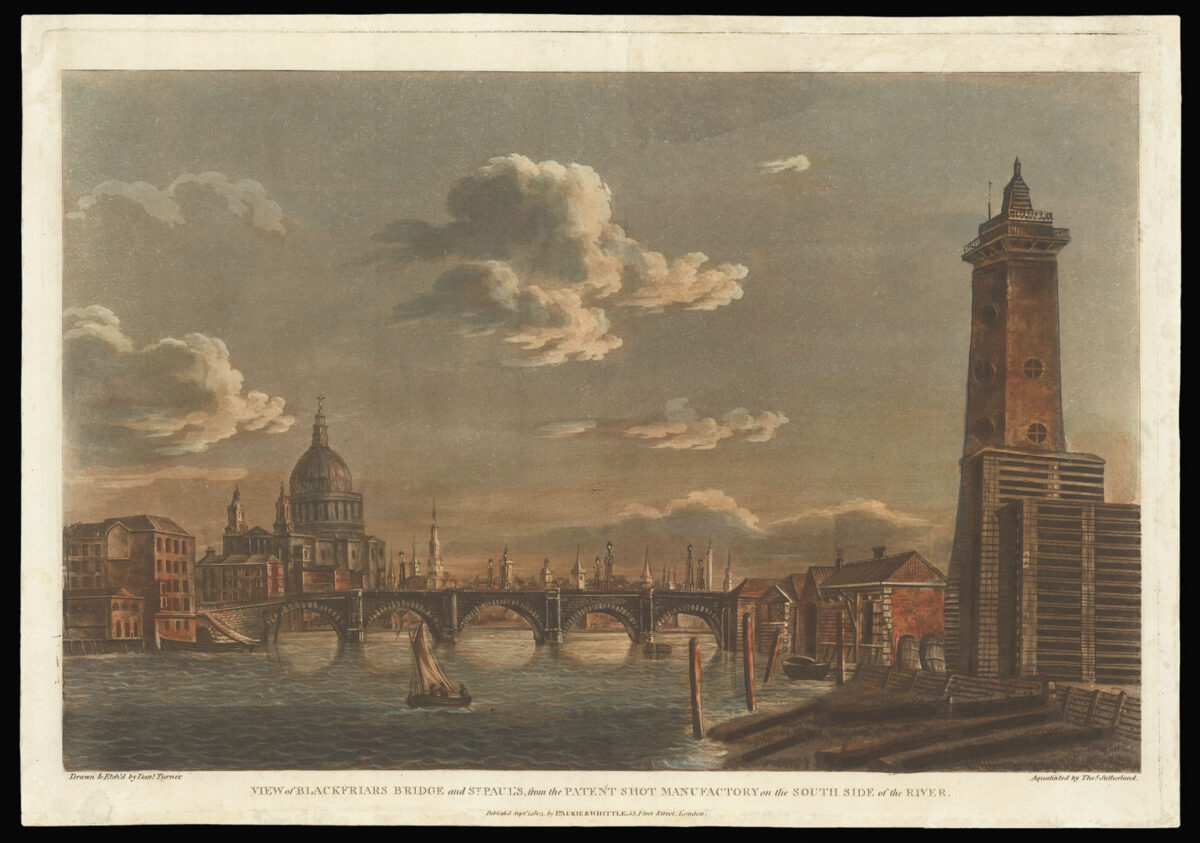 By TURNER, Daniel and SUTHERLAND, Thomas, 1803

View of Blackfriars Bridge and St Paul’s, from the Patent Shot Manufactory on the South Side of the River

A view of Blackfriars Bridge and St Paul’s Cathedral in the background. This was the third bridge to be built to cross the Thames, designed by Robert Mylne. The bridge was financed in a curious way — a large portion of the funding came from men who had refused posts in the Corporation of London. The posts required an oath of loyalty to the Anglican church, and if the recipient refused the office, or even a nomination for an office, he was fined, so it became a way of indirectly taxing non-conformists. By the time this print was made, the toll for crossing the bridge had been dropped.

The shot manufactory tower shown was the cutting edge of military technology. Invented by William Watt in 1782, it was used to create bullets: lead was dropped through a sieve at the top of the tower, formed perfect spheres as it fell, and was caught in a vat of water to cool it. Watts built the tower in London in 1789, with Philip George and Colonel Samuel Worrell as his partners.