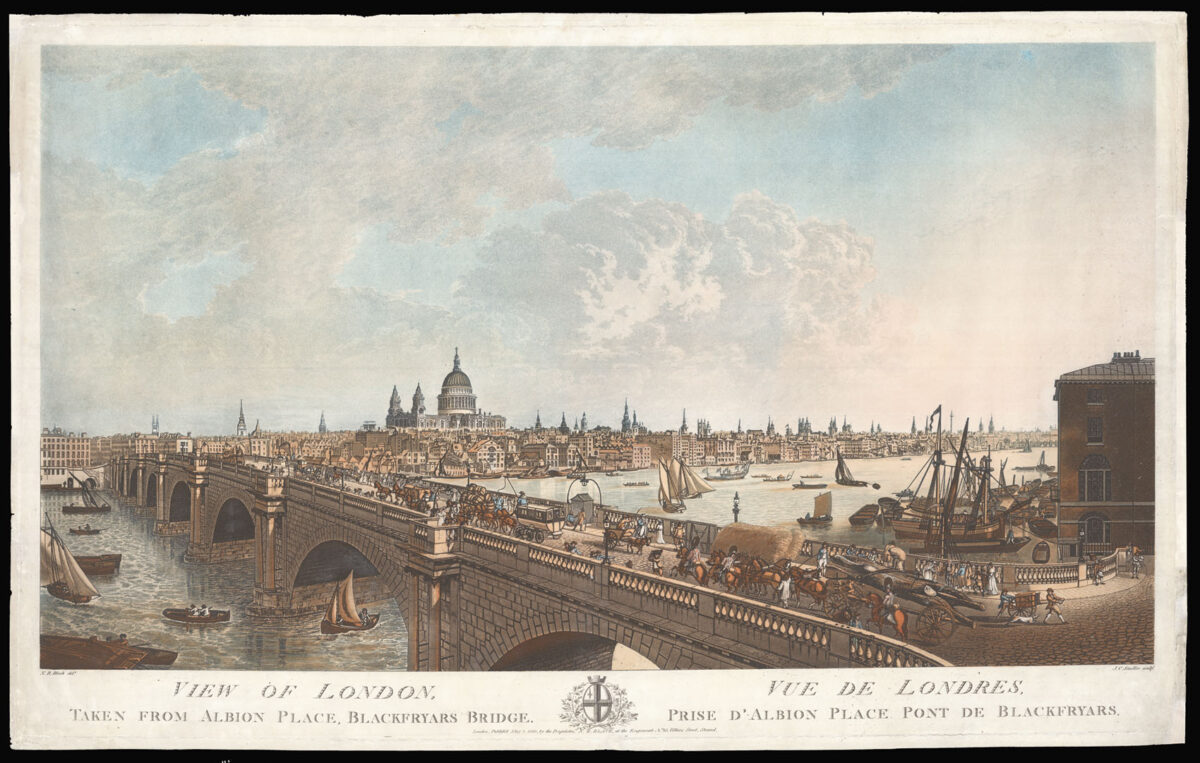 A striking view of London from Blackfriars Bridge. The bridge was one of the busiest in London, as shown by the numerous vehicles going across: an omnibus, private carriages, and wagons full of barrels and hay. The Blackfriars Bridge shown here was designed by Robert Mylne and built between 1760 and 1769. It was originally named after the Prime Minister, William Pitt the Elder, as voted for by the citizens of London. The Pitt Bridge was demolished in 1860.

Joseph Constantine Stadler (fl.1780–1822) was a German-born engraver active in London, and worked with some of the most famous artists of the day, engraving plates for Joseph Farington, Rudolph Ackermann and Thomas Rowlandson.