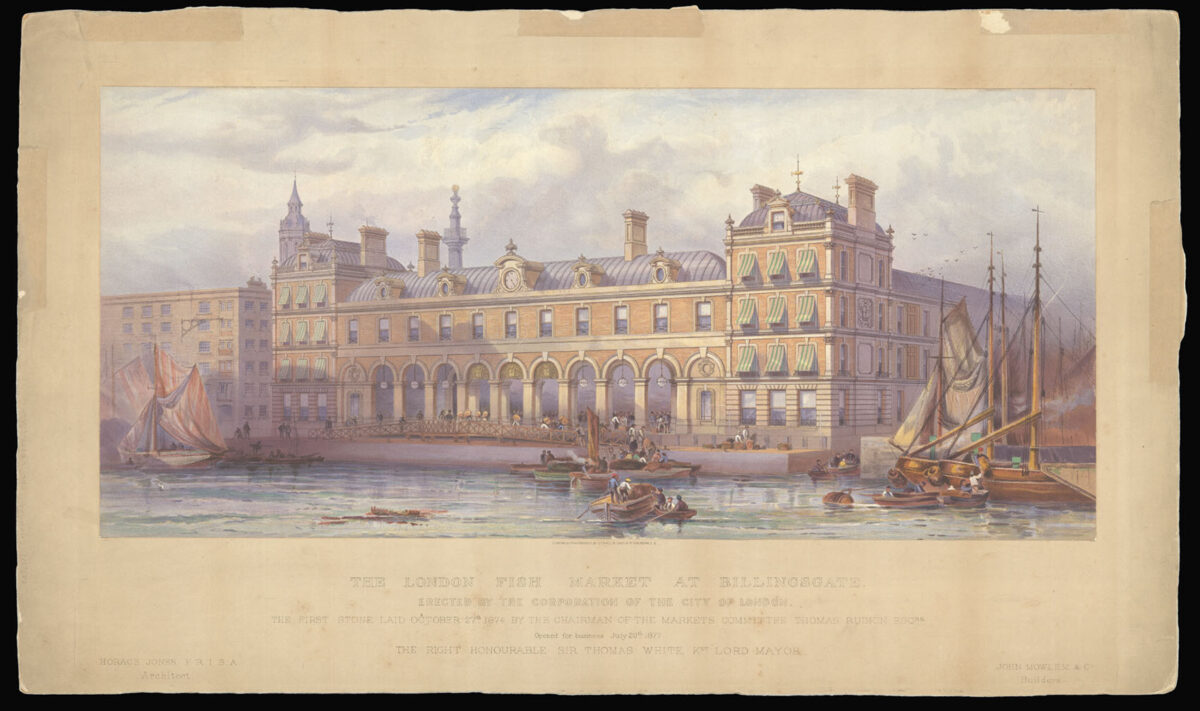 A view of Billingsgate Fish Market, in its original location in Billingsgate Wharf, in Lower Thames Street. The market had existed informally since the sixteenth century, but an official building was put in place in 1850. The market quickly outgrew it, and a new building was designed by Sir Horace Jones, who also designed Tower Bridge. The market was built to incorporate a riverside landing, so that fishermen could unload their produce directly into the building. As the caption underneath commemorates, work began in 1874 and was completed in 1877, the presumable date of the print.

Billingsgate was the biggest fish market in the world when the print was made, and was already notorious for the foul language used by the stallholders and porters.