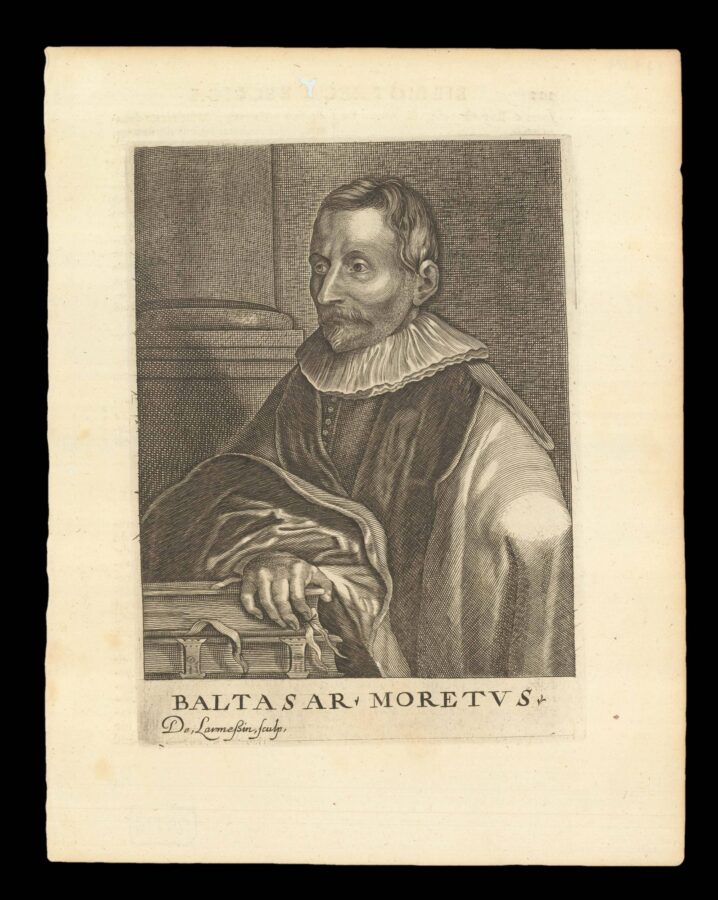 Balthasar Moretus (1574–1641) became head of the Officina Plantiniana of Antwerp in 1610. This firm of printers, established by his grandfather Christophe Plantin in 1555, continued publishing until 1866, after which it became a museum owned by the City of Antwerp. Their most famous publication was Ortelius’s ​‘Theatrum Orbis Terrarum’, which was published by the firm from 1570 to 1624.

Peter Paul Rubens worked for the Officina Plantiniana during Moretus’s period at its head, producing designs for engraving; he was also commissioned to paint portraits for publication. This engraving is in fact based on an oil painting made by Rubens during the 1610s, which hangs in the Plantin-Moretus Museum to this day. It shows Moretus dressed in a large cloak and collar, looking into the distance with his hand on a stack of tomes. It was engraved by Nicolas de Larmessin for Bullard’s ​‘Académie des Sciences et Arts’.