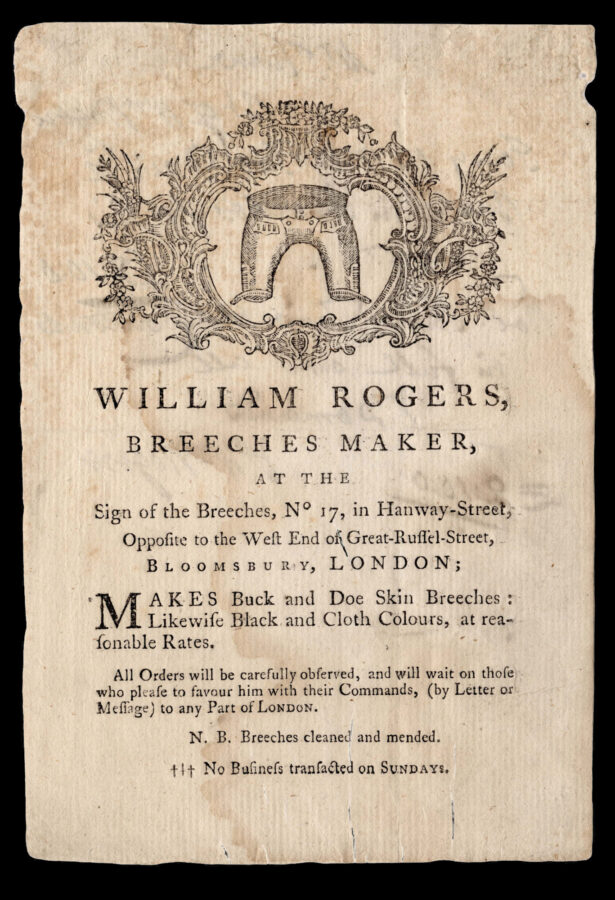 B is for Breeches Maker

Circulating in the early 1780s, judging by the bills founds written on other examples, the present trade card advertises the services of William Rogers, a breeches maker of Bloomsbury. It announces that he ​“Makes Buck and Doe Skin Breeches: Likewise Black and Cloth Colours, at reasonable Rates. All Orders will be carefully observed, and will wait on those who please to favour him with their Commands, (by Letter or Message) to any Part of London. N.B. Breeches cleaned and mended. No Business transacted on Sundays.“

Above the text is an apt illustration of a pair of breeches, reflecting Rogers’ shop sign, although the engraving does not make it any clearer whether Rogers produced breeches specifically designed and manufactured for equestrian activities, or for the formal style of dress favoured by eighteenth century gentlemen. Another trade card from 1791 advertises that Rogers was then working in partnership with a Cawkwell at the same premises at 17 Hanway Street, and in 1793, ​‘Wakefield’s Merchant and Tradesman’s General Directory for London’ likewise lists them both at this address.

Rogers also appears to have been a key member of an active evangelical society, at least during the last decades of his life: ​“after he had retired from business, [he] spent a great part of his time in promoting the welfare of the society. He finished his labours and life Jan. 4, 1797”. 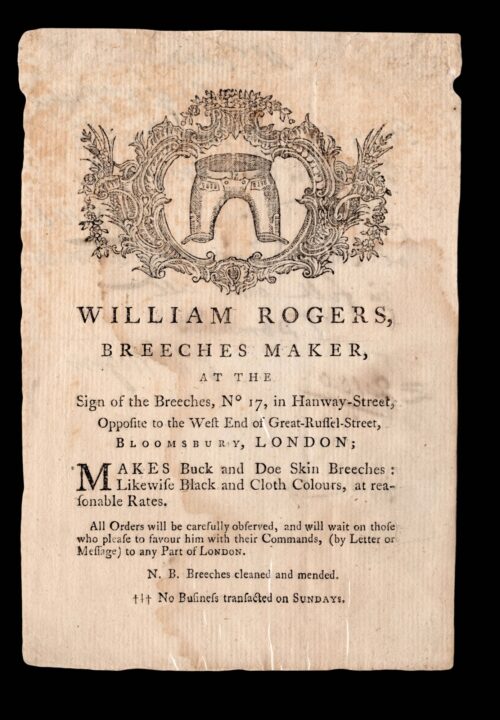