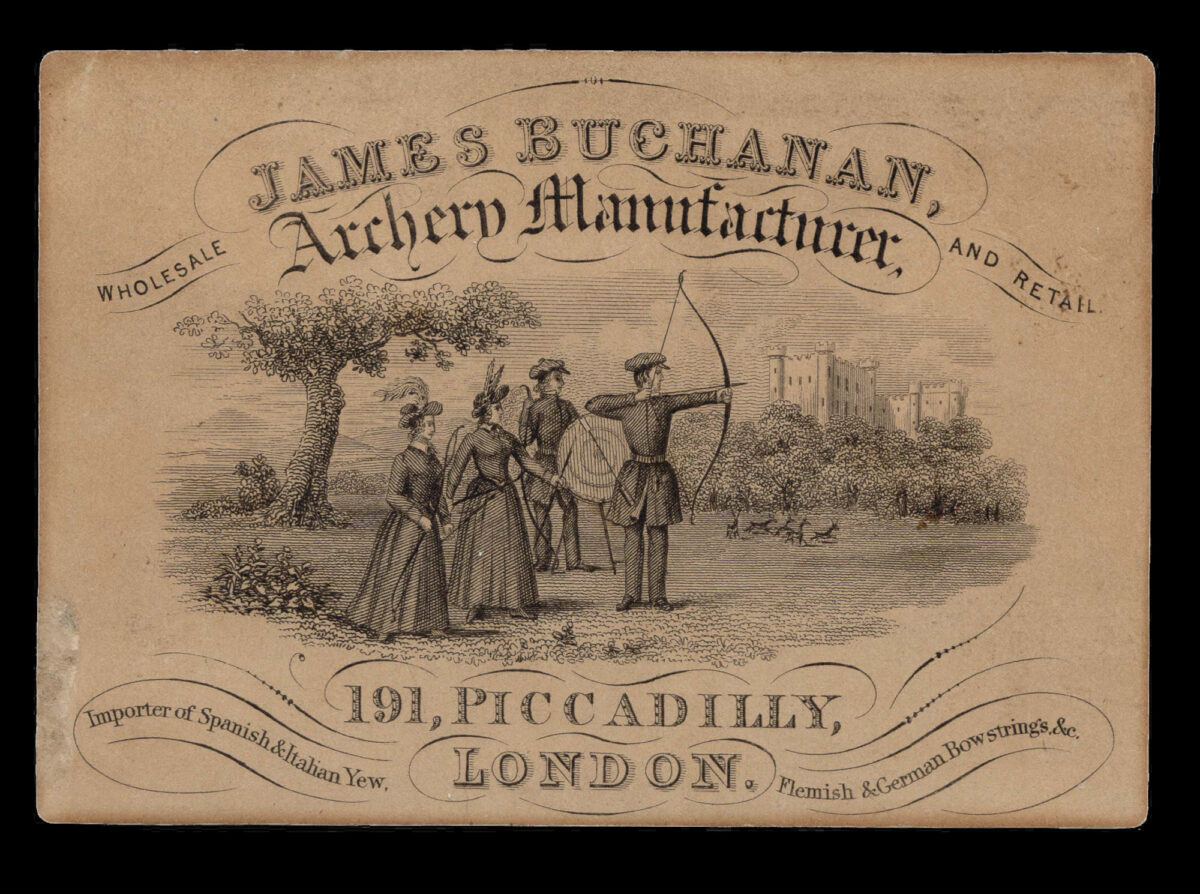 B is for Bow Maker

Trade card for James Buchanan, one of the four most successful and renowned bow-makers of his day, the others being Thomas Waring, Thomas. Alfred and Peter Muir. During the nineteenth century, archery became more widely-practiced as a form of social recreation, with upper-class women taking up bows in large numbers for the first time. Catering to the increased demand for materials, a number of manufacturers and merchants who had previous focused on umbrellas and fishing rods now turned to bows as a new and lucrative source of income.

Born in Scotland in 1809, Buchanan first appears in the records as a bow-maker in the London directories of 1850, active at his premises at 191 Piccadilly, as advertised on the present trade card. By 1860, he had relocated to 215 Piccadilly, and later changed the name of the business to Buchanan and Co Ltd, which was still active at The Archery Works, 15 Pall Mall in 1900. Due to the quality of his bows, which were always marked with ​“Buchanan of Picadilly” above the grip, Buchanan was granted a Royal Warrant as ​‘Archery Manufacturer to the Royal Family’.

The present trade card, which seems to be from early-on in his career, while he was still operating from 191 Piccadilly, shows an engraving of a small group of archers. Two men and two women stand beside a practice target, from which they have upgraded to shooting live targets in the form of deer. In the background stands a turreted castle, pointing towards the sort of upper-class clients Buchanan was used to supplying. 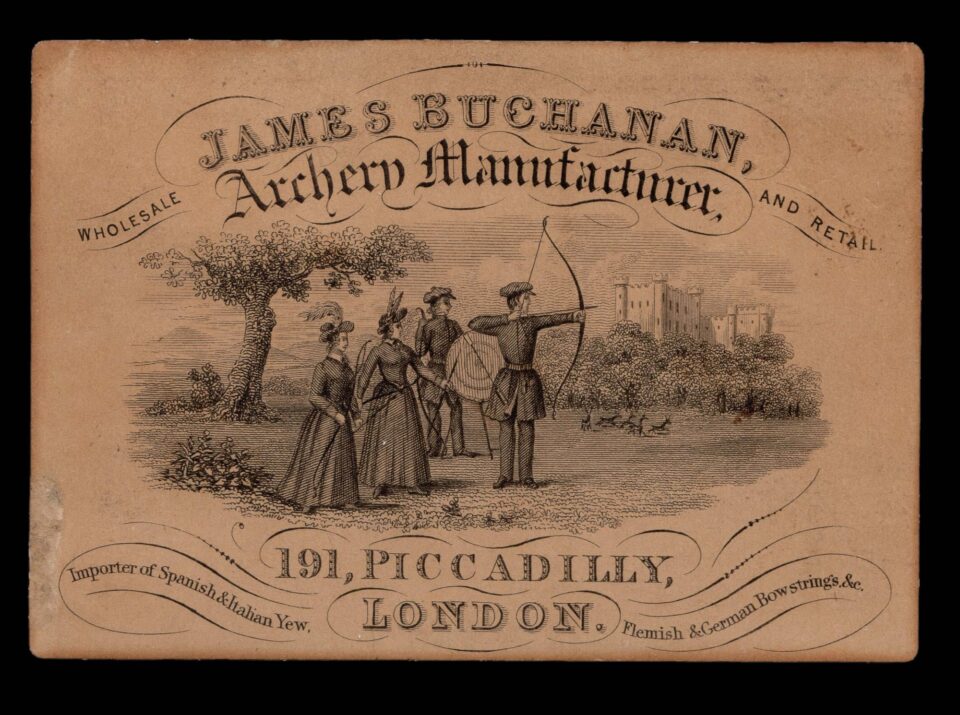