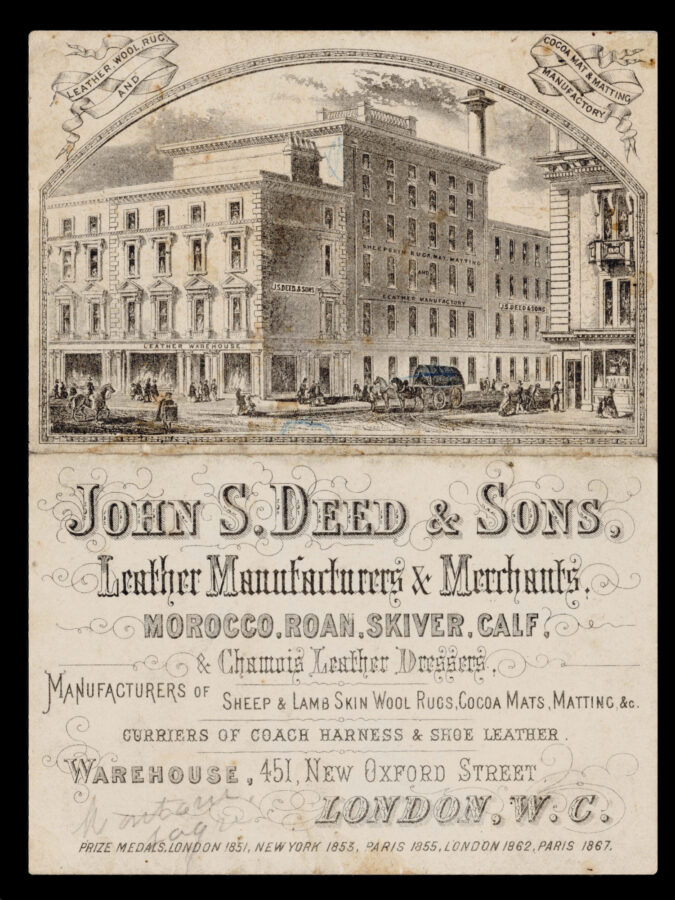 B is for Bookbinder

The present trade card, which was made in the later half of the nineteenth century, shows a vignette set at the Deed Warehouse, beneath which the many leather goods on offer are advertised. Upon his death in 1892, Deed was living in Finchley Road and had four servants in his employ; his heirs continued to operate the leather business from a different address on New Oxford Street. The company was listed as an exhibitor at the British Industries Fair as late as 1947. 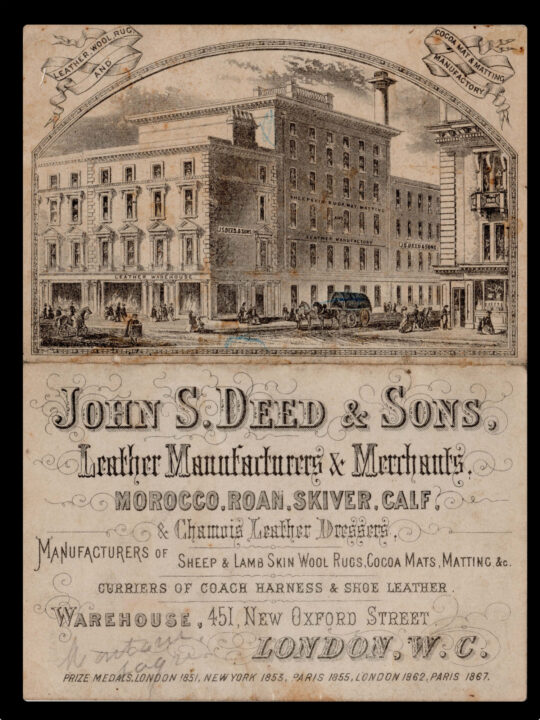