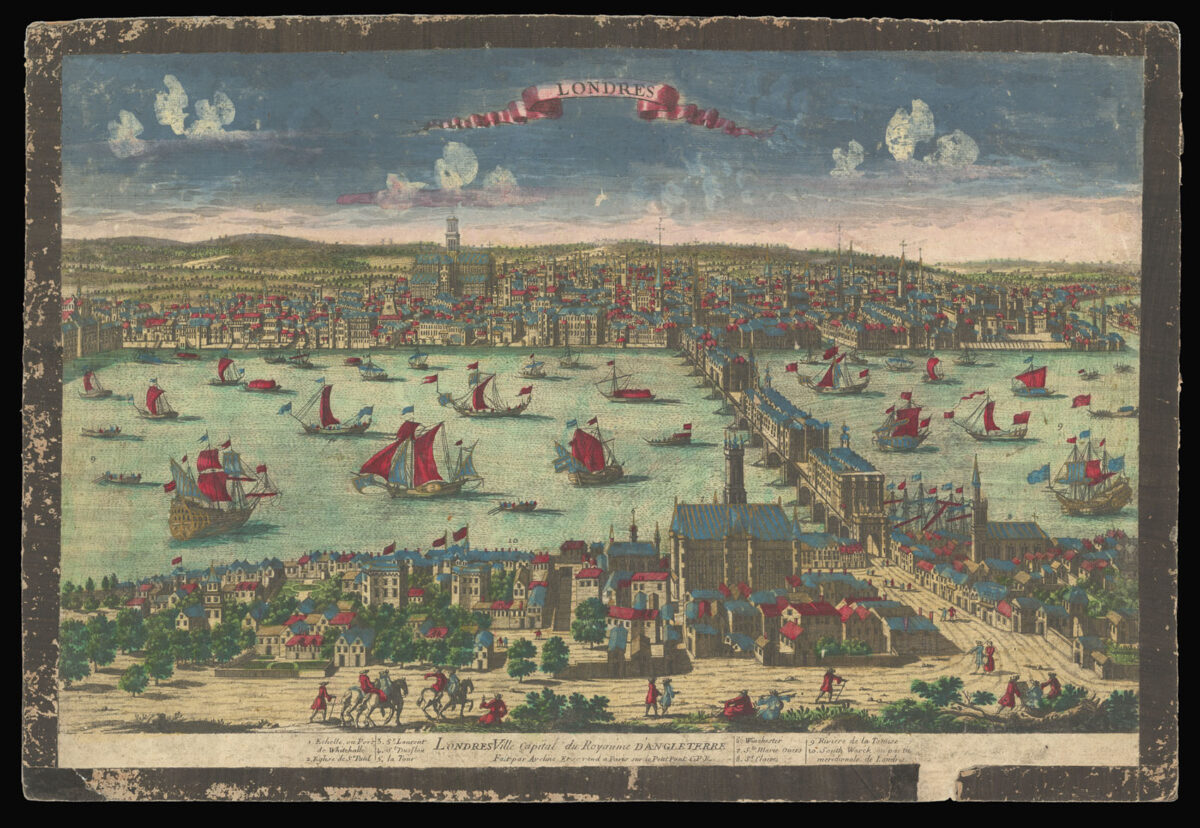 The first state of Aveline’s print showing London before the Fire from Southwark. The key identifies the most important buildings, including the Swan and Globe theatres, the old St Paul’s Cathedral and the first London Bridge, complete with its buildings and the heads of traitors. The view is derived from Visscher’s ​‘excudit’ prospect, via Merian’s. It therefore shows London from Whitehall to St Katherine’s and beyond, with the fictitious north bend in the river on the right. Rather more of Southwark is shown, though the new topographical detail introduced is also fictitious. In the foreground is minuscule staffage consisting of equestrian, perambulating, and seated figures, including an artist sketching the view.

This early state with Aveline’s imprint is rare; it is usually found in later states with the new St Paul’s Cathedral, or with the imprint ​“A Paris chez Jean, a rue de Jean Beauvais”, as recorded by Scouloudi. The British Library copy is catalogued with a tentative date of 1665, presumably to accommodate the pre-fire St Paul’s, but as the BnF gives Aveline’s date of birth as 1656, that seems unlikely. Aveline set up business at le Petit-Pont in 1676, so the print must have been made after that date, possibly around 1686, when Aveline was granted a privilege to publish 115 views of royal residences (BnF). The second state has St Paul’s re-engraved sporting a dome, intended to represent post-Fire, re-built London.

Pierre Aveline (1656–1722) was a French printmaker and publisher, who specialized in topographic prints.