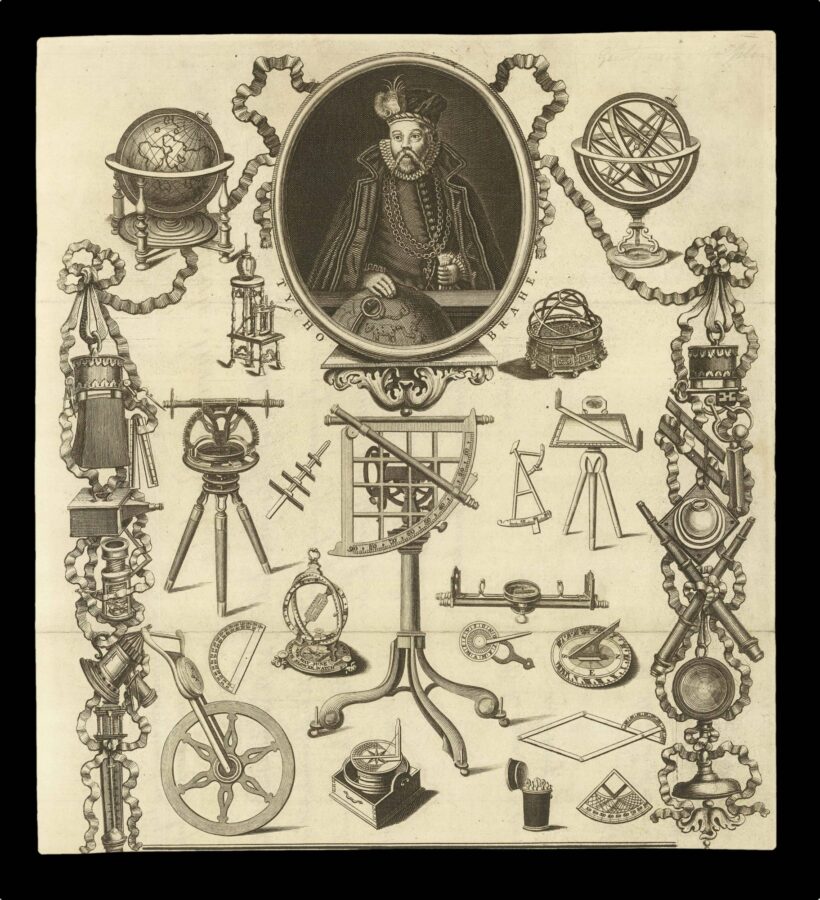 [All Sorts of Optical, mathematical & Philosophical Instruments Constructed on the best & most approved principles, and in the most modern manner,…]

The present trade card shows representations of various scientific instruments surrounded by an ornate border, itself partly composed of instruments, with portrait of Tycho Brahe (1546–1601), Danish nobleman known for his accurate and comprehensive astronomical and planetary observations. Adams set up at 60 Fleet Street after ousting his sister-in-law Hannah. He was a poor businessman, however, and the Adams instrument business, founded in 1734, ended in his bankruptcy.

British Museum cataloguing for the trade card suggests that owing to the style of the print it was probably engraved long before 1796, and that the text advertising Adams’s business may have been changed from a previous one.