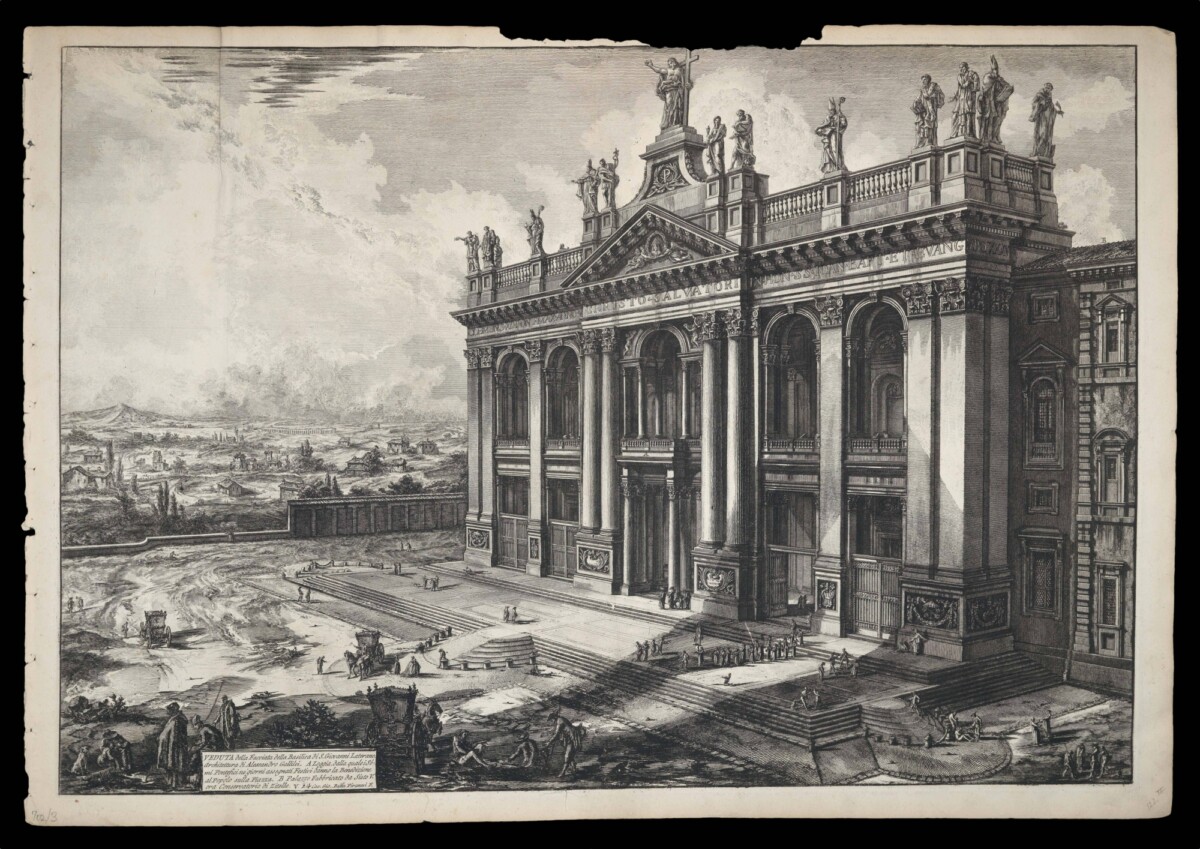 Giovanni Battista Piranesi (1720–1778) was the premier engraver of 18th century Rome, as highly regarded during his lifetime as he is today. Though born in Venice he moved to Rome in 1740, where he spent much of the rest of his life and career. Rome was more than just his home however – it was also his most faithful subject. As such, Piranesi produced hundreds of incredibly detailed prints documenting the city’s monuments, both ancient and modern, its landscapes and its inhabitants in his remarkable series of engravings, The Views of Rome.

The Archbasilica San Giovanni in Laterano was a key monument of the Catholic Church, being the official seat of the Pope (as Bishop of Rome) as well as the oldest church in Europe. Alessandro Gallilei designed the façade, completed in 1737, in a neoclassical style that was starkly at odds with the then eminently popular Baroque. Piranesi stresses, but does not amplify, the colossal scale of the church through comparison with the crowds of dwarfed bystanders. A rural landscape, populated with farmhouses and the remains of an ancient aqueduct, extends out behind the church into the background, reminding us that in Piranesi’s time San Giovanni in Laterano sat on outskirts of a much smaller city than we know today. 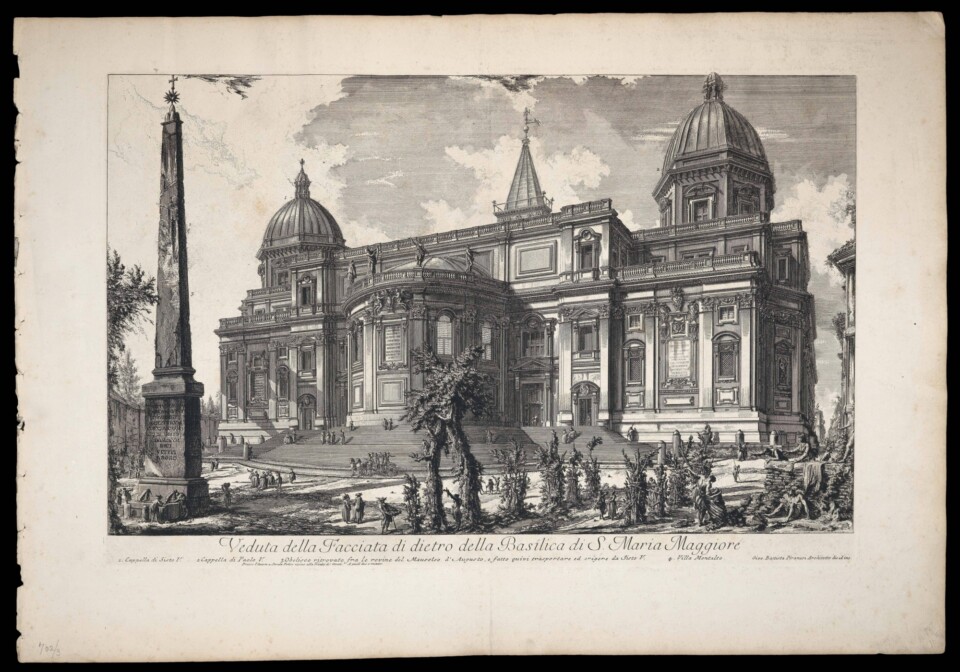 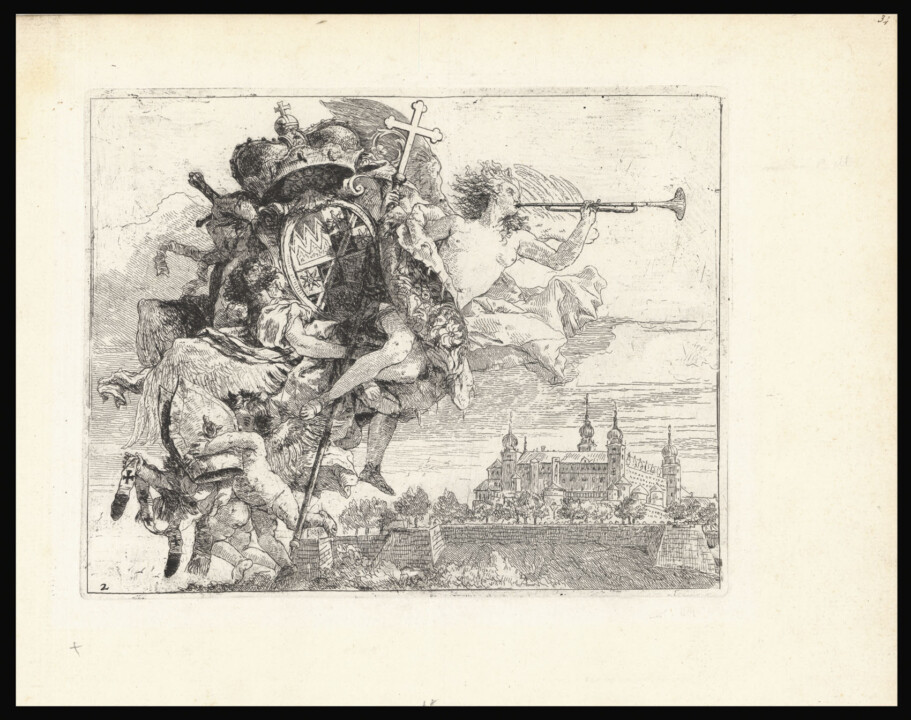 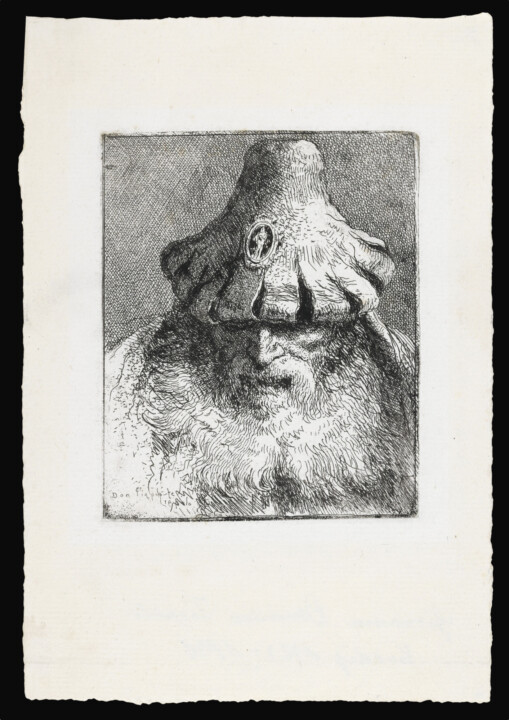