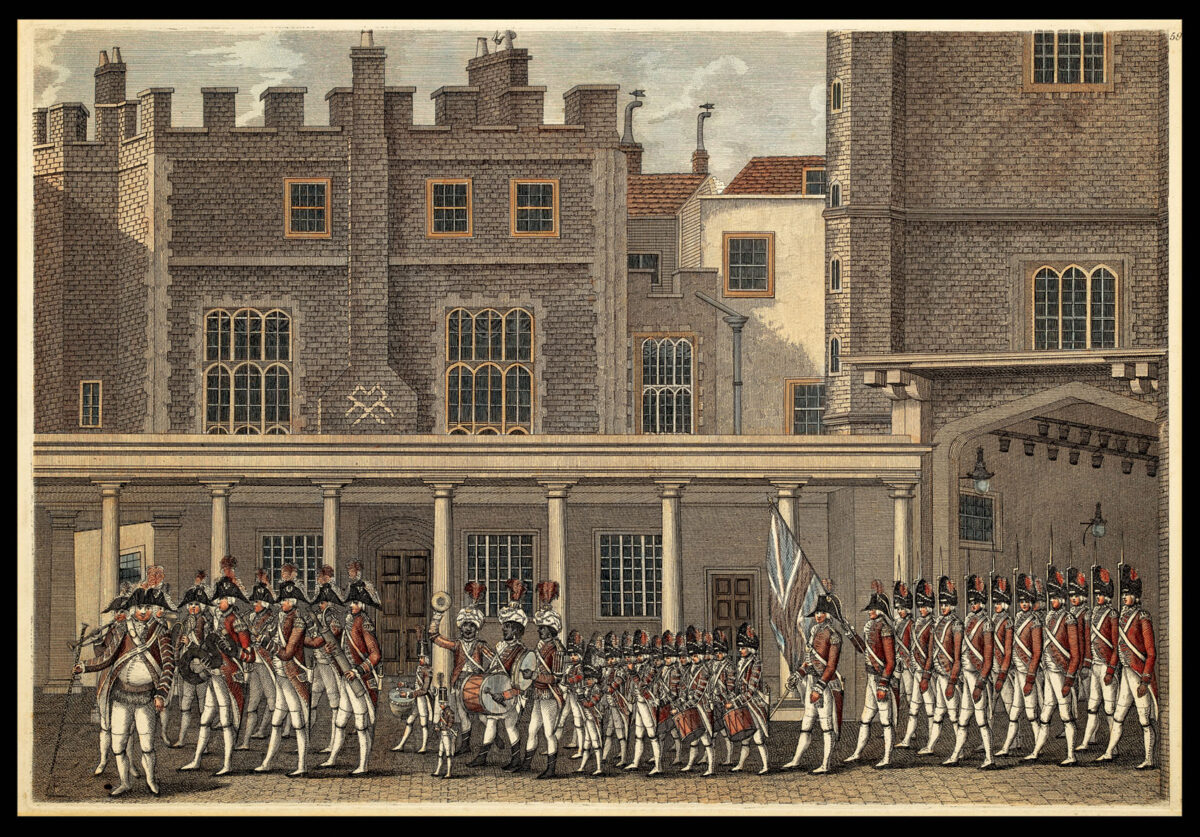 “Any British regiment with any pretensions to smartness had its corps of black musicians, gorgeously dressed”

A print showing the regimental band of the Grenadier Guards at St James’s Palace, the oldest band in the British army. The procession is made up of the musicians, the time-beaters, and the drummers, each wearing a different uniform. Of particular interest are the three black men in the group. It became a tradition in the British army to use black musicians as military bandsmen, a trend that seems to have started with regiments posted in the West Indies (Strachan). By the end of the eighteenth century ​“any British regiment with any pretensions to smartness had its corps of black musicians, gorgeously dressed” (Fryer). The Grenadier Guards first took on black musicians in 1772. The fashion was for so-called ​‘Turkish’ band music, which required more percussion instruments, especially the cymbals and drums, preferably played by ​‘exotic’ looking musicians, emphasised by the eastern costumes they were given.

Accordingly, the musicians in the print are playing bass, tenor and side drums and cymbals, and wearing plumed turbans. One of them, named Francis, served until 1840, when he was honourably discharged. C. ffoulkes identifies a copy in the Crace Collection and gives the date as 1790.