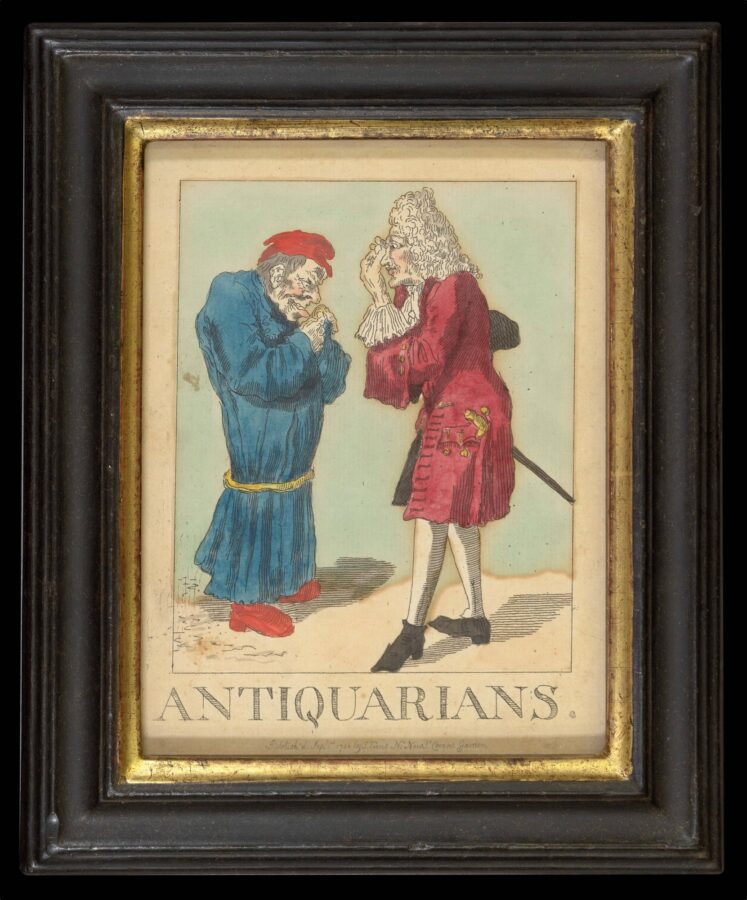 The etching depicts two antiquarians, each scrutinising a small object, most likely an ancient coin. The term antiquarian had gained acceptance in the Tudor period, when the likes of William Camden began to study England’s ancient objects and monuments. The field of study would continue to grow throughout the seventeenth century, and in 1707 the Society of Antiquaries was founded to promote and encourage the study of antiquities.

The Society and their member’s adherence to the study of ancient objects, and interest in arcane and obscure details, at the expense of modern day affairs, often left them open to ridicule, with the likes of Rowlandson and Cruikshank producing several unflattering satires.

Little is know about the publisher of the present work, S. Trent, save that he produced several satirical prints, during the 1780s.