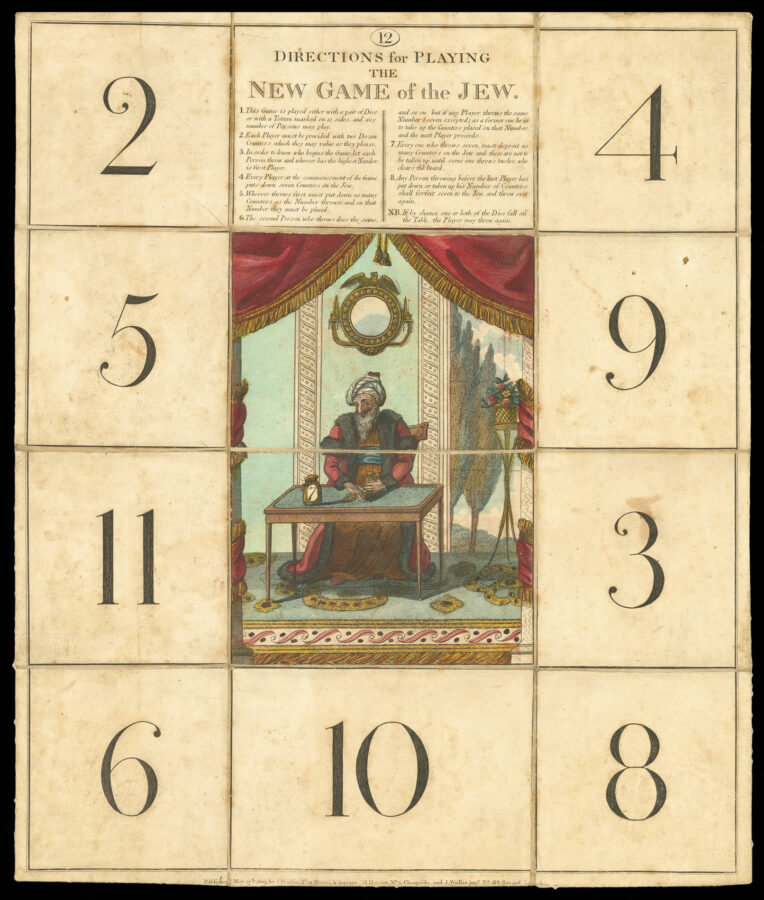 The New and Fashionable Game of the Jew

A fine copy of this anti-Semitic board game, where the playing area is divided into ten sections, In the centre is a stereotyped depiction of a Jewish moneylender, surrounded by money bags. The players each have to roll a pair of dice or a totem, which gives the number of counters they have to place on the corresponding square of the board. If they throw a seven, their money goes to the Jew; if they throw a twelve, they receive all the counters on the board (Whitehouse). It is rare to find the game with the original totem.

Stephen Sondheim, who, as a games collector, owns a copy, commented memorably: ​“It taught kids to be anti-semitic” (ATG).