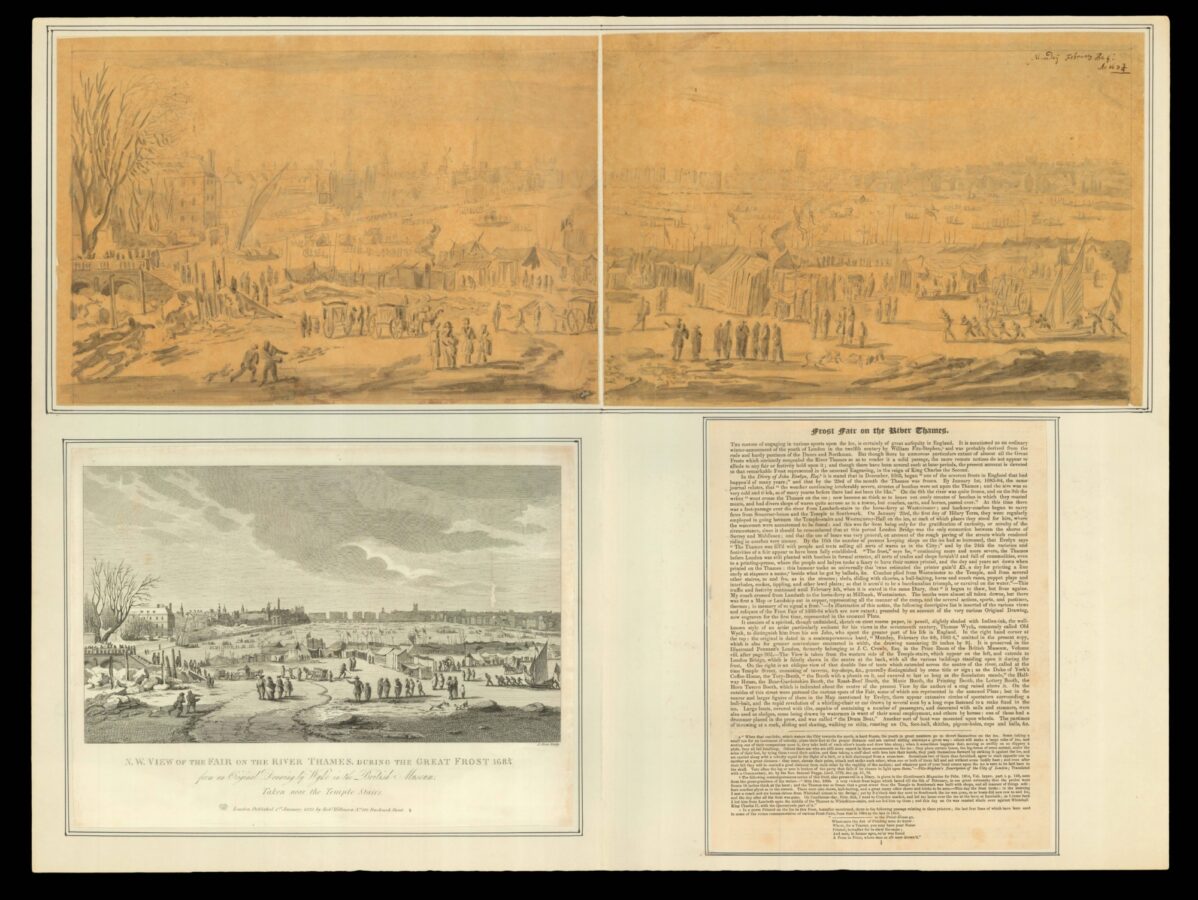 N.W. View of the Fair on the River Thames during the Great Frost 1683/4 from an Original Drawing by Wyke in the British Museum. Taken near the Temple Stairs.

James Stow’s (1770–1823) preparatory artwork for his engraving of the scene first painted by Jan Wyck and now in the British Museum.

Stow is probably best remembered for his engravings for John Boydell’s series illustrating the works of Shakespeare, and Robert Bowyer’s edition of David Hume’s ​‘History of England’ (1806). But, tragically, ​“Stow is said to have fallen into intemperate habits, and he died in obscurity and poverty” (Ruth Cohen for DNB).