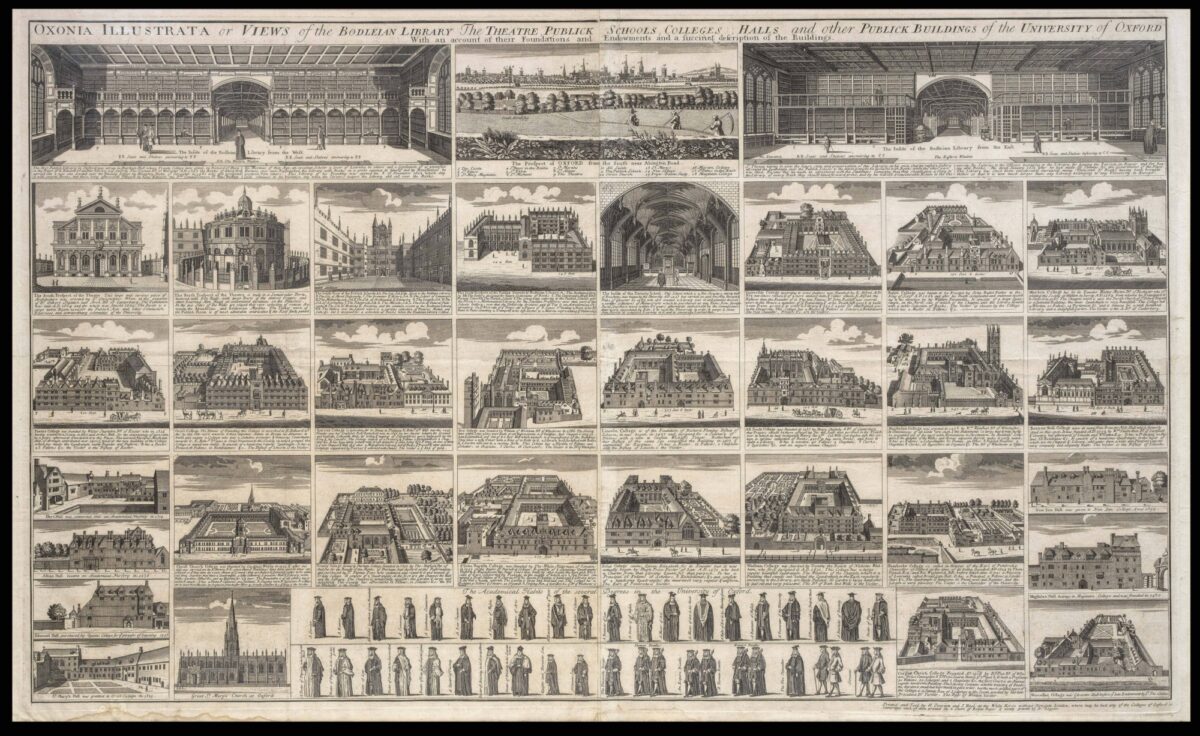 Oxonia Illustrata, or Views of the Bodleian Library, the Theatre, Publick Schools, Colleges, Halls, and other Publick Buildings of the University of Oxford, with an account of their Foundations and Endowments and a succinct description of the Buildings

A very large, rare, and separately published advertisement for Overton’s issues of David Loggan’s celebrated ​‘Oxonia Illustrata’, the plates for which were acquired by Overton, or his father John, at some point during the decade following Loggan’s death in 1692. A partner, showing Loggan’s Cambridge views, was likely printed at the same time, though the exact date of publication for both is unknown, and it is unclear whether the pair were intended to advertise Overton’s reprints of Oxonia Illustrata and Cantabrigia Illustrata in 1705 and 1715 respectively, or simply that he was intending to issue restrikes of individual plates on large sheets according to customer demand.

Although very closely modelled on Loggan’s aerial plans of the colleges and public buildings, these are actually miniature re-engravings, likely by Overton himself, and printed over two sheets. Each of the available plates is shown in reduced scale on the advert, with Loggan’s prospect of Oxford from the Abingdon Road flanked by his east and west views of Duke Humphrey’s Library at top. Along the bottom, University costumes are shown in two lines. The remaining views are gridded with relevant explanatory text below each.

​‘Oxonia Illustrata’ was the first illustrated book on Oxford and one of the major works of the seventeenth century. The book, published in 1675, was the product of several years of devoted and conscientious effort in which Loggan was assisted by his pupil Robert White. ​‘Oxonia Illustrata’ was intended as a companion work to ​‘Historia Antiquitates Universitatis Oxoniensis’ by Anthony Wood, with whom Loggan had become acquainted some years earlier.

David Loggan (1635–1692), artist and engraver, was born in Danzig. He may have learnt the art of engraving from Simon van den Passe in Denmark and from Hendrik Hondius in the Netherlands. Loggan followed Hondius’s sons to England in about 1653 and by 1665 he was residing at Nuffield, near Oxford, and had made the acquaintance of Anthony Wood. On 30 March 1669 he was appointed Engraver to the University of Oxford, with an annual salary of twenty shillings. He married a daughter of Robert Jordan, Esq., of Kencote Hall in Oxfordshire, in 1671 and in 1672 they had a son, John Loggan, who later graduated from Trinity College. The marriage probably produced another son, William Loggan, about whom little is known except that he was responsible for a satirical print of Father Peters and the Jesuits, published in 1681. David Loggan took up residence in Holywell in about 1671, prior to matriculating at the University. In 1675 he was naturalised as an Englishman.

Henry Overton (1676–1751) was a British engraver, publisher, mapmaker, and printseller. The son of the mapseller John Overton, and brother of Philip Overton, Henry inherited his father’s stock and business in 1707, later forming a partnership with John Hoole (fl1710-1737). His earlier maps were largely based on acquired plates engraved by Sutton Nicholls, John Speed, and Blaeu. In addition to his own works, he also published revised editions of Speed’s Atlas, as well as David Loggan’s views of the colleges and public buildings of the Universities of Oxford and Cambridge. 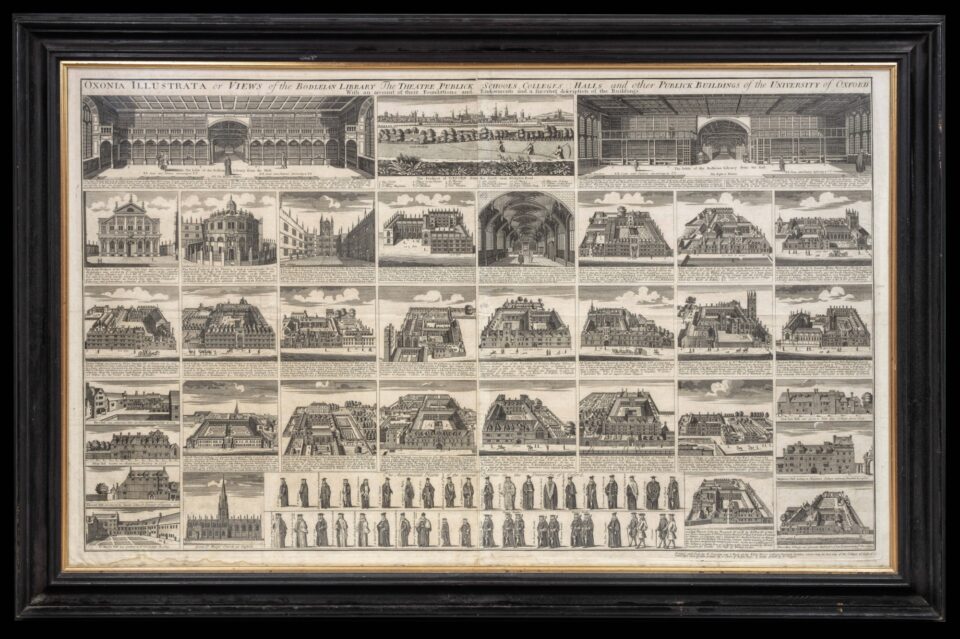 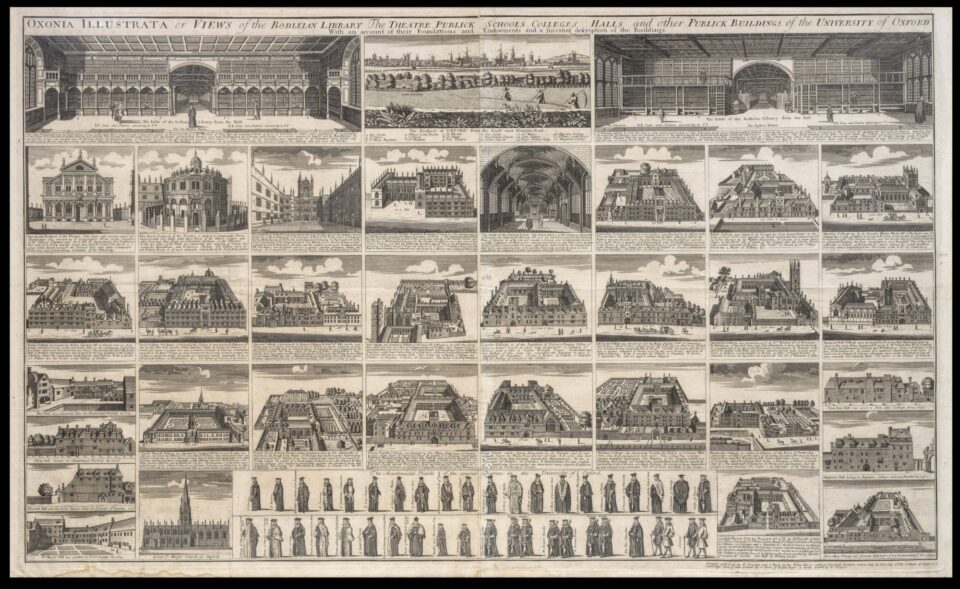