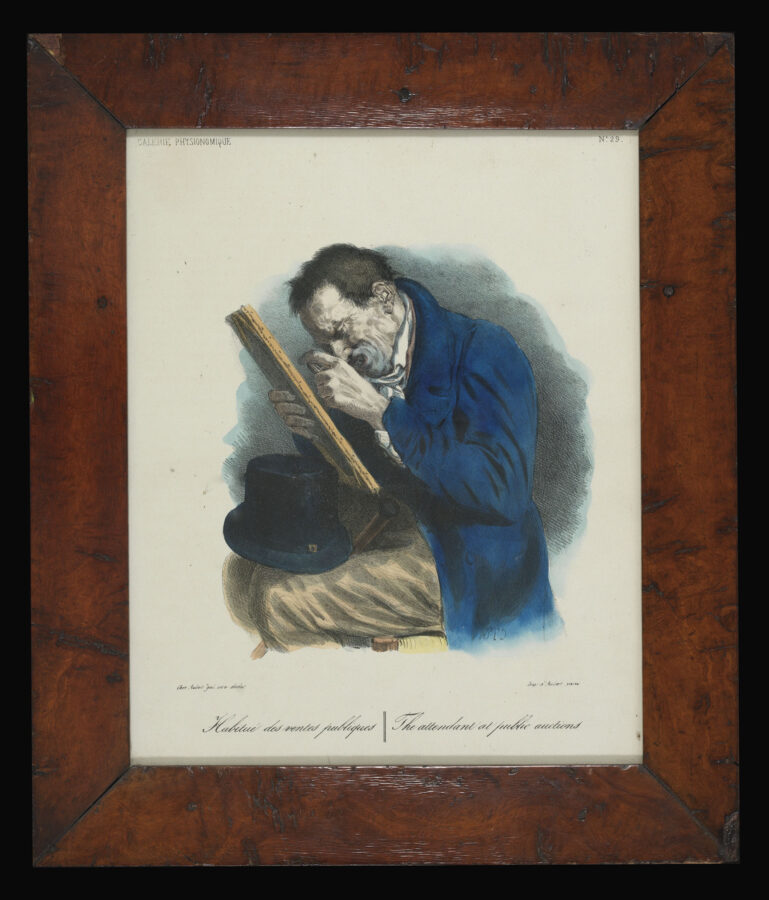 Habitue des vents publique. The attendant at a public auctions.

Caricature of a Parisian auction antendee. A gentleman who would not look out of place in the modern day Hôtel Drouot.

La Maison Aubert was a French publisher of prints, specialising in satires. Founded in 1829 by Charles Philipon and his brother-in-law Gabriel Aubert. The pair had premises in the Magasin des Caricatures in the Passage Véro-Dodat (1829), which moved to the Place de la Bourse in 1841. They opened a second shop in the Galerie Colbert in 1835; about the same time they established their own lithographic printing press. Gabriel Aubert died 1847, although his widow continued to run the business up until 1850. 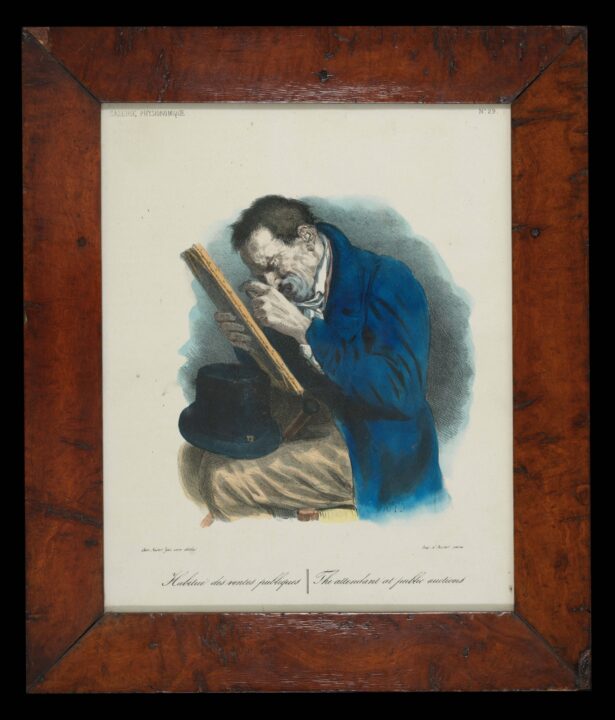