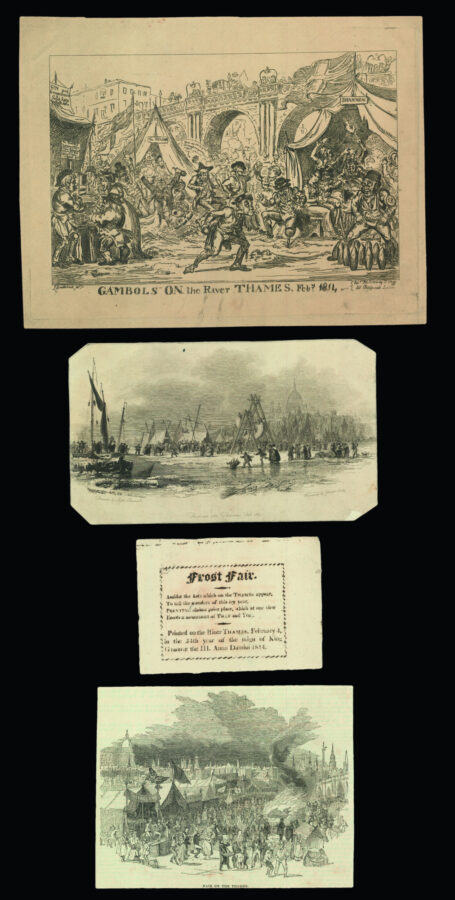 Gambols on the River Thames Feb 1814.

The last Frost Fair took place on the frozen River Thames between Blackfriars Bridge and London Bridge for four days at the beginning of February 1814. There was feasting, drinking, and activities such as nine-pin bowling, dancing, and swings. One of the highlights included an elephant being led across the river! On February the 5th, the fair ended when the ice began to break up, tragically resulting in several deaths. Since then, on account of the milder climate, the replacement of the Old London Bridge with a new one with wider arches, and the incremental embankment of the river, the Thames has not frozen over so completely as to allow another fair to take place upon it.

Bookseller and printer Thomas Tegg, usually based at 111 Cheapside, also took to the ice, published his print, ​‘Gambols on the River Thames’, on the third day of the fair, drawn by the noted caricaturist George Cruikshank. It depicts a range of activities including bowling, dancing, printing and lots of drinking, as several of London’s pubs appear to have set up large tents, with one sign advertising ​“Gin and Gingerbread Sold here Wholesale”. A crowd of well-dressed people appear to be observing the merrymaking below from the bridge. 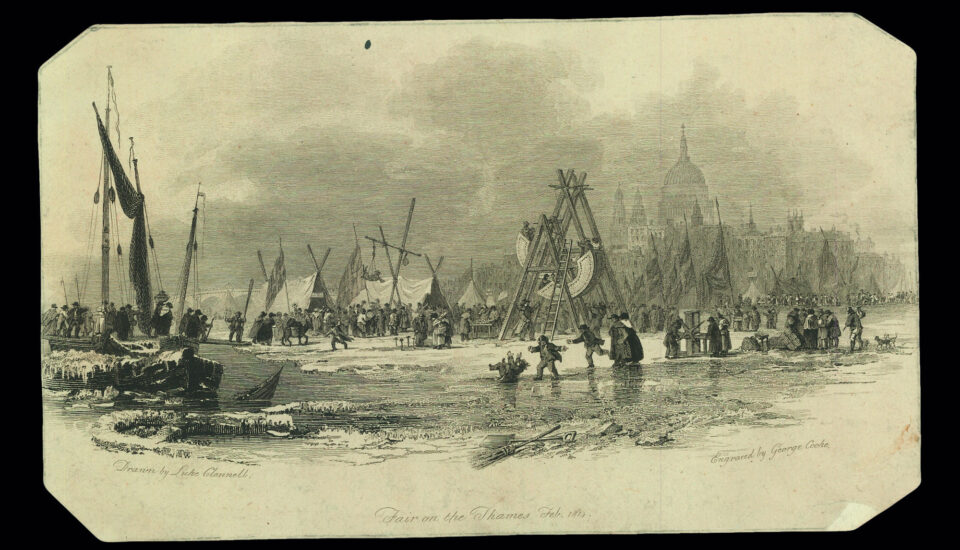 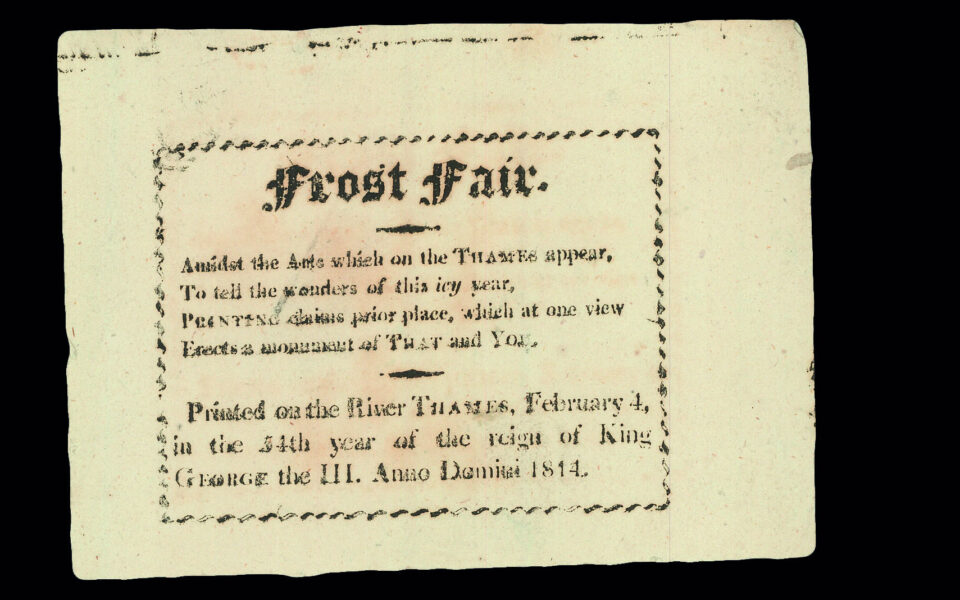 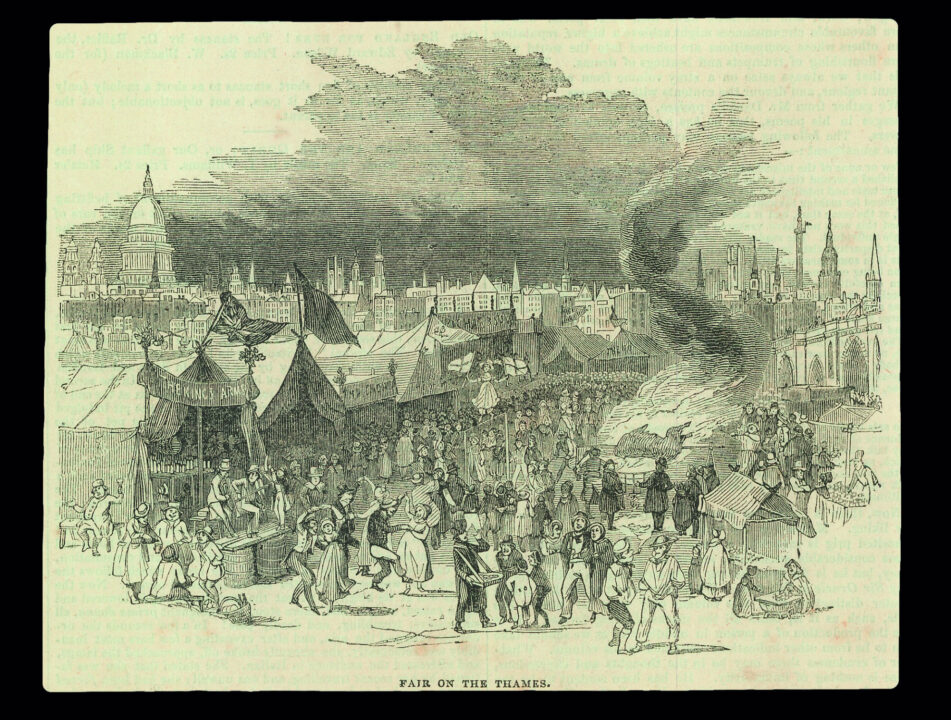 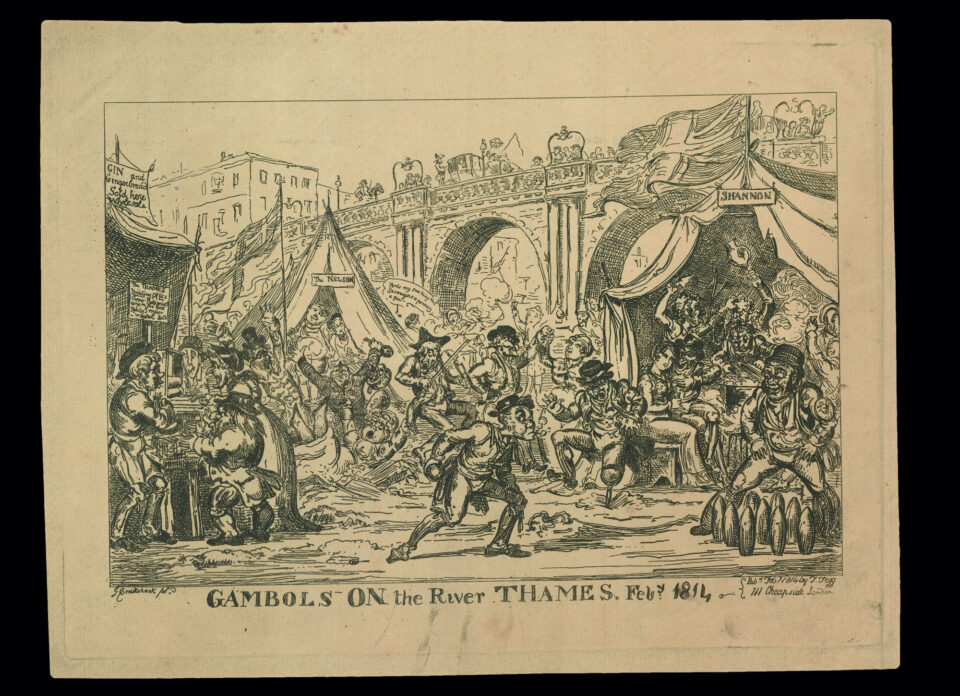 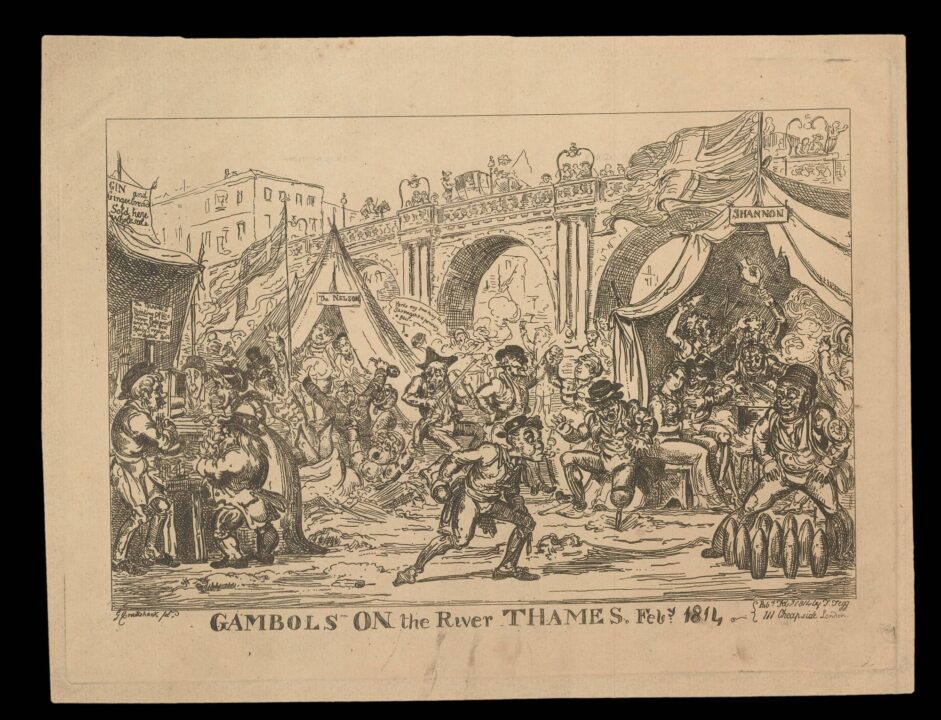 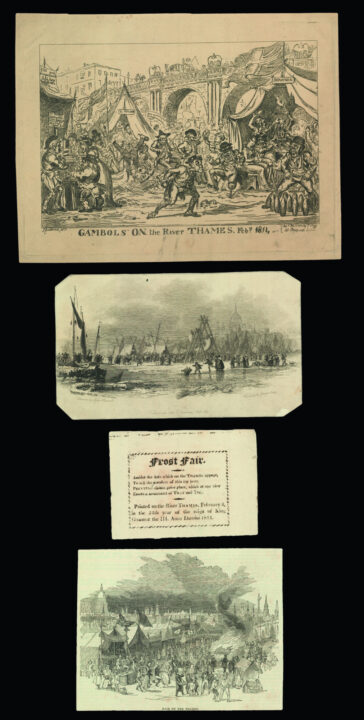