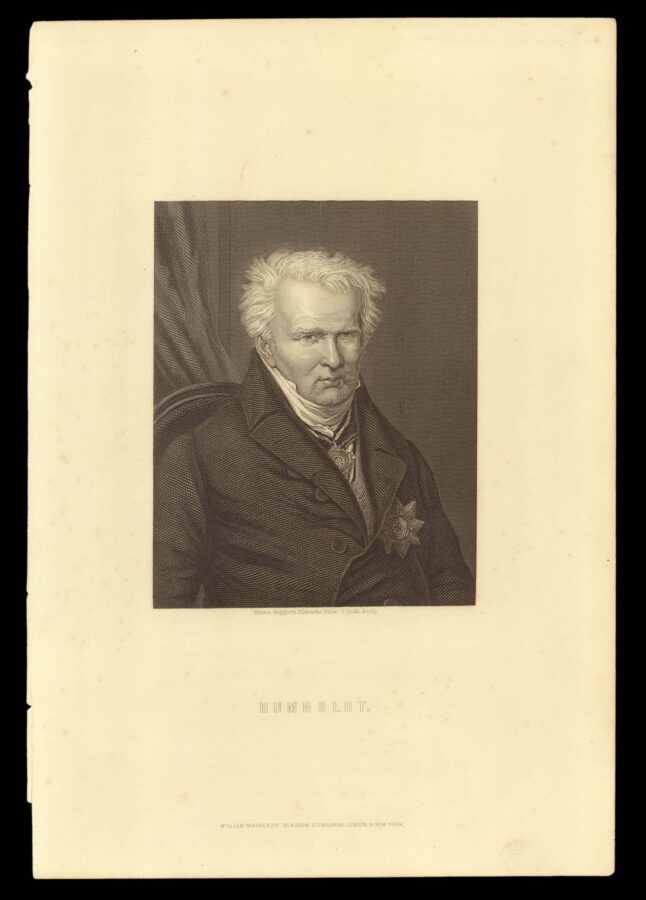 Friedrich Wilhelm Heinrich Alexander von Humboldt (14 September 1769 – 6 May 1859) was a German polymath who made numerous important contributions to different fields. He studied under a series of excellent tutors as a child, later at the universities of Frankfurt and Göttingen, and then during his extensive travels across Europe, North and South America, and Russia. Humboldt’s work laid the foundation for the field of biogeography, for modern geomagnetic and meteorological monitoring, for the theory of continental drift, and finally for the concept of human-induced climate change.

The present portrait, which shows Humboldt seated against a plain dark background wearing a double-breasted coat with chivalric star, was engraved by Conrad Cook after Emma Gaggiotti-Richards and published by William Mackenzie during the mid-nineteenth century. Gaggiotti-Richards was an Italian painter, musician and singer born in Rome in 1825, who moved to England after marrying an English journalist, where her work found favour with no other than Queen Victoria and Prince Albert.