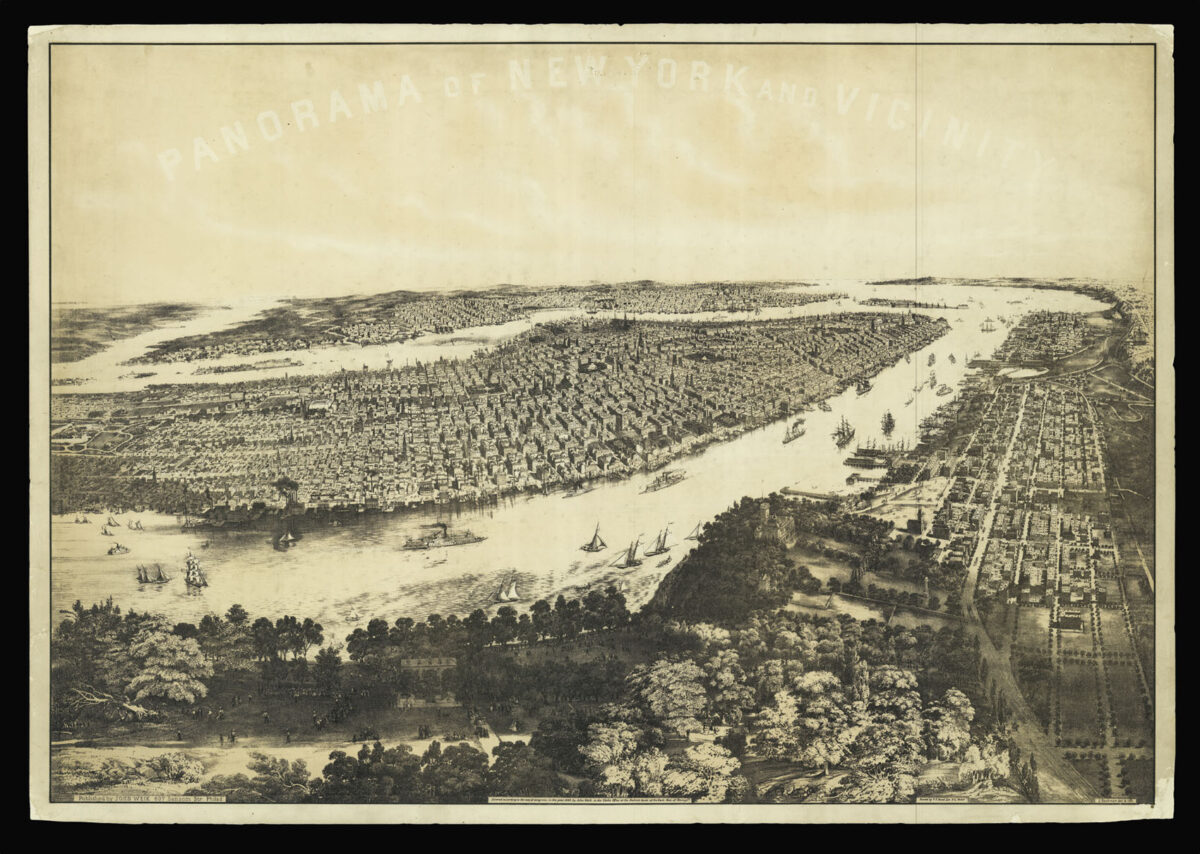 Panorama of New York and Vicinity

A wonderful bird’s-eye view of New York City, focusing on Manhattan, and providing a prospect of the city before the areas around the island became more densely populated. It also shows the importance of the island’s location for traffic and trade, with the Hudson and East Rivers both teeming with vessels. The open space of Central Park, which was then still under construction, is visible at the left side. The view looks southeast over the Hudson River from a rocky bluff in Weehawken, New Jersey, not far from where traffic nowadays exits the Lincoln Tunnel. In the mid-nineteenth century however, this area was a popular destination for affluent New Yorkers looking to escape the crowded city’s sweltering summer heat. Accordingly, the print’s foreground shows mansions surrounded by wooded parkland, well dressed crowds strolling among the trees, and two games of baseball being played while sizable crowds look on. The baseball diamonds are likely in Hoboken’s Elysian Fields, believed to be the site of the sport’s first organized match in 1845.

John Bachmann was one of the leading producers of bird’s-eye views in the late nineteenth century, capitalising on the popularity of panoramic views as expressions of civic pride. He was a German immigrant to the United States, where he began his career by producing views of Civil War battlegrounds. The lithographer, Herman Bencke, worked in New York and often collaborated with Bachmann. 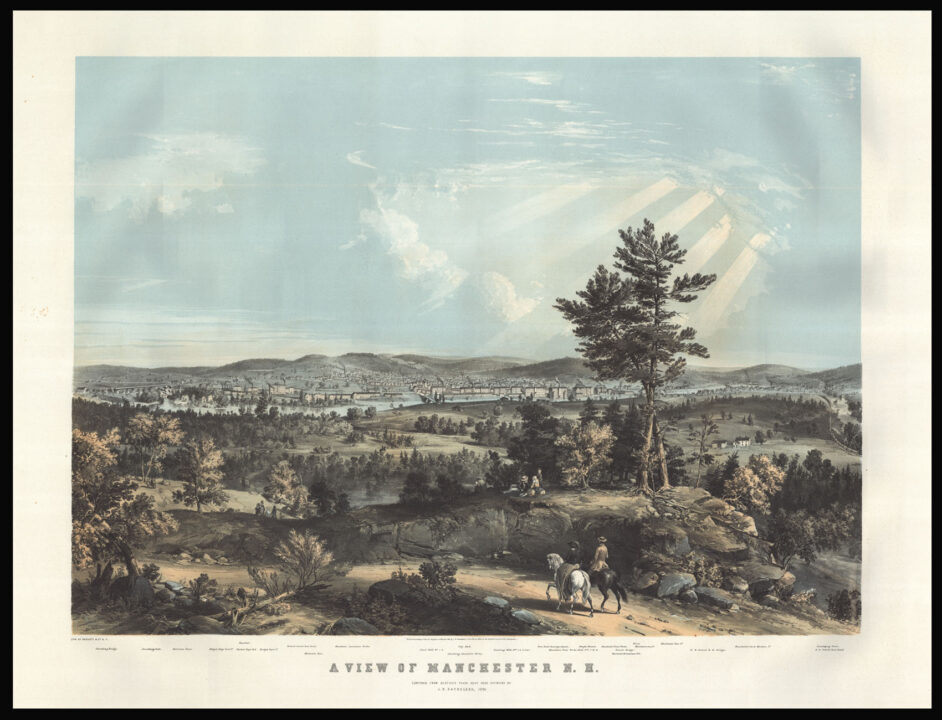 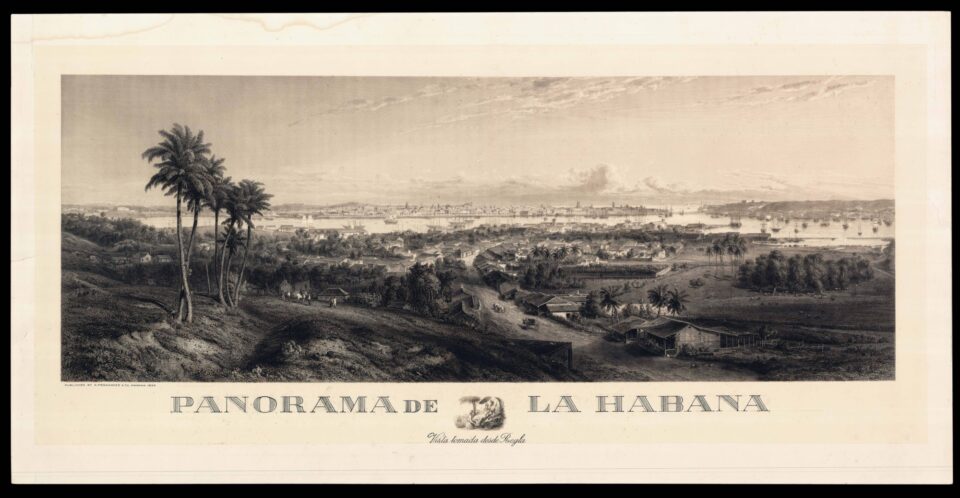