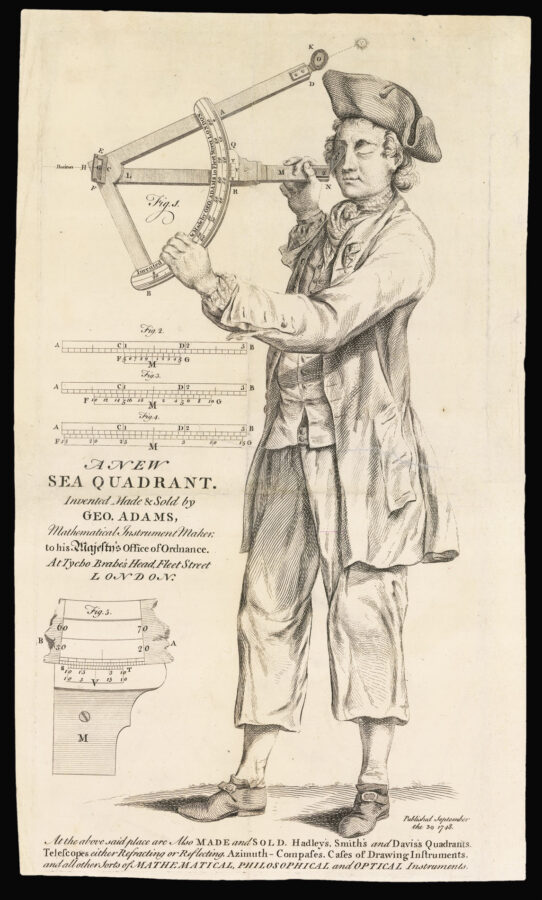 New Sea Quadrant. Invented, Made & Sold by Geo. Adams. Mathematical Instrument Maker to his Majesty’s Office of Ordnance. At Tycho Brahe’s Head Fleet Street, London. At the above said place are Also made and sold Hadley’s, Smith’s, and Davis’s Quadrants.

George Adams (c.1704–1773) was one of the leading the scientific instrument makers of his day. Apprenticed in 1718 he is recorded as setting up his business in 1735 of Fleet Street at the sign of Tycho Brahe’s Head. He began making scientific instruments for the East India Company from 1735, was Mathematical Instrument Maker to the Royal Ordnance from 1748 to 1753 and later instrument maker to His Royal Highness the Prince of Wales and King George III.

George Adams is recorded as being at the address Tycho Brahe’s Head between 1738 and 1757.

The advertisement was issued separately and bound in with Adam’s exceedingly rare work ​‘The description and use of a new sea quadrant’. OCLC records three institutional examples of the work: St Andrews University Library; The British Library; and The University of Edinburgh. The work last appeared on the market in 1951.

On the verso of the print are three paste-down slips bearing the numbers ​“No 159”, ​“5103”, and ​“4830”, together with a further slip with the letterpress text ​“Baker and Leigh” and the letters ​“c.o.b.” in manuscript iron gall ink. It is likely that these represent lot numbers from an auction, presumably: ​“Baker and Leigh — C[lose] o[f] B[usiness]”.

Samuel Baker (d.1778) was a bookseller. He founded his business in 1744. His friend, George Leigh, was taken into partnership in 1767 (Baker & Leigh). Baker died in 1778 and his nephew, one John Sotheby, inherited his share of the firm. The partnership was dissolved in 1804, and the remaining inventory, presumably including the present print, sold at auction before reforming under John’s son, Samuel Sotheby. The rest, as they say, is history! It is worth noting that when Sotheby’s claim that they have been in business since 1778, they are technically incorrect — they have really only been carrying on since 1804. The present advertisement may, therefore, be one of the earliest, if not the earliest, recorded example of a lot tag from the auction house that would become Sotheby’s. 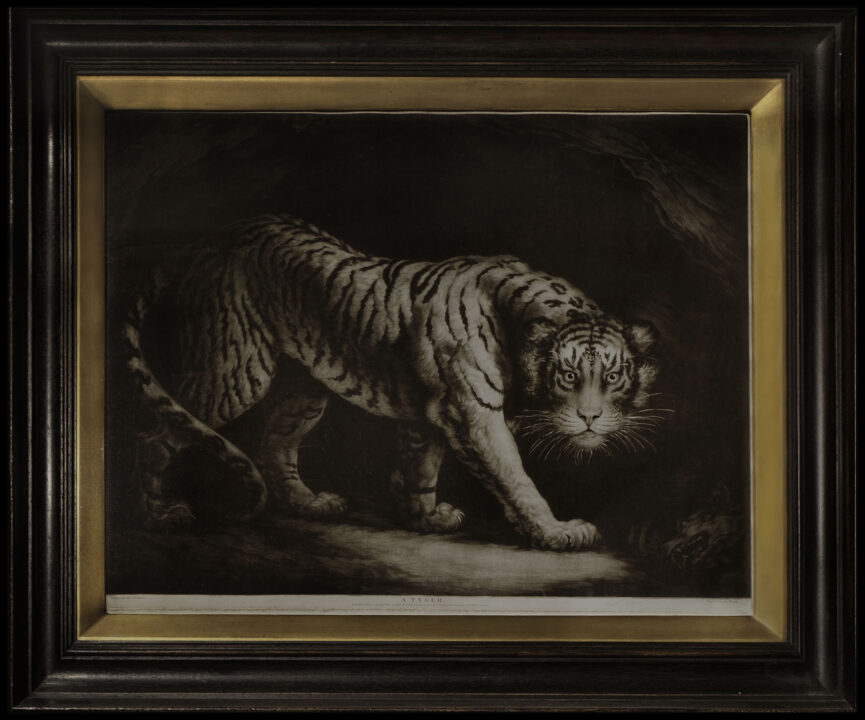 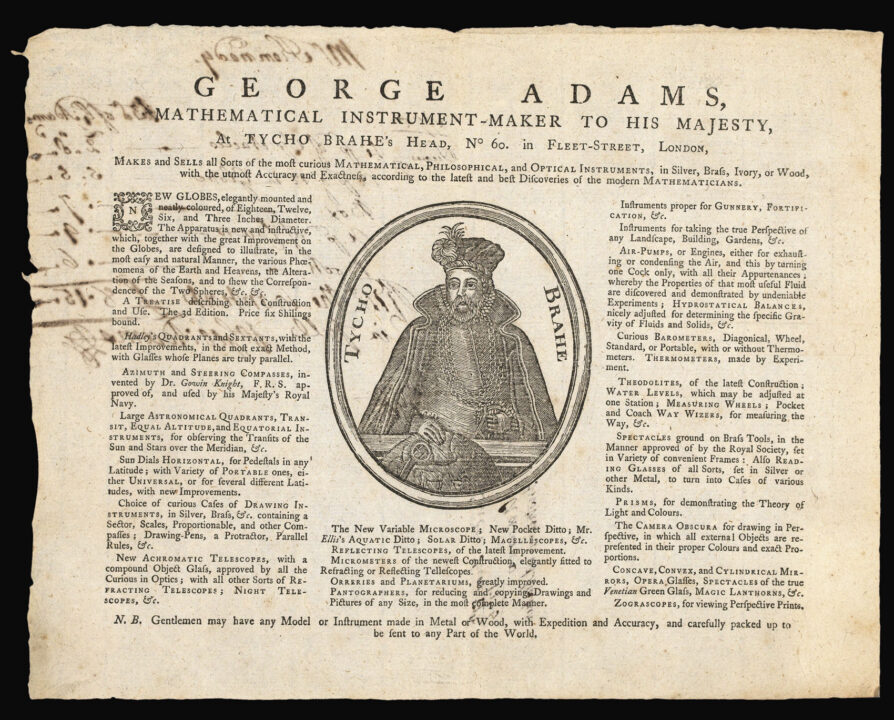