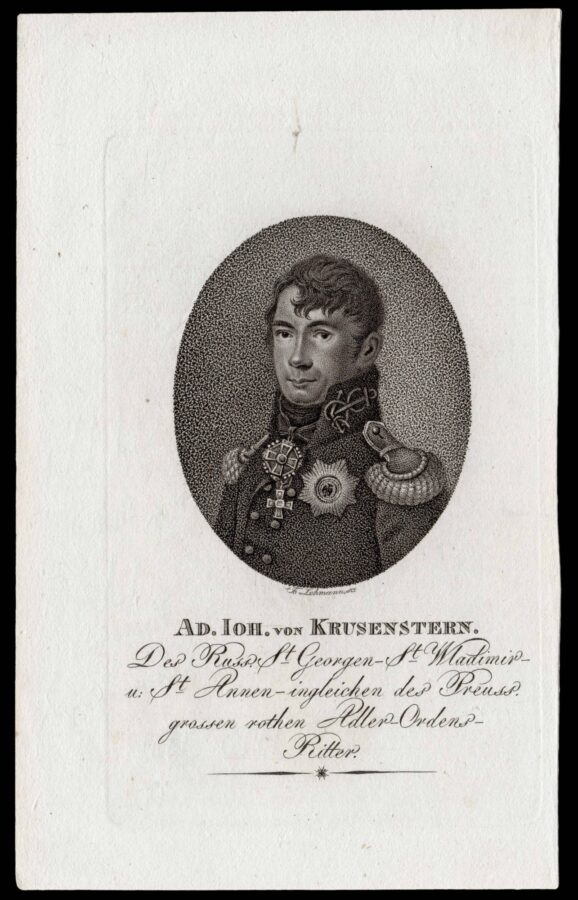 Admiral Adam Johann Ritter von Krusenstern (1770–1846) led the first Russian circumnavigation of the globe from 1803 to 1806. The aims of the expedition included the development of the fur trade with Russian America, the establishment of trade with China and Japan, and the facilitation of trade in South America. Upon his return to Russia, he penned an account of the expedition, ​“Journey around the World in the Years 1803, 1804, 1805, and 1806 at the Command of his Imperial Majesty Alexander I in the Ships Nadezhda and Neva”, which was published in St. Petersburg in 1810. The work included several detailed maps he had made during the voyage.

Around the same time as his account was published, Krusenstern’s portrait was included in the German geographical magazine, ​‘Allgemeine Geographische Ephemeriden’. Engraved by F. Lehmann, it shows the bust of Krusenstern in three-quarter perspective, dressed in military uniform and displaying his awards and medals.