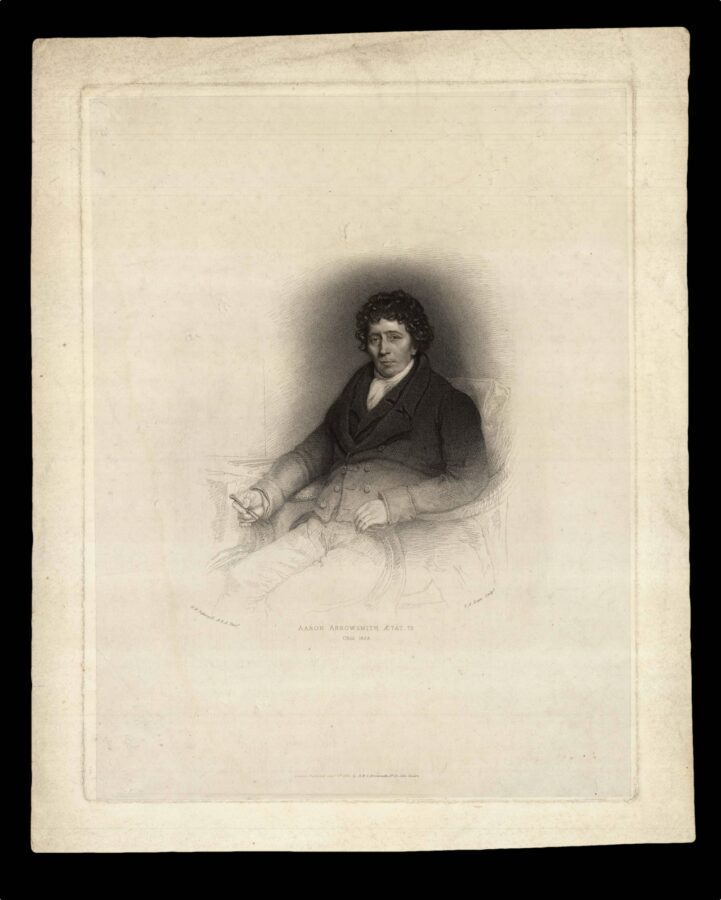 The founder of the Arrowsmith dynasty of cartographers, Aaron Arrowsmith (1750–1823) established his firm in London in the 1780s. Arrowsmith was to establish himself as the foremost cartographer of his time, specialising in large-scale or multi-sheet maps; these set a new standard, as Arrowsmith was assiduous in analysing and verifying his sources, discarding not only the fictional but also the uncertain, going to printed and manuscript sources for his information, and engraved in a clear and highly legible style. On his death, Arrowsmith was succeeded by his sons Aaron (1802–1854) and Samuel (1805–1839) who worked as partners from 1823 to 1832.

In addition to the many maps Aaron and Samuel published, they also produced some prints including the present portrait. Showing Arrowsmith seated and holding a pair of compasses, the engraving was made by Thomas Anthony Dean and based on a portrait of the cartographer by Henry William Pickersgill, a member of the Royal Academy. The plate was used as a frontispiece in the 1825 edition of Arrowsmith’s ​‘Outlines of the World’.