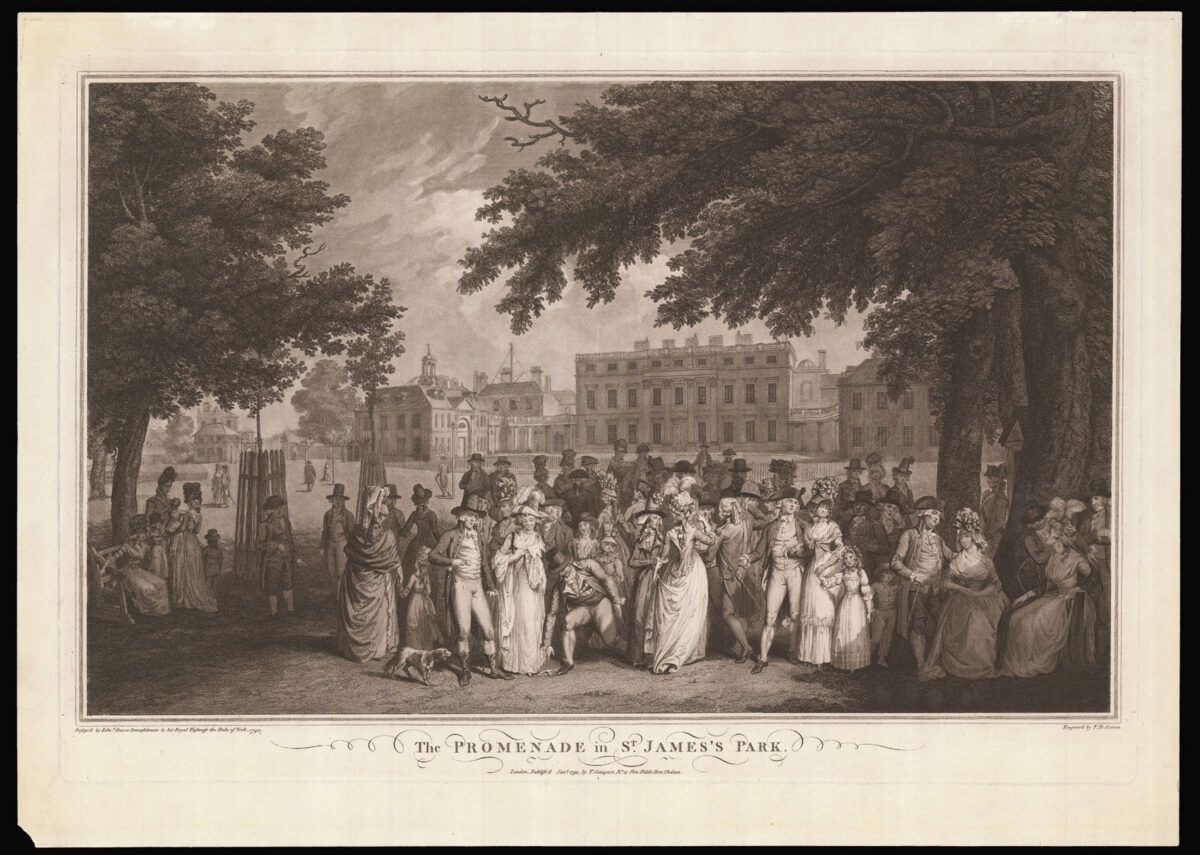 A walk in the Park

The Promenade in St James’s Park; An Airing in Hyde Park.

A view of a crowd in St James’s Park. Londoners of all classes would go there to see and be seen; a young man stoops to recover a lady’s glove on the left, and another leans over the back of his lady’s chair on the right. It became especially popular after George III bought the nearby Buckingham Palace in 1763. The neo-classical building in the background of the print is St James’s Palace, which was still used by the royal family for formal occasions.

Hyde Park was the fashionable place to ride in London, as shown by the mounted gentleman and the lady in a carriage in the background. Rotten Row was the place for individual riders, and the Drive was the home of the light carriages which came into fashion as the surfaces of the London roads improved.

Edward Dayes (1763–1804) was a British painter and draughtsman to the Duke of York. Thomas Gaugain (1748–1805) and François David Soiron (b.1764) were French and Swiss-born engravers respectively who came to England to ply their trade. 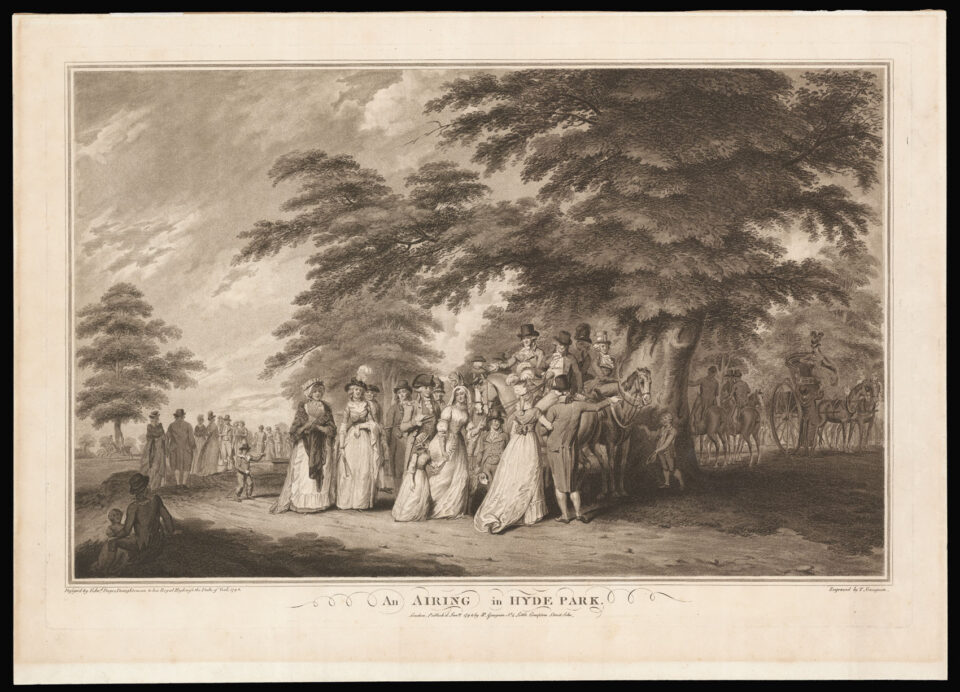