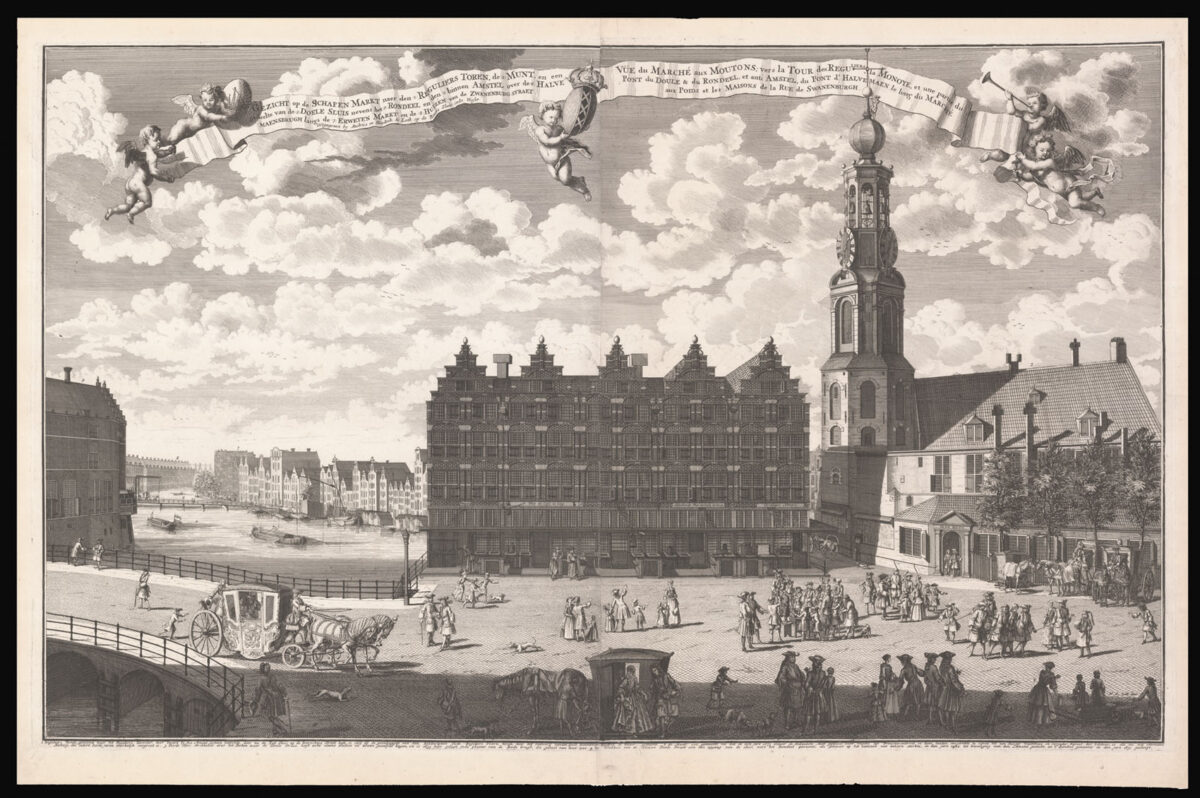 The Muntplein is named after the Munttoren (or simply Munt) tower which stands on this square. This tower was once part of the three main medieval city gates. In the seventeenth century, it temporarily served as a mint, hence the name. The square was originally named Schapenplein and in the seventeenth century was enclosed by the Englese Huizen, shown in the centre. The buildings were constructed in 1624, and would be demolished in the late nineteenth century for the widening of the bridge over the Singel, as a result of which the enclosed Schapenplein disappeared. The new square was given the name Sophiaplein, after the deceased first wife of King William III, but was soon called the Muntplein or in short, the Munt.