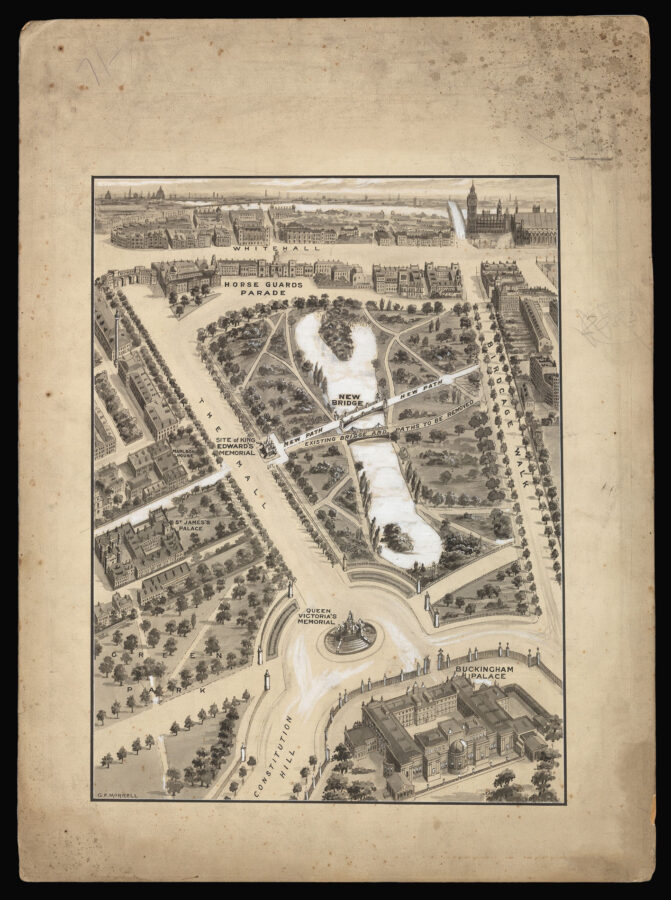 A bird’s-eye view of St James’s Park, showing the proposed site of a new bridge over the lake. The bridge was designed by Sir Edwin Lutyens in 1926: the original drawings are held in the RIBA Library. The design was commissioned by the solicitor H.L. Farrer, of Farrer and Co. Farrer and his brothers had employed Lutyens to rebuild their offices and homes. Unfortunately, the bridge was vetoed by the Fine Art Commission, which upset Lutyens very much. He admitted, ​“I am very low about it” (Ridley). The current bridge, known as the Blue Bridge, was installed in 1957.

The illustration was probably produced for the Graphic, a paper to which Morrell often contributed.