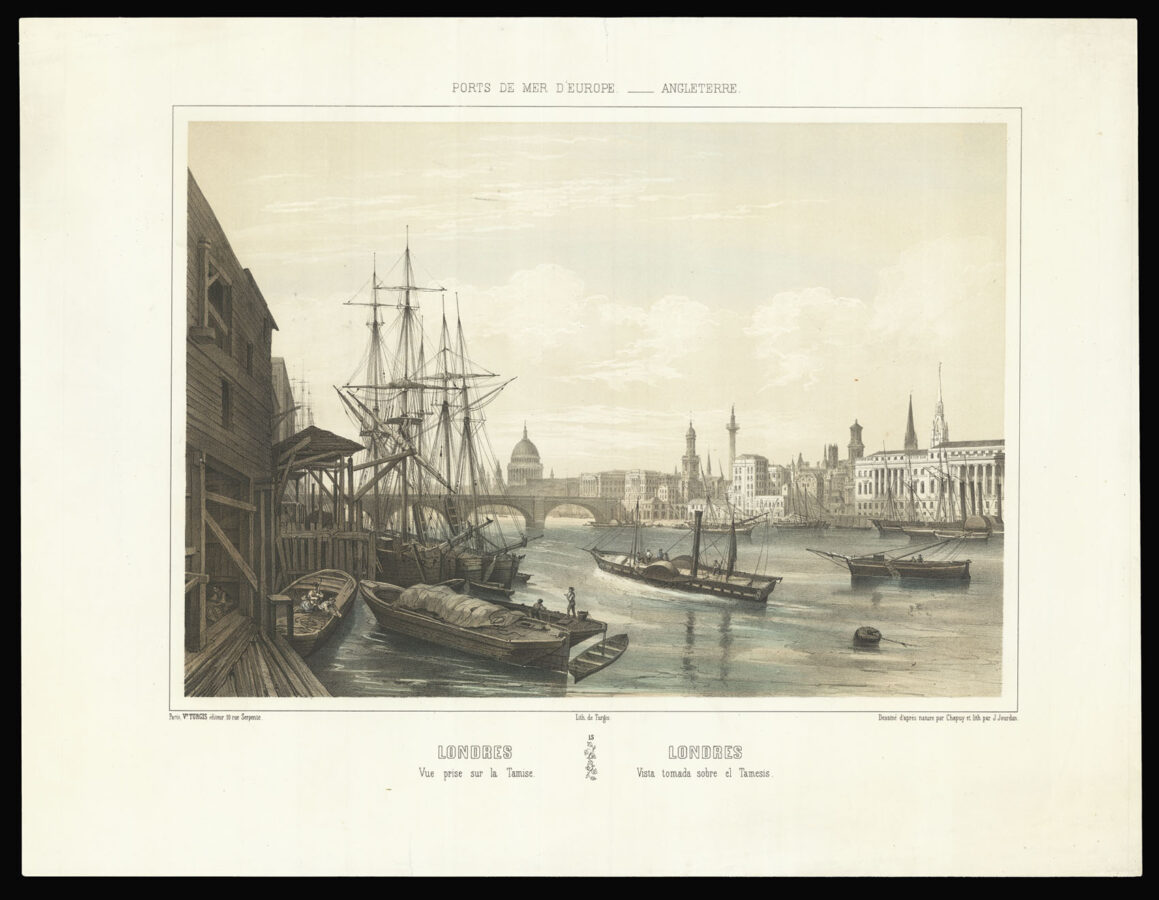 A charming river scene looking towards London Bridge, with St Paul’s Cathedral visible in the background.

The print is from a series by Nicolas Marie Joseph Chapuy showing well known European sea ports. Chapuy (1790–1858) was a French architect and artist, serving initially in the French civil service and overseeing the restoration of medieval buildings. After the fall of Bonaparte, he refused to renounce his allegiance to the Emperor and left the government in 1817, beginning a career as an architecture and landscape artist. He travelled throughout Europe and found success through portraying well-known landmarks.