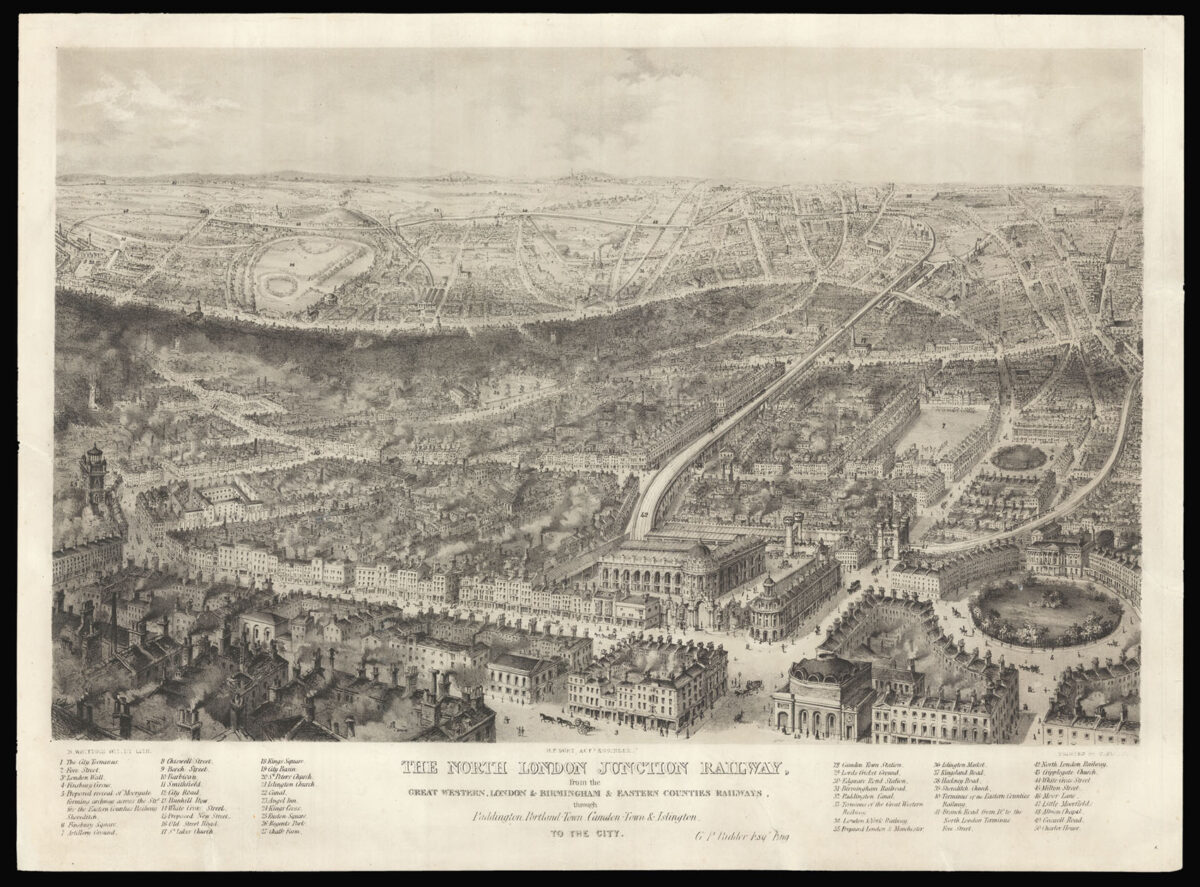 A bird’s-eye view of London with the proposed North London Junction Railway, showing the main railway lines and stations in London, with a numbered key at the bottom. The view is taken from a point above Bank Corner looking north across London, Hampstead and Highgate being on the horizon. As the rail network in and around London grew, competing railway companies sought to amalgamate their resources. The North London Junction aimed to centralise the London and Birmingham, Great Western, London and York, and Eastern Railways into two termini, one ending at Farringdon, the other at Moorgate. The scheme would have incorporated two handsome gateways, a terrace on the west of Moorgate Street, and a romantically medieval Moor Gate serving as a bridge (Hyde). Branches of the proposed railway would connect it with the London & Birmingham Railway’s terminus at Euston and to the Eastern Counties terminus at Shoreditch. The scheme was advertised for public investment offering 32,000 shares of 25 pounds each (Tuck). Unfortunately, the terminus was never constructed.

The engineer in charge of the project was George Parker Bidder, an engineer who had made a peculiar start to his career as a calculating prodigy, exhibited by his father at fairs for money.