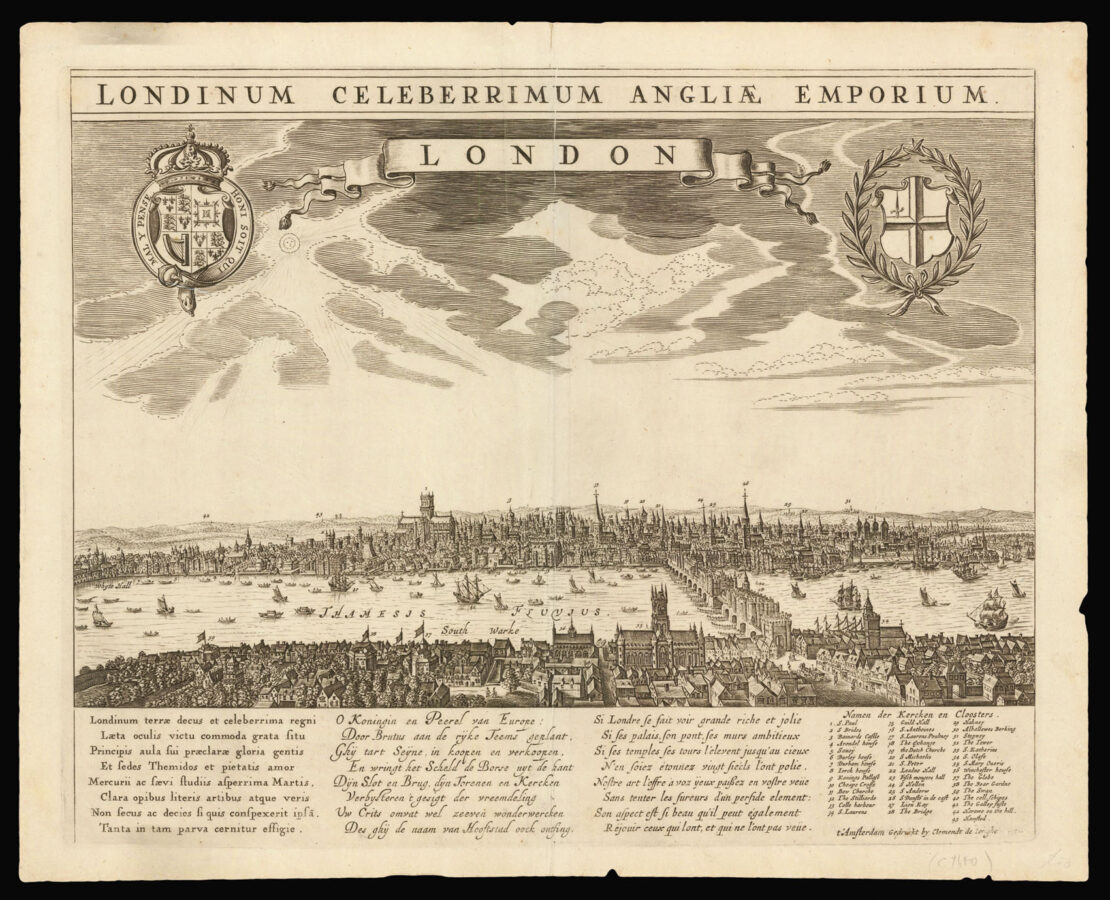 A print of the London skyline, with the crests of the Prince of Wales and the City of London. It is a copy after Rombout van den Hoeye’s bird’s eye print of the same subject, which in itself is a variant of Matthias Merian’s view (BM). It shows the old St Paul’s Cathedral and the Globe Theatre, suggesting a date before the Fire of London and before the Puritans closed the Globe in 1642. The British Library example is catalogued with a possible date of 1670, but no justification is given.

Clement de Jonghe (1624/5–1677) was a Dutch printseller, and a friend of Rembrandt, who made a portrait print of him.