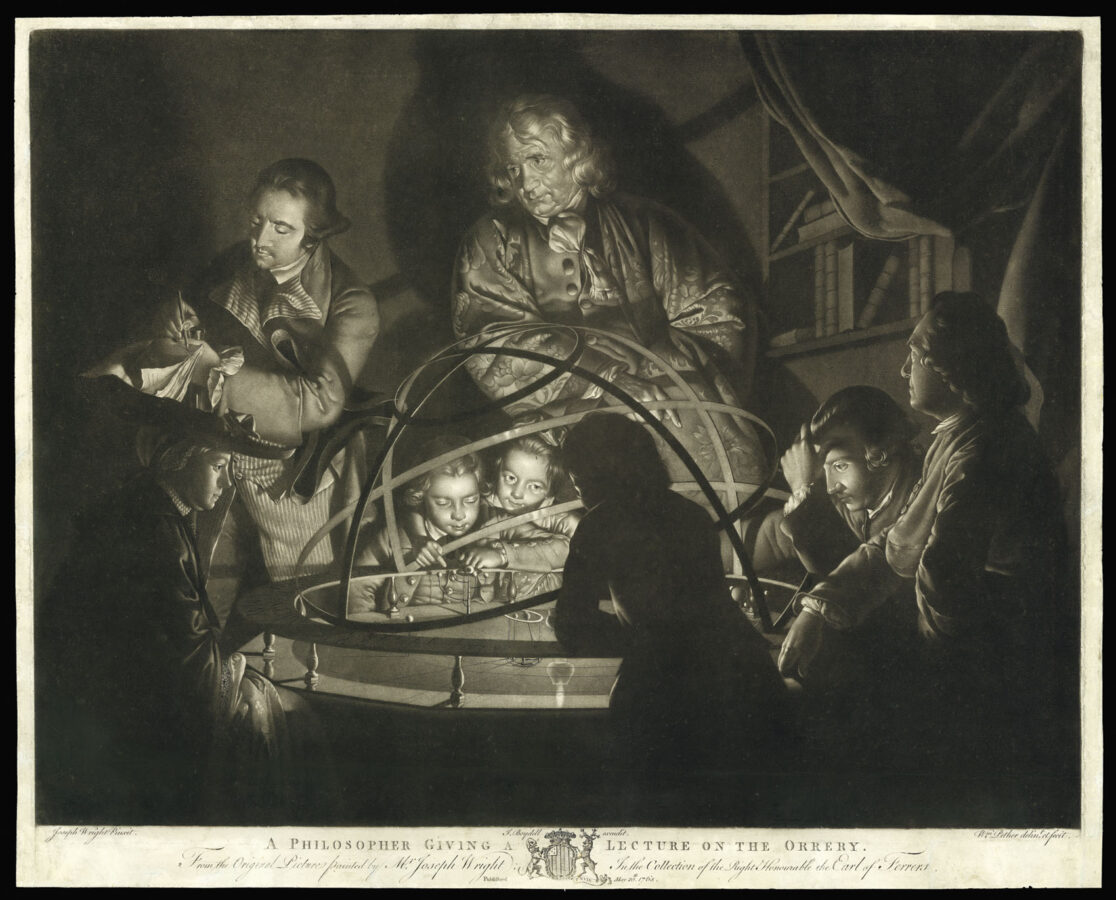 A lecture on the Orrery

A Philosopher giving a lecture on the Orrery. From the Original Picture painted by Mr Joseph Wright. In the Collection of the Right Honourable the Earl of Ferrers.

An orrery is a mechanical model of the solar system, named after the 4th Earl of Orrery who commissioned a pioneering example early in the eighteenth century. A lamp has taken the place of the sun, illuminating the orbiting planets so that the cause of eclipses and the changing seasons may be demonstrated. The earth and moon are visible immediately to the left of the boy silhouetted in the foreground. The metal hoops are a projection of the earth’s axis, at an angle to its orbit around the sun.

The painting was bought by Lord Ferrers, a keen scientist who may be the older man on the far right, surrounded by his friends and family. The philosopher, who has paused in his lecture while the younger man on our left takes notes, wears his silvery hair long, in the style of Sir Isaac Newton, whose theory of universal gravitation had been published in 1687.

In 1768, two years after exhibiting this painting (Museum and Art Gallery, Derby), Wright completed his Experiment on a Bird in the Air Pump (National Gallery, London). These are Wright’s two most celebrated paintings, famous for recording the eighteeth-century fascination with science and capturing something of the awe felt when nature’s mysteries were revealed.

In this mezzotint, Pether (1728–1821) succeeds wonderfully in enveloping the scene with chiaroscuro, the dramatic light and shadow of the painting. He simultaneously preserves the crisp precision of the scientific equipment.