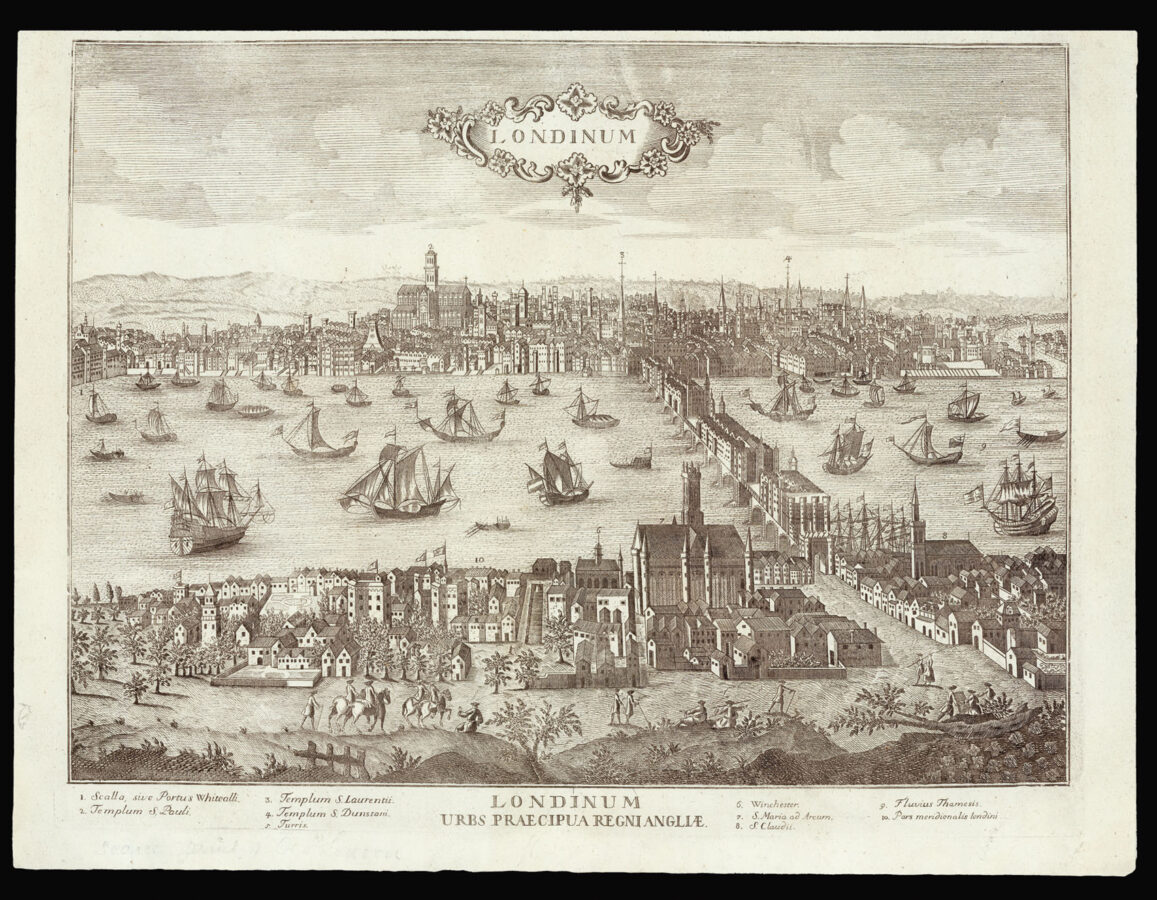 A Latin version of Aveline’s view of London

A Latin version of Pierre Aveline’s view of London. Although the title cartouche has been changed, the engraver has not changed the tower of St Paul’s Cathedral to its post-Fire state. Although it is intended to represent contemporary, eighteenth century London, it still shows the Elizabethan theatres in Bankside.

Scouloudi records this as a variant of the view published by Antoine Aveline (1691–1743) in the early eighteenth century, but she does not record the copy published by his father, Pierre Aveline. The present example could therefore be a variant on either the father’s or the son’s.