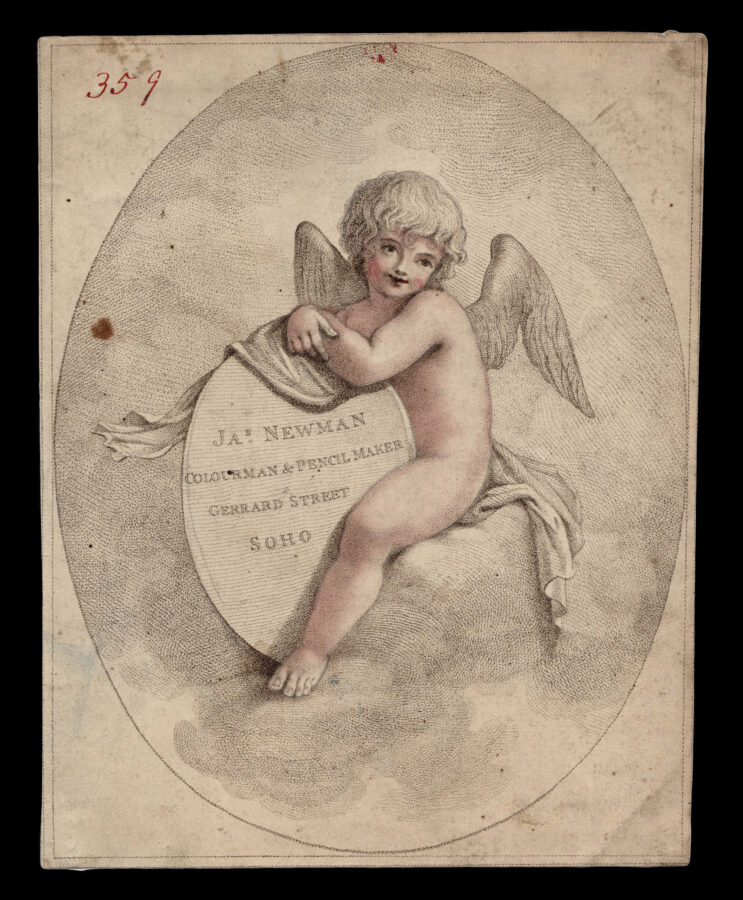 A is for Art Supplier

By NEWMAN, James; and Giovanni VITALBA, 2417

First issue of this trade card, published by James Newman (c1757-1835), the founding father of James Newman Ltd, established his firm at Gerrard Street in 1784. It was still supplying artists from premises in Kensington High Street until 1959. The later issue (BM Heal 89.106) appeared in 1803 with Newman’s addres given as Soho Square. Designed for Newman by Giovanni Vitalba (1738–1816), an Italian artist, pupil of Bartolozzi, and living in London.

Described by the National Portrait Gallery as ​“one of the leading businesses of the late 18th, 19th and early 20th centuries. Early trade cards, dating to the period from 1785, establish James Newman as successor to Lawrence Smith of Princes St, who was possibly his grandfather. These trade cards specify his product range, including colours made by Reeves. Newman, or more probably his father, apparently also named James, is known to have been active as a ​‘pencil maker’ from Princes St, Leicester Fields as early as 1774 when one of the artists exhibiting at the Society of Artists annual exhibition, the engraver, Monsieur Letteret, gave this as his address in the exhibition catalogue… James Newman was one of three businesses singled out in 1811 by the drawing master and flower and landscape painter, John Cart Burgess, as having brought watercolours to the greatest perfection, the other two being Reeves & Woodyer and Smith, Warner & Co. ​“In my opinion”, Burgess wrote, ​“Mr Newman may justly claim a pre-eminence over all other colormen”, singling out certain colours made by Newman as peculiarly excelling those of other manufacturers: Red Lake, Indian Red, finest Ultramarine, English Smalt (“never ground sufficiently fine for use, except by Mr. Newman”), Antwerp Blue, Gamboge, Indian Yellow, Constant White (“the only one that I have found durable”), Sepia and Vandyke Brown. In the same year, 1811, another commentator, Paul Sandby’s biographer, while attributing the improvement in watercolours to John Middleton [see item XXXX], described them as ​“now brought to so great perfection by Reeves, Newman, and others”. 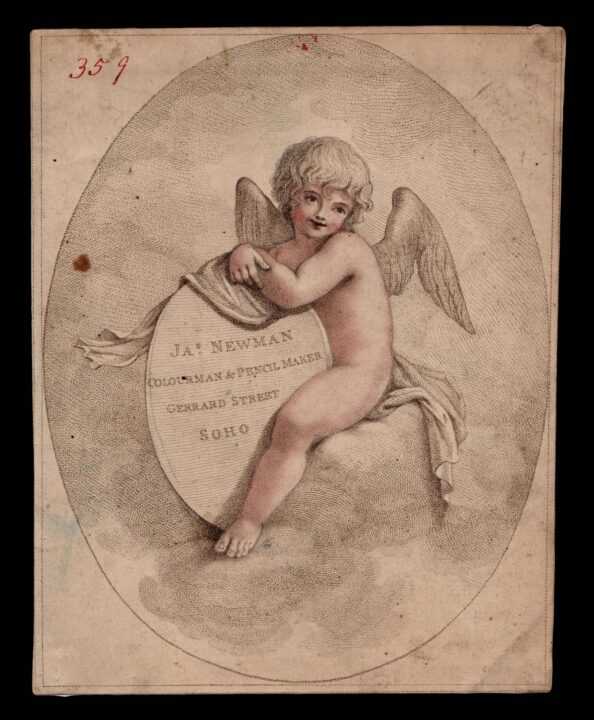