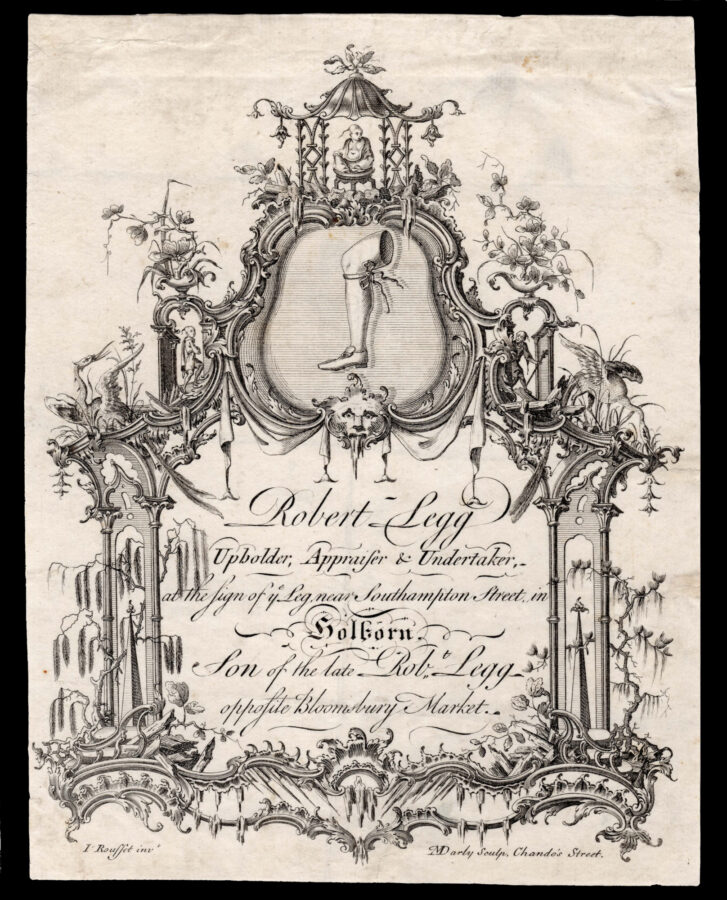 A is for Appraiser

Robert Legg, the elder, had founded the family undertaking business with his wife, Elizabeth, which flourished from 1707–1738, after which it was inherited by his son, Robert Legg, the younger.

This later Legg’s elaborate trade card, featuring exotic Chinoiserie motifs, was engraved by Matthias Darly of Chandois Street, son of well-known engraver of satirical prints, Matthias/​Matthew Darly (c1720-1775), who had worked with Chippendale during the 1750s. 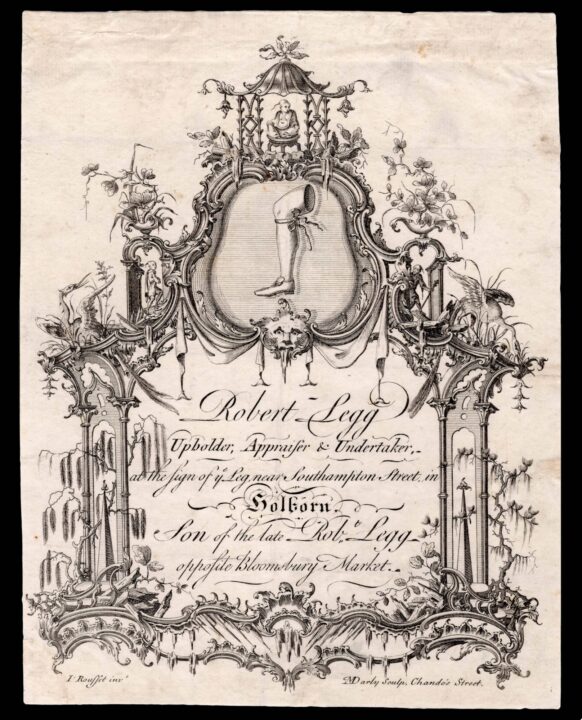