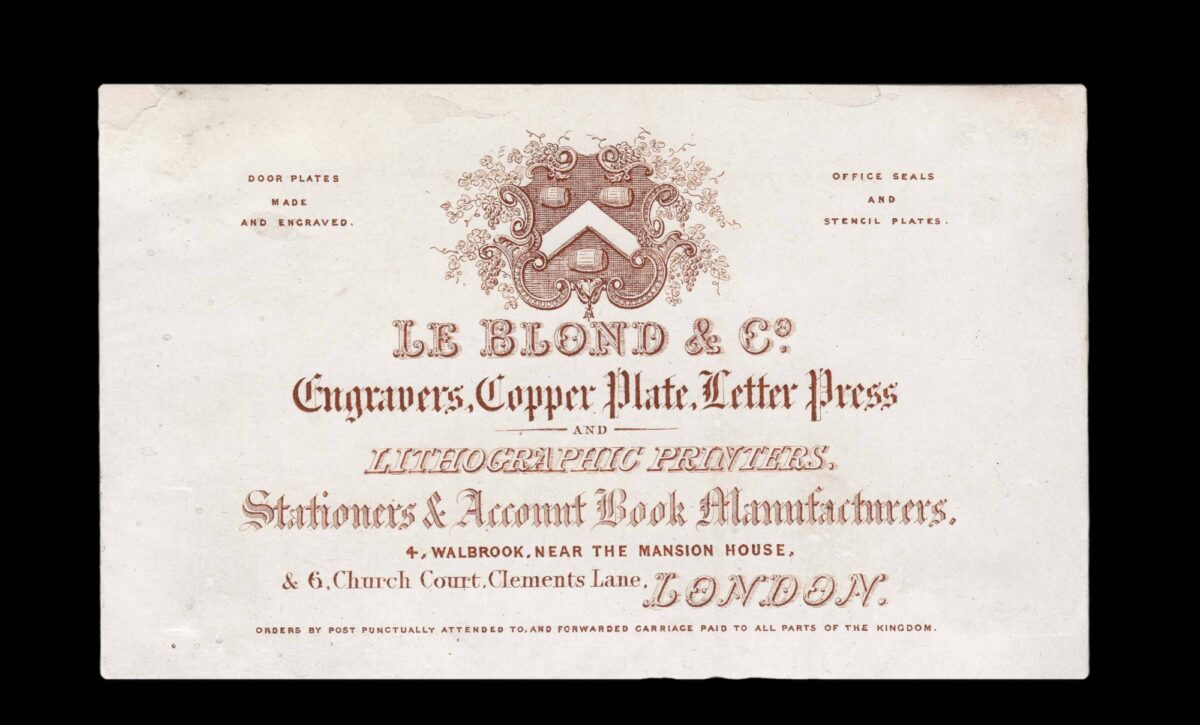 Family lore holds that the Le Blonds were descended from James Christopher Le Blon, ​“the well-known figure who in the time of Hogarth was the first to print pictures in their natural and proper colours from a series of metal plates, which was the real origin of printing in colours by the three-colour process” (Courtney Lewis). It is therefore fitting that the Le Blond & Co., firm of printers, established by brothers Robert (1816–1863) and Abraham (1819–1894), in about 1840 in Walbrook, is now most often associated with the iconic ​“Baxter” print. George Baxter had obtained a patent for a process of printing in colours with woodblocks in 1836. In 1849, Le Blond became a licensee of the process, continuing to reissue prints by this method until 1868, when the proliferation of chromolithography, superseded it.

By 1847, the firm had moved to 24 Budge Row and Walbrook. In 1881 the business of Le Blond & Co. was moved to Carron House, 14 Upper Thames Street, London, with works at Kingston, Surrey. When it moved it borrowed money on debentures, under which, in 1894, a receiver was appointed, who sold off all the assets, the business itself being ultimately purchased, we believe, by Messrs. Fry and Barclay.