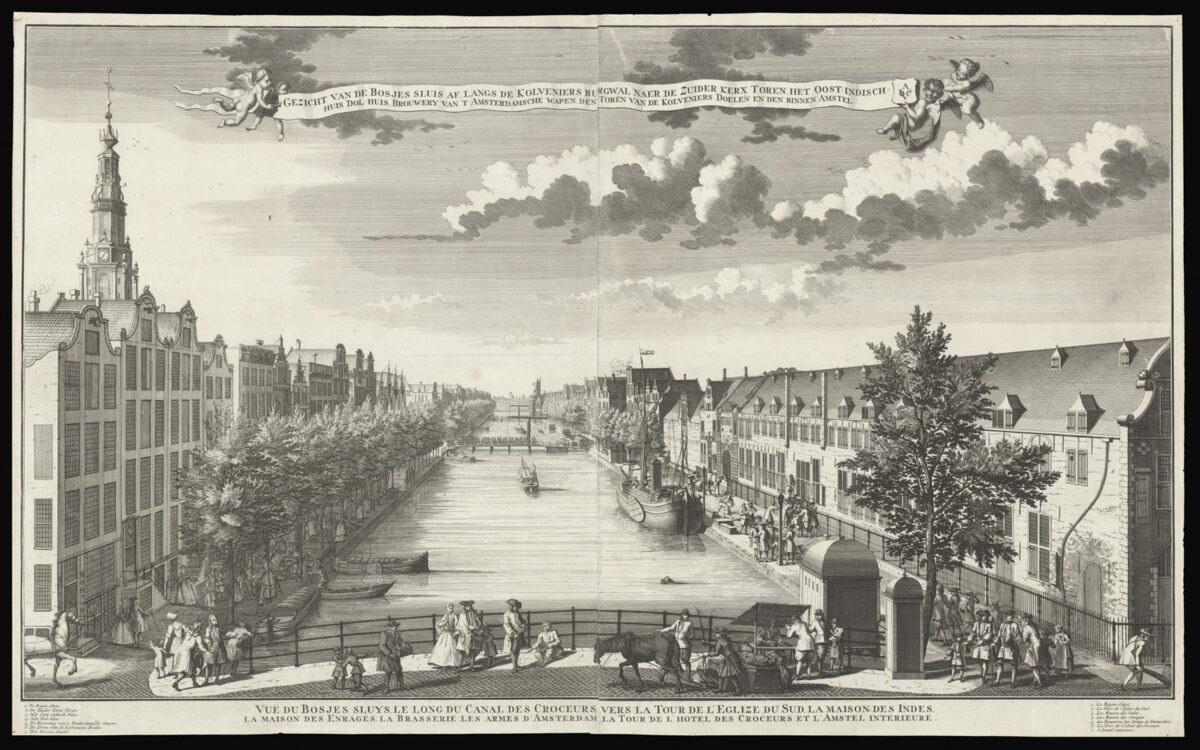 View of the Kolveniersburgwal, taken from the Bushuissluis looking towards the Amstel river.

A key in Dutch and French lists seven places of interest these include among others the ​‘Bosjes Sluis’, the bridge spanning the canal; the impressive Zuiderkerk tower; the Oost-Indisch Huis, or East India Company House; and the tower of the Koveniersdoelen, from whence the canal gained its name. The Kloveniersdoelen (“musketeers’ shooting range”) was a complex of buildings in Amsterdam which served as headquarters and shooting range for the local schutterij (civic guard). The companies of kloveniers were armed with an early type of musket known as an arquebus, known in Dutch klover, hence the name kloveniers.

The print depicts a bustling city with gentlemen and women rubbbing shoulders with street vendors and beggars. To the right of the view a large barge is shown off-loading its wears next to East India House. To the left women are shown unloading crockery for sale in the local market. Further down the canal more boats ply their trade and in the distance the one can just pick out the Amstel river.

Bastiaen Stoopendaal (1636–1707) etcher, engraver, painter, and draftsman lived and worked in Amsterdam, he was father of the artist Daniel Stoopendaal, and his most famous pupil was Jan Kip. 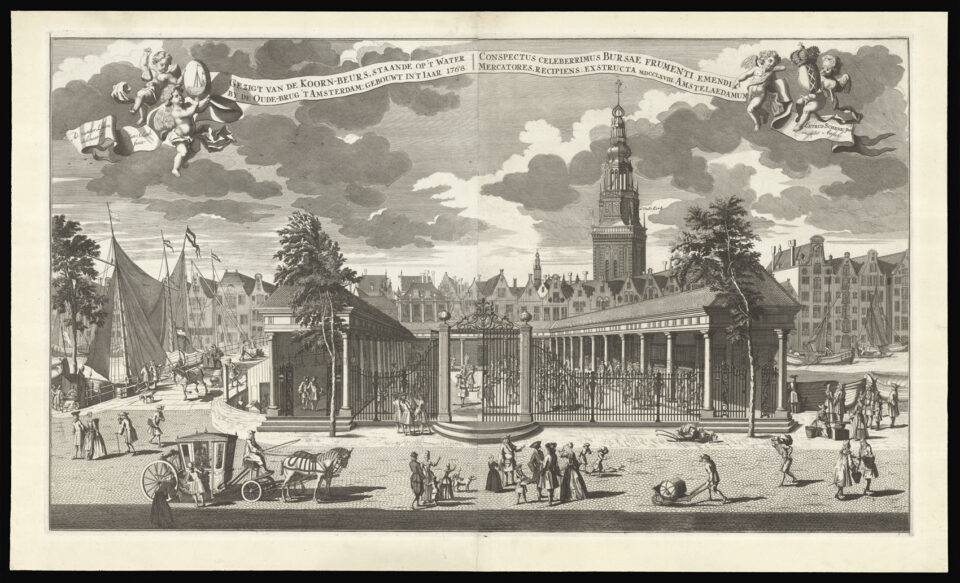